Hello:I am a recent fan of Betty Neels and

While at a thrift store recently I came across something I thought you might be interested in--an old copy of the magazine "The Lady", where so many of our later heroines looked for jobs, placed ads in a desperate attempt to get away from a RDD, etc.

It is an older copy of the magazine, from May of 1963, so it wouldn't have been one used by our Aramintas, looking for that caretaker/housekeeper job that just might end in marriage to a rich doctor, but I bet it is pretty similar to the magazines of later years.

I have attached four pictures from the magazine, including the cover, an advertisement page, a sample of job ads, and some listings for student nurse positions.

I hope they are as interesting to you as they were to me. 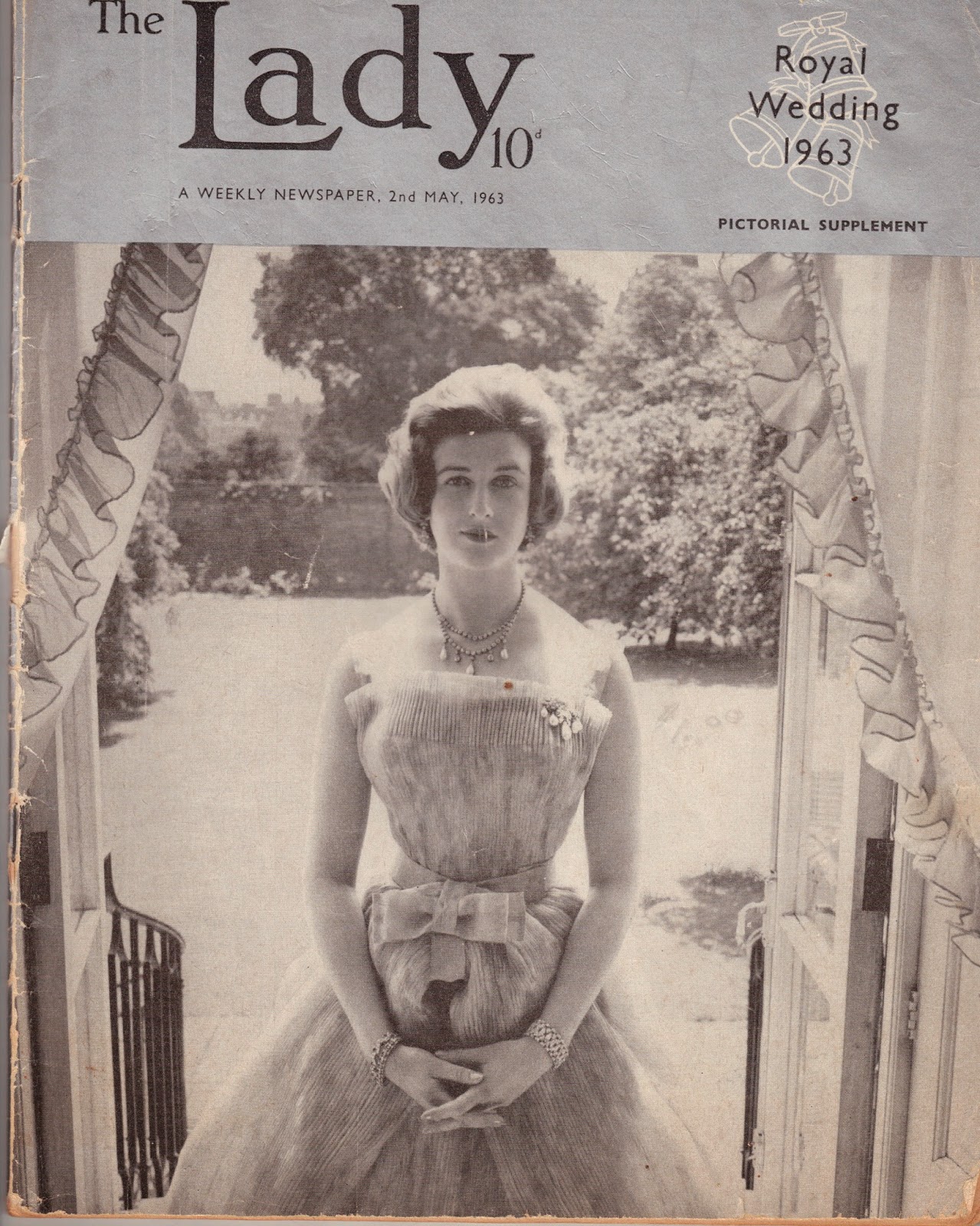 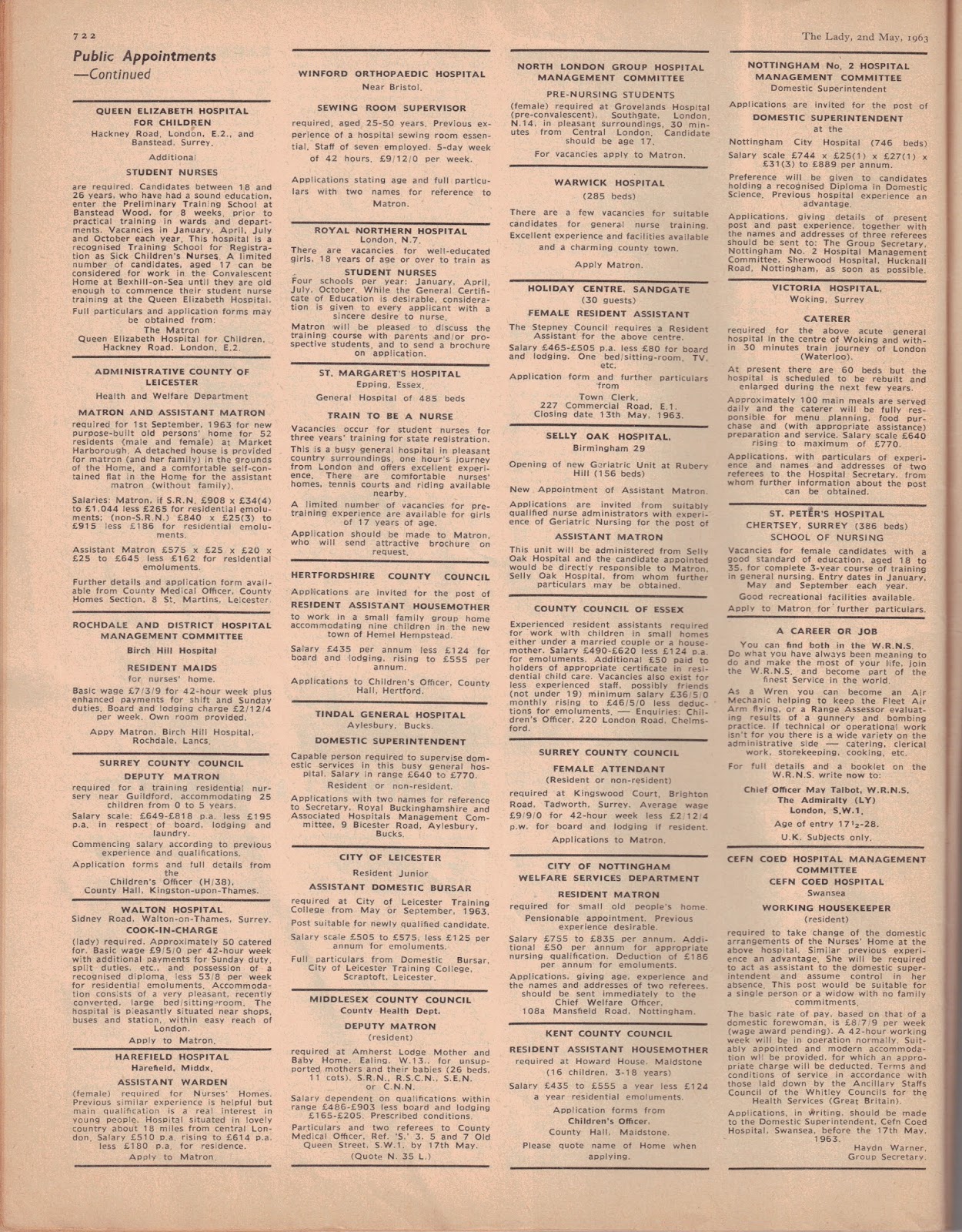 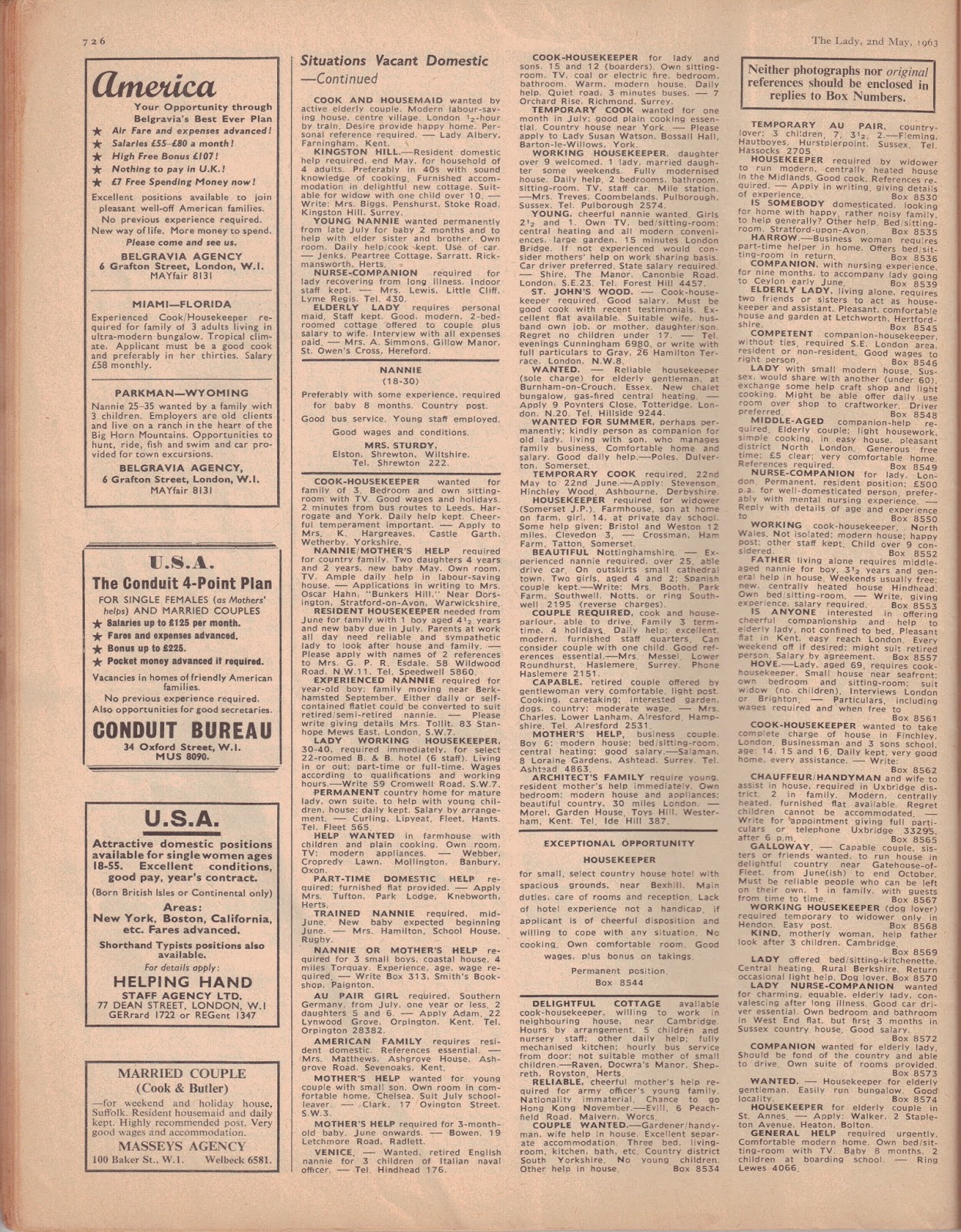 The ads here are so awesome!
I definitely need a "relaxator" and I'm dying to know if "Miss Smallwood's Society" is legit.

I had to google the royal wedding referred to on the cover, and here's a snippet from Wikipedia:

...Princess Alexandra was born on 25 December 1936 at 3 Belgrave Square, London. Her father was The Prince George, Duke of Kent, the fourth son ofGeorge V and Queen Mary. Her mother was Princess Marina of Greece and Denmark, a daughter of Prince Nicholas of Greece and Denmark and Grand Duchess Elena Vladimirovna of Russia. She was named after her paternal great-grandmother, Queen Alexandra, her maternal grandmother, Princess Nicholas of Greece and Denmark, and both of her maternal aunts, Countess Karl Theodor of Törring-Jettenbach and Princess Paul of Yugoslavia. She received the name Christabel because she was born on Christmas Day like her aunt by marriage Princess Alice, Duchess of Gloucester.
As a male-line granddaughter of the British monarch, she was styled as a British princess with the prefix Her Royal Highness. At the time of her birth, she was sixth in the line of succession to the British throne...

... On 24 April 1963, she married the Hon Angus James Bruce Ogilvy (1928–2004), the second son of the 12th Earl of Airlie and Lady Alexandra Coke, at Westminster Abbey. The wedding ceremony was attended by the Royal Family and was broadcast worldwide on television, watched by an estimated 200 million people.

Ogilvy declined the Queen's offer of an earldom upon marriage. This meant that any children they might have would carry no titles at all.

Congratulations on your fabulous find, and thank you so much for sharing it with us!