Results and The Barfing on His Brogues Bracket (Round 3)

We are skating on very thin ice now, Betties. Round Two was finished in spectacular fashion with some heartbreaking losses (at least, they are for me). Polly didn't survive the juggernaut of Cassandra By Chance, for instance. She was always doomed but I hold her in great affection. Here is a look at the horrors ahead in the next round.

The Secret Pool vs.
The Little Dragon

The Hasty Marriage vs.
Discovering Daisy

Tabitha in Moonlight vs.
Cassandra By Chance

Roses Have Thorns vs.
Damsel in Green

The Promise of Happiness vs.
bye--no match this week

There were two Unfortunate Ties I had to break and, like a woman of courage, I made Betty Debbie disappoint the assembled Betties. She chose The Secret Pool over Always and Forever ("The Secret Pool is the only one that makes me cry--so much PATHOS! Always and Forever has York but I find the step-father creepy."). In the other match-up she chose The Little Dragon over The End of the Rainbow (she admitted that it was a harder decision and in the end went with The Little Dragon...and then she sent me a GIF of Chuck Norris punching things. This is hard, you guys.)

I moved Roses Have Thorns into a match-up for next time and gave The Promise of Happiness (or Becky and the Baron, the Hot, Hot, Baron) a bye. 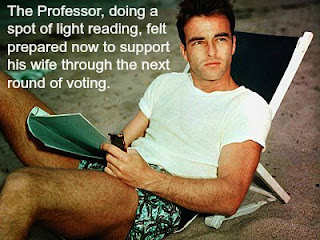 I've made the decision to put off a wildcard vote until after the third round. We're going to really need it. And so on to The Barfing on His Brogues Bracket (Round 3)!
Posted by Keira at 8:35 AM 15 comments:

Results and The Imperiled Poppets Bracket (Round Two)

A trail of broken hearts runs through The Hocket Locket Bracket (results below). There were no slam-dunks here and I was terrified right until the end that I would have to break ties right and left. As it was, I only had to break one tie and I am going to spend the rest of the day locked in the closet with some Tillamook ice cream to drown my tears.

The match-up was between Never Say Goodbye (which I hold in enormous affection. I am always dinging for Heaven is Gentle for being so dreary up in Scotland but this one goes to bleak Communist Poland and I am ALL IN for that The Amber Necklace of Unspoken Passion Resting Underneath the Twin-set of Stoicism.) and Matilda's Wedding (Which I gave the win to because of the plastic chamber pot she buys for the doctor's waiting room, because she has to shower at the pub during the village sickness, but mostly for that image of her sweeping rubbish in the wind on her front porch with a bit of sack tied around her waist as the doctor speeds by.)

Another of the books it makes me really sad to see drop out is A Kiss for Julie which I have in large print. Because of this, I am not sure it hasn't made me super-biased. But I love the clothes she cobbles together and the projectile she hurtles at the head of an intruder. Good stuff. (Sniff. In happier news, Tillamook just came out with a special batch of Oregon Strawberry Lemonade. I'm going to polish off this gallon and get some more. I just looked at Dearest Mary Jane and can. not. with this.) 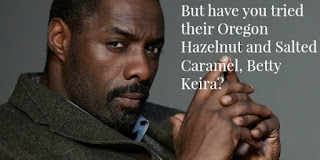 We're moving on to the final bracket of this round: The Imperiled Poppets Bracket (Round Two). There are some match-ups in there that suggest I start putting quantites of ice cream into food storage for the duration. Have fun!
Posted by Keira at 2:51 PM 17 comments:

Results and The Hocked Locket Bracket (Round 2)

Voting must have been difficult for The Handful of A Levels Bracket since there wasn't a book that didn't get at least a handful of votes and, in the comments I found some impassioned pleading. (Betty Melody about the doomed 'Saturday's Child': "Come on, people!") Going forward, I pushed 'The Magic of Living' into a match-up and will be giving 'A Gentle Awakening' a bye. I feel that Florina's lemonade escapade is bye-worthy. 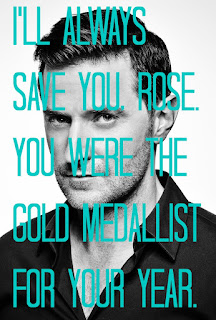 Now on to The Hocked Locket Bracket. It's really hitting me that after this round each of the brackets will be so small. I'll have to decide if I want to slip the Wildcard nominations at the end of Round 2 or Round 3 when, I suspect, some real weeping will being going on. So keep that in mind and let me know if you have a preference.

As ever, if you are new to The Uncrushable Jersey Dress (welcome!) you are more then welcome to pop into the voting at any time. (We've closed voting on the bracket you see above and are voting on the link that is just below it.) Again, feel free to vote for what you can, for any reason you want. We love to read your comments after you have posted your votes for the internal battle you had to fight inside yourself in order to vote the way you did. You may vote here or over on the Facebook page under the post. Happy voting, Betties!
Posted by Keira at 2:31 PM 12 comments:

Results and The Handful of A Levels Bracket (Round 2)

A thousand apologies, my Betties, for not letting the blog know (I told FB!) that I was taking a week's hiatus to escort the van Voorhees children on a cultural tour of San Fransisco for their half-term holidays. Bikes were ridden, ice cream consumed, family visited, boats boarded...We did it all.

The Barfing on His Brogues Bracket name now feels like an ironic joke. Pledge Four sickened for one eventful day and had an episode all over his tolerant aunt. Good thing he is so adorable.

I hated (HATED) to have to break one tie between Blow Hot, Blow Cold and An Old Fashioned Girl. I chose the latter because I love local folks conspiring to get Patience a job, her shapely legs, the blizzard, the dampening she gives the Professor's ego (taken from Betty Debbie's review):

Her (on silently setting down the tea tray in his study): I was told to make no noise...she added kindly, "I dare say you're busy with your book - is it about surgery?"
Him (I imagine a little pompously): Of course it is. It's a learned textbook - a sort of a reference book.
Her: Like Mrs. Beeton's cookery book - full of instructions about the best way to cook food, written by an expert.
Him: Is that a compliment? 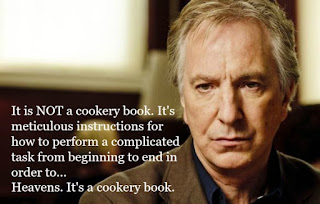 The further into the voting we get, the fewer ties I want to break. (Hint, hint) It's so hard when there are things to love about each book going forward.

EDIT: I just can't do it. After a morning of second-guessing and careful trawling of the record, I'm giving it to Blow Hot, Blow Cold instead of An Old-Fashioned Girl. To those that are sad, I offer you the wild-card round!

One of the books that was a real loss to me was Making Sure of Sarah (falling to The Vicar's Daughter). I knew it could not hold out for long against books that come earlier in The Canon and are full-length novels. But I loves it, anyway.

The only book to come away with no votes was When May Follows against The Girl with Green Eyes.

Here are the results and how the bracket will be configured for the next round. I decided to give Caroline a bye this week because who are we kidding...

Now onto The Handful of A Levels Bracket (Round Two). Enjoy the handwringing and heartbreak ahead...

Here's the link to the Book Review Archive for reference.