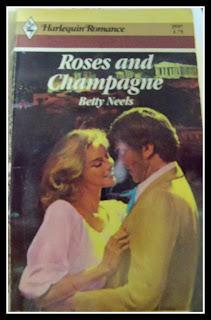 There is nary a whiff of medical fiction in this book. No doctors, Dutch or otherwise, no nurses, plain or pretty. There is a mention of the heroine skinny dipping with the hero and near the end they sleep together. WHAT??? Nakedness and sleeping together? This is Betty Neels, is it not? Don't fret, Gentle Reader, all will be explained. 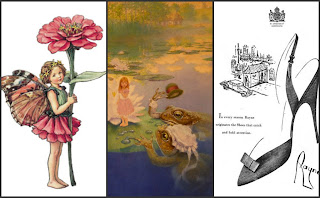 Katrina, 27, is the plainer older sister here (the Araminta). She goes about her "household duties" for an hour....what household duties??. When her parents died (in a car accident, natch) they had left her, along with the Regency house and splendid gardens and paddocks, also Mrs. Beecham (cook/housekeeper), Lovelace (chauffeur, houseman and part-time gardener), two girls from the village who came each day to help in the house, and Old John...who despite being a little light in the head worked magic in the garden. She dresses in well-cut, expensive clothes...that are dull. I think this is the only time I've read a Betty Neels wherein the heroine has poor taste in clothes. Usually their taste is just fine, they just don't have the money to indulge it. She does have expensive taste in shoes - favoring high heeled models by Rayne and Gucci. She is a first-class driver, unusual in a Neels heroine, but not unheard of. Katrina drives her own Triumph Sports...quite elderly now but still going well. She does have a one of a Neels kind of career. She illustrates childrens books. Katrina paints hobgoblins and flower fairies. You heard me, hobgoblins and flower fairies. For some time, since their parents died (no idea of how long ago...but not recently), Katrina and younger sister Virginia (age 20) have been having to make do with their monied existence. Not to s 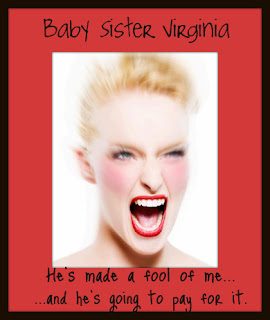 ay they are rich...just well to do. By the way, Virginia is just about as vile a piece of Neels younger sisterhood as you'll find. She tells Katrina at one point "I know you've no looks to speak of, but you've got a good figure - why don't you tart yourself up a bit?" That's it, I need to tart myself up a bit. Katrina is very typically blind to her sisters faults.

Lucius Massey. 34ish. Has know Katrina since her pram days. Lives in the larger mansion on the adjacent estate. "Well, surely we've known each other long enough for me to make a few brotherly remarks without you coming over all modest?"..."Why, I remember - let me see, I must have been about twelve and you five - we went swimming in the river, and you without a stitch on." I'm a little appalled that a twelve year old boy would be taking a five year old girl swimming...but I do like that he "had a painful interview with Father in the study." He has always been there for Katrina...in a rather brotherly fashion. He has been taking Virginia out for the past year - as a favor to Katrina. By the way, he's a chartered accountant. Besides his Jaguar, he also drives a Bently Turbo.

Story: Virginia is storming about the place alternately weeping and plotting vengeance. Supposedly Lucius has thrown her over...but since she never loved him, and he never loved her, this is clearly bunkem. She's just throwing a tantrum of epic proportions. And to add insult to injury she lies about what happened and tells all and sundry that Lucius left her for Katrina. "...she has explained at some length to everyone who would listen, she had no chance against your brains, elegance and-er-knowledge of the world - oh, and I almost forgot, your maturity." Virginia immediately goes off and gets engaged to a fairly wealthy young dolt that she can wrap around her finger. Lucius takes this golden opportunity to bulldoze Katrina into courtship and an engagement...so as not to make a liar out of Virginia. He obviously has more than that on his mind. His plotting is fairly fun...it involves coercing Katrina into spending a bundle on a new wardrobe - full of more colorful clothes that "do something for her". At one point he asks Katrina "Do you have any indigent aunts or cousins?" He tells her they will come in handy in keeping her house in the family so that perhaps their second son can inherit. She definitely didn't see that one coming. This is a faux engagement, right? They spend a lot of time riding together in the morning, driving up to London to go shopping, taking care of Upper Tew(the village), hosting parties, going to parties, etc...leading fairly posh lifestyles. On Christmas Day Katrina has a dawning realization that she is...gasp...in love with Lucius. She Can't Let That Get in The Way of Their Friendship.

They swan about - going to and fro from their nice houses - eating dinners that their devoted cooks make for them, being locked up after by their devoted housemen. There is a lot of driving up to London to turn in illustrations and shop for expensive clothes in boutiques (not Harrods - because that's where she gets her dull clothes). And possibly to do some chartered accountancy.

Just after New Years they go on vacation together to Greece. He's been to Greece four or five times 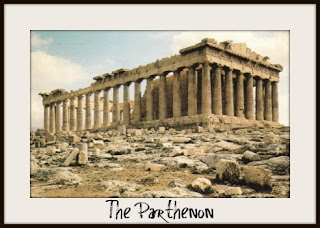 before, and of course he speaks the language. They run into an elderly pair of sisters who are also on vacation. Addy and Dora. We first meet them at Heathrow, before they get on the plane. Addy is timid and nice. Dora is cross and judgemental. She snorts at Katrina as she walks past her on the plane. Not to worry. Katrina and Lucius's vacation in Greece will be comme il faut ("Being in accord with conventions or accepted standards; proper.")...up until the earthquake. Yup, just as they are about to sort out their love, the earth moves. In my experience, that usually happens AFTER the declaration of undying love. Evidently Lucius needed to get Katrina really alone so that she would listen to him. Their car is destroyed, so they have to walk six or seven miles back to a village. Thankfully Katrina is wearing sensible shoes. They help out at the village for a couple of days sleeping together on the ground, outside(they are chaperoned by the entire rest of the village).
The couple return to England, without any declarations of love, snotty little sister Virginia shows up like an antibiotic resistant infection and manages to make Katrina think that Lucius is seeing another woman...Katrina gets jealous - then finds out Lucius was just helping his pretty cousin find a flat. Cousin Mary is not only already married, but she's preggo to boot. Katrina storms the castle, er, Lucius's study, tells him she loves him...he says he's loved her forever, and by the way, he has a special licence burning a hole in his pocket. They kiss, the end.
Fun things about this book:
Food: Betty Neels must have been on a diet when she wrote this...and worked all of her food cravings into the story. Ploughman's Lunch, cheese souffle, boeuf Stroganoff, ruche glacee, wild duck, globe artichokes, lemon sorbet, mushroom soup, vol-au-vents, eclairs (twice!), cocktail sausages, chicken and mushroom bouchee, cheese tartlets, scones, sausage rolls, eggs en cocette a la creme, trifle, moussaka, pilaf, chocolate sponge. 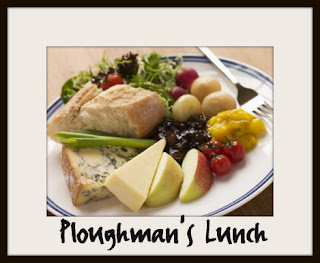 Fun Quote: "You beat all the Greek goddesses into cocked hats."
Rating: This is a tough one to rate...some of it I liked quite a bit but overall I found it uneven. Virginia was deliciously outrageous at times, but often just annoying. Katrina may have been a talented artist - but that is given short shrift. Lucius is a chartered accountant, for goodness sake. I think what bugs me most about this book is the fact that Katrina has to do all the hard relationship work...come on Lucius, help a sister out! In fairly typical Neels fashion, the hero doesn't admit to love until the heroine does, in this case less than half a page before the end. Half a page to wrap it up. I'll give it a Treacle Tart.
Posted by Keira at 8:00 AM