There is a ton of stuff I love about The Bachelor's Wedding.  I do love a plucky heroine, and Araminta fits the bill.  I adore how she deals with the recalcitrant teenagers. Here are a couple of clips from my discussion thread:
Enjoy!


﻿﻿﻿
The Bachelor's Wedding was a well-liked novel in my library but with this reading, and the attention to structure and character and the copious notes taken, I began to see more. Let's go, then:

Characters:
Surgeon Jason Lister lives in a Regency house in London, has a cottage in north Essex, two married sisters (who we get to know and everything), two golden Labs (Goldie and Neptune), spectacles (he must be half-blind when he reads because he wears them a lot), a dark gray Rolls Royce and reads Homer, Juvenal and Horace in the original...of course. I do not know his age but I guess mid-thirties.
Araminta Smith (yes Araminta of The Araminta fame) is twenty-three and, by his description, "Plain...nicely plump, large dark eyes, and a very direct manner." She is also saddled with the two most useless relations in all Neeldom. Alice (as in Mao, Stalin, Hitler and Alice) and her father who goes around in the background muttering things like, "I gave Alice the housekeeping to buy a faux-leather coat. You're hard, Araminta" and other similar guilt-inducing lines.

Plot:
Jason's sister's husband is sick in Chile (somewhere with something--we never know what) and she needs him to get a temporary nanny so that the 13-year-old Gloria and the 15-year-old Jimmy can come stay with him and his two trusted but old retainers. Hmmm...Two kids would upset a house that much? I would have said no, Araminta. Still, she's dispatched to Tisbury to collect the horrors, pour tea down everyone's throats and bring them to London.

They stay in London. The children don't do anything like light her braids on fire but that is probably only because they couldn't find the matches and she wears a bun. They are rude, disagreeable and constantly begin arguments about not picking up their clothes or unpacking or raising a finger by starting each sentence with, "Patty doesn't..." or "Patty always does it..." (Patty is their nursery-maid cum slave who is away with a dying mother.)
She also takes the children back to Tisbury after the week for another week or two. Jason sees her occasionally and reads the kids the riot act for treating Araminta like a servant (which she is, in a way, so I don't get why it's so outlandish that she should eat in the kitchen with the staff). He thinks to himself that it might be nice, having a wife like Araminta, being a buffer and a friend.
When she returns to London she gets to hear that her father and sister have been running up bills (never with a credit card...always just a tab...in London...in 1995). She gets a part-time job ("I hope you're strong.") tending a cranky geriatric woman whose only occupation in life is spoiling sheets and berating the help. But it's okay because Jason's shown up and whisks her off to lunch where he proposes, beginning with a line most calculated to have the butter dish upended over his head, "I have decided to take a wife...so I must settle for second-best." He then makes her quit her job which should offend my feminist sensibilities but never does.
Bloody Alice and Finkish Father react with typical selflessness and the upshot is that Araminta walks down the aisle on her father's arm (who was probably bribed to be there--her sister, receiving no incentive, fails to show up) in a new suit bought from proceeds that Jason secretly channeled through her father. And, as in the old game Telephone, funds were lost in the transfer. That's right. Jason is the U.N., Araminta is a starving Serb and her father is a Balkan warlord.
She takes up tapestry work (you know what that means), goes through the linen closets (always the first order of business for a newly-wedded bride) and spends no time wondering why none of his family was invited to the wedding--and neither should you. It's not important.

And then they go shopping. Bless our Neels heroes for their stubborn adherence to the maxim that if some clothes are good, more clothes are better. But then he ruins it by failing to be properly bowled over by a nut brown crepe-de-Chine with a wide Quaker collar and cuffs in cream silk.
Hmmm. I too fail to understand why he would fail to be bowled over. Anyway, his inattention brings her attention to the fact that she would like his attention. To Harrods!
Some lipstick and powder applied with liberality and a soft rose-colored lamp finish the job. His eye is caught. Alice the Red and Finky Father have to be dispatched--which they are--to Bournemouth (a mere 86 miles away--which isn't as far as it needs to be) and their house is sold. Of course Jason did it. So, follow me here. The price for Araminta's happiness stands somewhere in the vicinity of a hundred thousand pounds. Have I mentioned I love Jason?
A storm comes, a nephew is saved, his leg is set (ew.) and a lot of Burberry is tossed about. 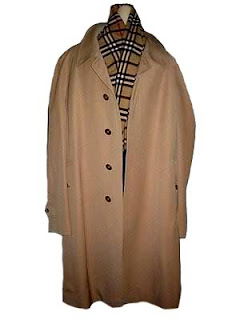 Wrap Up:
Until the wedding (on page 144) this is Jason's book. His progression from uninterested employer to unwilling friend to convenient fiancee is plotted along an unbroken line. There are no great leaps in logic and, I suppose, if one were planning a marriage of convenience this would be the way it came about. I take issue with his last name, however. Lister. Fine enough on its own merits but her name is Araminta and those young relations of his are one freak brainwave away from calling her Auntie Listermint.

Araminta consults a vicar when she wants to know if she should marry Jason. Actual religious duties of this nature are not unheard of but on the rare side for Neeldom.

Gloria and Jerry go to their rooms and play loud music on their "record players" in 1995. In that year it might have been Coolio's Gangsta's Paradise. Just saying.

Most un-Betty line: "I must stop drooling."

Rating:
Queen of Puddings. There are some seriously charming bits and the best line ever delivered to an awful child:
"We always do what we want," declared Gloria.
"So do I."
The couple are likable from beginning to end and if Dread Pirate Alice and the Fink are a mite two-dimensional, I humbly submit that 220 pages is on the short side for nuance.
Araminta plots her attack on the heart of her husband with a touching faith in the power of Harrods but is borne out in the end so there must be something to it.
Posted by Betty Debbie at 8:00 AM

Email ThisBlogThis!Share to TwitterShare to FacebookShare to Pinterest
Labels: queen of puddings, reprise, The Araminta