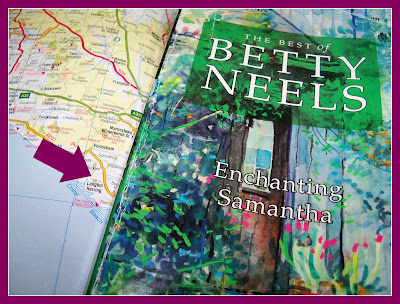 This book should have been great.  I am a Betty that always grades the Araminta novels on a curve (You noticed?) and I hope it doesn't mean that I need my head examined or that in my real life I abide any of that Cinderella muck about poverty and rescue.  But in a book?  Oh. My. Yes.  Enchanting Samantha fails to clear even that bar though for the simple reason that if you're poor and plain, you shouldn't bowl a turkey and be stricken with a bad personality too!  That's breaking the rules.  The plain ones have to have the soul of an angel.  Don't ask me why.  It's just so.  Yours always,  Betty Keira


Last week I reviewed the book "Cassandra by Chance", 1973 vintage Betty Neels. It was a fun, imaginative book. We here at The Uncrushable Jersey Dress, in an effort to portray all sides of the Betty equation, are now going to review...."Enchanting Samantha"...a dud. Not a complete dud, not a bottom of the barrel dud, but a somewhere in the bottom half of the barrel dud. A dud that was published the very same year.


Samantha Fielding, small, plain and "plump" (the Araminta), age 24, is a staff nurse at Clements Hospital. She shares a flat with 3 other nurses. That is unusual in Neeldom - usually heroines either live-in or have a ghastly bedsitter that has a balcony overlooking the dustbins. We don't see too much of the flatmates, but they do play a role in creating a misunderstanding. Samantha doesn't have any family except for a set of aging grandparents that live way the heck outside of London, in Langton Herring, near Chesil Beach. Chesil Beach? Southwest of London by nearly 150 miles.
Enter Giles ter Ossel, Handsome Dutch Doctor. He is described as "large" (he weighs in at 15 stone...that's 210lbs. to us Yanks). At this point I begin to doubt that my definition of "vast" or "large" is the same as Betty Neels. Dr. van der Stevejinck just so happens to weigh in pretty close to 15 stone. He is right at 6 foot tall...that puts him (in my book) "tall", not "exceedingly tall". Those of you who know Dr. van der Stevejinck, I think, would agree with me that he is in no way "vast". Maybe Mr. Neels was a shrimpy stringbean.
Story: Klara Boot, Giles Dutch housekeeper is admitted to St. Clement's with burned hands. Klara has come in alone and only speaks Dutch - so no one knows who she is at first. Giles comes to check on her
"Samantha felt inclined to take umbrage at his tone, but perhaps he had been up all night like she had and wasn't feeling very amiable. She got up and led the way to the ward, ...'You'll come again? Day Sister will want to see you - have you a telephone number?' He grinned, 'Now we are making strides - we might even arrange a date.' She lost her breath and caught it again with an angry snort."
Giles is pleasant and a little flirty..and Samantha gives him an angry snort? She spends most of the book being rude to Giles, who keeps coming back for more. This does not add up to "enchanting" in my book. She realizes she's in love with him on page 68, and then there are another 117 pages of rudeness and misunderstandings to wade through. Enough about Shrewish Samantha.
Why you should read this book (even though Samantha is less than enchanting):
Giles. He's awesome. If I wasn't already married to the world's greatest husband, I might have a go. He helps wash dishes at the hospital when the ancillary staff goes on strike. He takes Samantha out for breakfast (she works the night shift) at the Waldorf. He irons her uniform for her. He's unrelentingly nice to her...the only time he gets out of sorts with her is when he thinks she is engaged to the mythical "Jack" - a fiancee that her flatmates made up so that sweet little Shrewish Samantha won't get hurt. *Snort*.
A Bomb. I

n Piccadilly Circus. Betty did like to use bombs as plot devices. London seemed to be rife with bombings and riots...even Holland comes in for the occasional bomb.
Crossover Characters. Rolph and Sappha from Tangled Autumn, and Rolph's mother and younger sister, the beautiful Antonia. Stupid Samantha is asked to be a private nurse to Antonia, who has hepatitis, and on the strength of Antonia being friendly with Giles, decides that the two MUST be going to get married. Never mind that nobody ever says that they are. Never mind that Antonia is a friendly girl. We shall call this plot device, "The Antonia Effect", wherein the heroine decides the hero is going to marry someone else.
Brazil. Brazil??? In a Betty Neels? Sort of. Snorting Samantha decides that she needs to get away. Far away. She applies for a nursing job in a mine in Brazil. As she is contemplating her interview she tries to talk herself into it "...a job at a super salary. The slight drawback represented by her reluctance to go down a mine and her dislike of high mountains were details she would deal with once the job was secured." I don't suppose tropical diseases and deadly animals would have fazed her.

Fashion: A couple of jersey dresses, a wooly dressing gown that won't wear out (I own one just like that!), a n 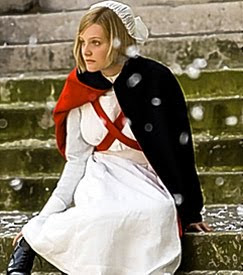 Most Dated Quote, Ever: "She was aware that men kissed girls, even plain ones if there were no pretty ones around, if they happened to be feeling like it." *Snort*.
Rating: I'll give it a "cheese board"...mostly on the strength of the hero washing dishes and ironing a dress. Oh, and that Brazilian mine.
Posted by Keira at 8:00 AM