I reminisced once upon a time: When Arabella cooks for herself she is so very self-disciplined. My husband is gone this week on a business trip and even though I have the kids to feed it's been frozen things from Costco on plastic plates put on a table whereon the craftiness of Betty Keira has exploded. I think Arabella must have run a very tight ship. When my husband is gone it's every man, woman or child for him/herself. I love when I have driving age children and can give them money and say "go buy a pizza". It's truly a wonderful thing.

That Arabella is going to be quite a catch. 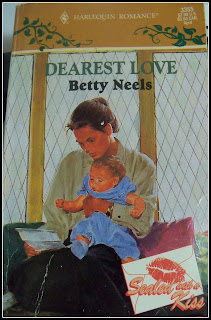 Everything and a bag of chips.
Arabell

a Lorimer, age 27... small, plain, with mousy hair, (the "Arimanta") recently orphaned. Her parents died in the #1 way Neels parents die. In a motor crash. Trust me, this is not the last time you'll hear of a heroine's parents dying in a motor crash. Left penniless (these parents never seem to have considered estate planning), she applies for a job as the "caretaker/housekeeper" (a janitor who also answers the door) for a couple of doctors. Her application letter is our first introduction. She's looking for a job where she can not only live in, but can also bring Percy. Her cat.
Titus Taverner...40 year old English Doctor. Drives a dark blue Jaguar. He also happens to be an orphan. In the words of Lady Bracknell in The Importance of Being Earnest: " to lose one parent...may be regarded as a misfortune; to lose both looks like carelessness". Unlike Arabella, he does happen to have a grandmother up his sleeve along with a few other assorted relatives that are only trotted out for Christmas. He shares a medical practice with the delightfully matchmaking Dr. Marshall - who is the one who actually hires Arabella.
The story: Dr. Marshall (genial matchmaker) is reading letters of application. He chuckles over Arabella's and decides to hire her. When Titus expresses doubts about her suitability, Dr. Marshall laughs and says, "Titus, I can only hope that one day before it's too late you will meet a woman who will turn you sides to middle and then tramp all over you." Sides to middle. Love it. Needless to say, Arabella gets the job. She goes about it in a very professional way, and after examining her work supplies, has one request. "I should like a plunger, sir.". . She had me there - one of the best lines penned by La Neels. During her off hours we are treated to a fairly thorough blow by blow of Arabella setting up housekeeping in her little basement bedsitter. Or is it a flatlet? She brings a few "bits and pieces" that she was allowed to keep from the foreclosure of the family home. M 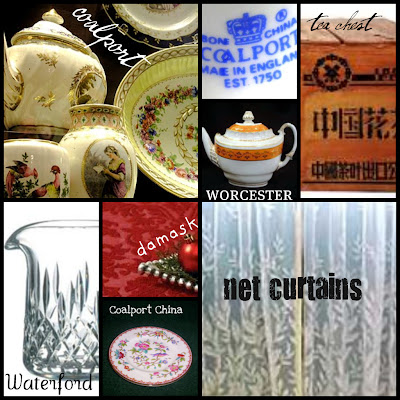 y favorite thing that she brings with her is her tea chest full of treasures. She pulls out old damask curtains that she can rework to fit her new windows and make cushion covers out of, and a matching red chenille tablecloth. She also managed to salvage some of the family Coalport china, a Worcester teapot, a silver pepperpot and salt cellar, and the Waterford crystal jug. She is a cordon bleu cook, so I guess it would be important to have nice serving dishes. I do wonder why she didn't think to pack some sewing supplies - needles, thread and scissors wouldn't have taken up much room - and would have saved her a little money while she was setting up house. She makes some major purchases: a can of apricot colored paint, a paint brush, net curtains, and a large roll of thin matting to cover up the ugly floor. It all made an awkward bundle to carry with her on the bus. I'm wondering how she did it at all. Back at her flatlet she proceeds to paint over the ugly wallpaper. While I applaud her painting prowess (Betty Debbie has been known to wield a mean paintbrush), I shudder at the thought of painting over wallpaper - no matter how ugly. Meanwhile, Dr. Taverner is having issue with leaving her alone in the building at night. He stops by her flatlet a couple of times to check on her...lured there by the delicious aromas wafting upstairs (she is a cordon bleu chef). I nearly forgot, she also rescues an abused and abandoned puppy.
Dr. Taverner worries about Arabella being alone - he also thinks that the work is somewhat beneath her...he talks to the Matchmaking Dr. Marshall who says, "She would make a good wife and a handy one too - no need to call out the plumber or the electrician...she would suit you very well..."
One morning the electricity fails. Arabella, sensible as always, finds her torch, locates the blown fuse and gets down on her hands and knees to dig in the cupboard for a new one. Enter Dr. Taverner. (This is a common occurrence in Neeldom - the heroine in an awkward yet appealing position.) Then comes probably the most abrupt proposal ever..."There is something I wish to say to you. Unfortunately there is not time to explain fully but I should like to make you a proposal". Yes, THAT kind of proposal - marriage. He goes into his office, sits down and wonders if he had gone mad. "Arabella had no doubts about it - he had been overworking and had had a brainstorm...she would ignore the whole thing". He convinces her he likes her, misses her when she's not around, and thinks it will be to their mutual advantage - she will gain a home, he enjoys her company. She thinks about it for a few days, then agrees - after telling him that she is old-fashioned when it comes to divorce (me too).
He takes her down to his country house - where his grandmother and her companion live (in their own wing). During a tour of the grounds they head into the stables and find.....her old pony and donkey!! 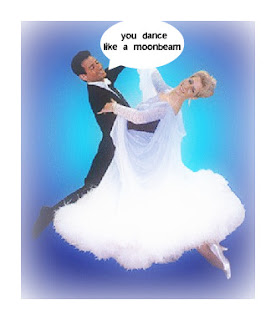 Their wedding is nice, marriage is pleasant, she looks good in her new clothes (you knew there had to be some new clothes...from Harrods)They go dancing...
Him: "It's like dancing with a moonbeam! What a treasure I have married - not only a first rate plumber but a delightful dancer. We must do this more often before I get too middle-aged!"
Her: "Middle-aged? Of course you're not. Aren't you supposed to be in your prime?"
Him: "...thank you...you encourage me to fend off the encroaching years." (Hilarious! I too shall give a stab at fending off the encroaching years.)
They go to Holland and stay with old friends of his (and cross-over characters)Aldrik and Cressida van der Linus (from A Happy Meeting). Enter Dr. Geraldine Tulsma (evil woman doctor). Arabella gets jealous...and in a fit of pique invites Dr. Tulsma to visit if she's ever in London. Which she does. Titus doesn't like Dr. Tulsma - but she throws her opulent self at him. Arabella goes to spend a week at the country house, falls in a steep sided gully, in the freezing cold, is rescued by Titus, given some medicinal brandy, he tells her he loves her, kiss kiss.....
Then comes the final page - it's eighteen months later and Arabella is holding a little baby boy and reading a letter from her Dearest Love. (see, I told you there were implied conjugal relations...how else would Titus Junior be there?)The end.
Fashion: She wears a blue wool jacket and skirt with a matching velvet hat for their wedding. After they are married Titus tells her to go to Harrods and "buy anything and everything that takes your fancy". She buys a copper jersey dress.
Food: Cheese souffle, apple chutney, scones, Spanish omelet, cucumber sandwiches, potato puree, queen of puddings.
Rating: Good solid queen of puddings.
Posted by Keira at 7:00 AM