Good morning, Bettys!
Here at Casa Van Voorhees we're still rubbing the rosy dawn out of our eyes which, translated, means that I drove my oldest pledge of affection to school in my muumuu-esqe cotton night dress and it's raining cats and dogs. Po-TAY-to. Puh-TAH-to.
As I sit down to reminisce on When Two Paths Meet, my over-riding feeling is still the incredulity I felt when I realized that Katherine was going to be yanked out of her job because her BROTHER's wife "needed" home nursing.  Um...that is a Betty bridge too far.
But speaking of two paths meeting, I have a date with destiny this week with my ultrasound technician.  I am hoping for news of a girl-child but, as a friend of mine reminded me yesterday at church, "Assume they'll all be boys and that every mission call will be to Provo, Utah."  Which is Mormon shorthand for "Hope for the best and expect the worst."
The good news is that I haven't thrown up in a week and I am halfway done on Thursday.  Huzzah!
Best wishes to all the Bettys this week and, to our American Bettys, may your Thanksgiving celebrations be full of gratitude and the kind of family you wouldn't mind introducing a Rich Dutch Doctor to...
Love and Lardy cakes,
Betty Keira


I thought I remembered this book quite well. I did have most of the plot down pat - but I didn't remember loving this one. Why didn't I love it? The question bothered me until about 2/3 of the way through...then I knew. It's a 600 pound gorilla.

In the pre-dawn chill a knock sounds at the door...Katherine Marsh hops out of bed and tiptoes downstairs so as not to wake the household. A good-looking stranger urgently requests entry, as he h 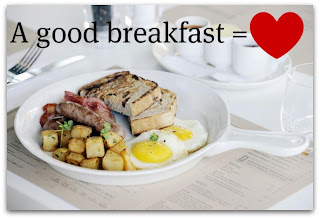 as just found a newborn baby beside the road. Man with baby? Check. Dawning Realization? Check. Dr. Fitzroy asks that Katherine accompany him to the hospital so that she can hold the baby...Katherine is happy to help out (although sister-in-law Joyce is NOT), even happier that instead of being forgotten at the hospital as she expected, Dr. Fitzroy has arranged for her to have breakfast in the canteen. When he takes her home she shakes his hand goodbye and 'looked up into his face learning it by heart...memory was all she would have.'

Katherine lives with older brother Henry and his wife Joyce. They are a delightful couple. Psych! Not really. Henry is a schoolmaster...which hardly bodes well for the youngsters in his care. I find myself wondering what kind of school he teaches at...and can only imagine some horrible Dickensian boarding school and Henry a close runner-up to Wackford Squeers. Alas, the only thing we really know about Henry is that he is pompous, selfish, self-absorbed, doesn't care for his own children...which is where the redoubtable Mr. Squeers has him beat. Mr. Squeers at least likes his kids. Joyce is very busy with her own social life to have any time for her kids either. If ever there was a couple who shouldn't have had kids, it's these two. 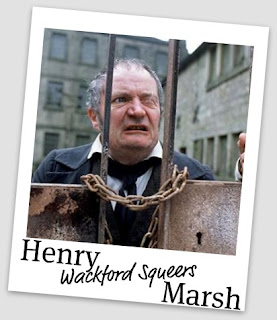 Dr. Fitzroy shows up with a job offer! Poor Joyce and Henry aren't given any choice in the matter...no two weeks notice to find a new slave. Katherine is going to be trading her job of taking care of two ill-behaved children for a job taking care of a peppery old man and his wife. The new jobs pays 40 pounds a week, which is more money than Katherine has had in her pocket in maybe forever. One of the perks of the job is that Dr. Fitzroy drops by a couple of times a week to check up on Mr. Graingers dickey heart. A job that actually pays AND the chance to see her true love twice a week? You betcha. Henry turns puce when he finds out that she's taking the job...'You ungrateful sister! I've given you a home and food and clothes...' 'And look what you've gotten in return - unpaid housework, a nanny and you haven't even given me an allowance.' Good for her. I really like Katherine when she's in this mode...not so much when she wastes sympathy on Henry and Joyce (but no sympathy on the children...who deserve it more). The Graingers are nice to work for - there's just one fly in the ointment. Granddaughter Dodie. The 600 pound gorilla. Dodie spends the book being rude, caustic, thoughtless, selfish, etc. She is, in a way, refreshingly forthright - she's not two-faced at all. The reason I don't care for her plot line is the inexplicableness of La Neels having Dr. Fitzroy spend soooo much time with The Dread Dodie. He also suggests to Katherine that The Dread Dodie could give her fashion advice. Umm. No thanks. Dr. Fitzroy is startled to see a look of such rage that he blinks. No way girlfriend is going to take fashion advice from the enemy...because that's just what The Dread Dodie is - the enemy. Both girls know it instinctively.
Dodie conspires with a relative to shift the Graingers to Cheltenham for a spell. Even though Mr. and Mrs. Grainger like Katherine a lot, they sashay off to Dodieland with nary a backward glance. This means that Katherine is out of a job. Dr. Fitzroy steps into the breach and gets her another job...nurses aide at the hospital. Yay! Bedbathing old men and emptying bedpans.

She does make more money...enough to rent a room from Mrs. Potts. Her independence is growing by leaps and bounds...and now that she's working at the hospital, there's a chance every day to see Dr. Fitzroy. The best thing about the job change (besides seeing Dr. Fitzroy more often), is that Katherine finally gets to make friends with girls her own age - Miranda 'call me Andy', another nurses aide, and a girl at Mrs. Potts.

Dr. Fitzroy's younger cousin, Edward comes for a visit. He would be an ideal brother, says Katherine - over and over and over again. Seriously...Katherine loses no opportunity to let the good doctor know that she has no romantic feeling for the guy. Especially after Edward asks her out and Dr. Fitzroy goes strangely avuncular. Lots of fun to be had with Edward and Jason (yes, Jason). Hot cocoa around the fire after the midnight Christmas service, invitation to a New Year's Eve party at Jason's, teaching Katherine how to play poker and a day out walking through the snow at Stourhead, where once again Katherine tells Jason how sisterly she feels toward Edward.

Maybe that's what tips the scales for Jason, but at any rate, he takes advantage of Edward's brief absence to propose. Yup. Right out of the blue. Since everyone has told Katherine that he's supposed to be marrying Dodie, she turns him down. And then kicks herself for it. The Dread Dodie would be an awful wife for Jason. Too bad Katherine blew her one and only chance. Did I say one and only chance? Jason is delightfully persistent - he brings up the subject of proposing with great regularity. If only he would stop going out with Dodie - which he does with great regularity. Oh, and if he would preface his proposal with an 'I love you', that would also help out a great deal.
Henry tracks down Katherine and persuades the Matron that Katherine is needed back at Casa Marsh to care for his ailing wife. Let's all join with Henry in shedding a few crocodile tears. Of course Joyce isn't sick, and Katherine is sure of it - especially when Henry smirks at her behind Matron's back...so she leaves a message with Andy for 'anyone who asks' about her whereabouts. Who's going to ask? Jason sees her entering a car and tracks down Andy to see what's what. What's up is that Joyce has gone out for drinks at the pub and left Katherine with her offspring. Jason shows up after dinner and Katherine falls weeping on his lapels. 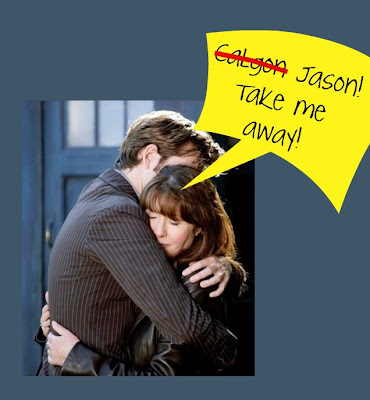 Her: Jason, oh Jason! Take me away!
Him: Sorry I couldn't come sooner, I had outpatient's.
He makes amends by taking her back to his place for a much needed dinner. Some cards are laid on the table...hers. He knows she loves him, and gets her to admit it...before proposing again. Her walls are crumbling, she's just about to tell him 'yes' the next day when she hears that The Dread Dodie is engaged to someone else!! Instead of being thrilled, she's now sure that it's a rebound proposal. Katherine refuses one last time...muddied waters are cleaned up...I've loved you since I first saw you in that old dressing gown. I've loved you since you told them to give me a good breakfast. Kiss kiss. The End.

Rating: There's loads to love about this book...unfortunately, there's a 600 pound gorilla named Dodie in the room. Dodie is remarkably straightforward in her hatred of Katherine - and I don't have a problem with that, it's the fact that Jason keeps going out with her and sort of throwing her in Katherine's face. Drives me crazy. Queen of Puddings...unfortunately garnished with a tin of Dodie soup.
Fashion: a wardrobe bought one item at a time each payday. Week 1 - undies. Week 2 - suitable grey dress. Week 3 - a raincoat bought at Woolworth's. Week 4 - A warm and pretty dressing gown and cozy slippers. Week 5 - Winter coat in an unassuming peat brown cloth. New Year's Eve party dress - grey taffeta with a square neck and elbow length sleeve that make her look like a nun at the circus.