So here’s the list of finalists, again, for the upcoming TUJD Best Christmas Ever (2012 version) vote:

Caroline’s Waterloo holds at least two distinctions in this group: one is that it’s the only volume with a MoC; the other is that it’s the only volume in which we don’t actually celebrate Christmas.  But regardless of how Professor Baron Radinck Thoe van Erckelens feels about holidays in general, patient, staff nurse and ideal wife Caroline Tripp Thoe van Erckelens believes in celebrating in style, and is happy to prepare for the festive day, as you may recall... 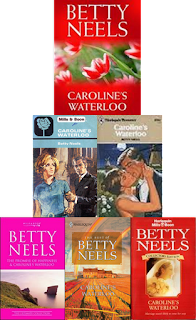 Posted by Betty van den Betsy at 9:57 AM