Betty by the Numbers: Titles


The United State Library of Congress has a collection that includes just under 23 million “catalogued books.”  You try coming up with titles for each of those – I don’t believe it would be possible to do so without repeating, although I suppose you could get a long-ish way on _________ for Dummies and The Joy of ________.  (I wonder what the most common title is?)

The main reading room of the US Library of Congress.

Several months back, Betty Magdalen posed a question about recurring words in Neels-titles.  The Great Betty and her editors managed not to repeat exact titles, but as one might expect with this oeuvre, heavy on the consistent elements as it is, there are several themes that appear and reappear.  The most frequent is the use of our heroine’s name:  30 titles include her moniker, from the alpha Sister Peters in Amsterdam (1969) to the omega Emma’s Wedding (2001).  Sister P is the only one whose surname makes the spine; all the others are given names.  Those 30 represent 21% of the titles.  They include four that use only the heroine’s first name, beginning in 1976 and ending in 1984; they are Esmerelda, Hannah, Judith and Polly.  Only one hero gets his name on the cover:  Valentine Seymour of A Valentine for Daisy (1993).  Perhaps coincidentally, though Betty used eleven heroine names three times each, and 15 names twice, “Daisy” is the only one that makes it onto multiple covers – the other is Discovering Daisy (1999).

I have tried to group the remaining themes into lexical sets of sorts.  The most-frequently deployed, after the heroine-name thing, is the seasonal theme.  While mists and mellow fruitfulness get a starring role only in Tangled Autumn (1971), Christmas shows up six times (including once as 'mistletoe'), summer and winter five each, and spring four times (one spring, two Aprils and one May).  That’s a total of 21 season-mentions, for 15% of the titles. 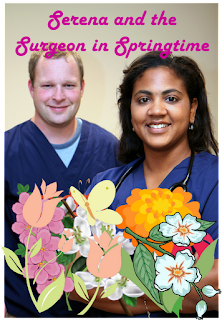 There’s a tie of sorts for the third most-used.  One is variations on romance and its results:  there are eight books with the word “wedding” in their titles, three with variations on “romance,” and two each of “proposal,” “kiss,” and “marriage.”  That’s a total of 17, or 12% of the books.  Feel free to argue that “wife” ought to be in this set – I’ve included it in the female-file instead.  And that is our other third-place finisher, also with 17 mentions.  The females include ten girls, three wives (convenient, ideal and good), two daughters, a single (independent) woman, and one damsel.  The girls don’t show up until 1976, but from there on they include a gem of a one, one to love, a green-eyed one, an old-fashioned one, an ordinary one and five others.

Emotions are close behind, with sixteen mentions, for 11% of titles.  The emotions are more widely dispersed than the previous categories, with six titles deploying the word “love,” three each of “happy” (or “happiness”) and “dear,” two “gentle,” and one each of “heart” and “dream.”
Butting right up against the emotions are extra-worldly forces, with fifteen titular appearances, also 11% of the 141 titles.  Magic and chance occur four times each, fate three times and heaven twice, while “miracle” and “destiny” each occurs once.

The next set, with eleven appearances, is poetry – three citations from children’s rhymes, and eight from grown-up poems.    I’ve almost certainly (90%-plus chance) undercounted here, as my knowledge of the Romantic and Pastoral English poets TGB seemed to favor is sadly limited – as is my knowledge of every other kind of poet.  Then there are ten appearances (7% of titles) of light sources:  three moons, three stars, two suns and two candles or candlelights. 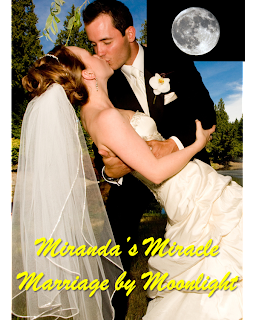 In the early days, the Netherlands, doctors and nurses were the most common tropes.  Remember, Mrs. Neels’s first four books got a total of nine titles.  Only the first, Sister Peters in Amsterdam, was never re-named.  In those nine titles, we get four nurses (two sisters; two nurses), a surgeon and a consultant, three Hollands and an Amsterdam.  We also get three names (Peters, Maggy and Harriet) and a single season (April = spring).  Amazon in an Apron (1969) could, of course, refer to a cook, French maid or blacksmith, I suppose, but it could also add a fraction to the “nurse” count.

But then they vanish!  After Tempestuous April was retitled Nurse Harriet Goes to Holland (1970), we get no more nurses, sisters, or references to the Netherlands.  Subsequent titles do add to the hero’s profession, with one each of “surgeon,” “professor” (the medical kind) and “doctor.”  So by the time of The Doctor’s Girl (2001), we total nine references to medical professions (five doctors, four nurses), for 6% of titles.  The only other profession to make a cover is Nanny by Chance (1998), unless you count daughter-ing and wife-ing as professions.

Botanical matter is the second of the seventh-place finishers, also hitting the front page nine times (6%), three times as roses, twice each as fruit (apple, pineapple) and fruit-turned-intoxicant (champagne and a liqueur that is sometimes translated as “dragonfly in green”), and once each for tulips and a nettle. 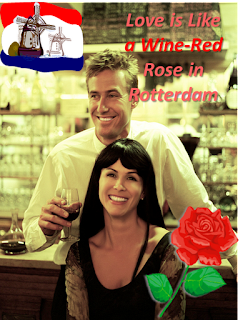 For some reason I cannot define, I grouped the three “nevers”, two “goodbyes” and two “waits” as a set.  That’s seven references, or 5% of the titles, but I dunno – maybe it doesn’t really count, since I can’t seem to explain it.  Maybe it counts extra because it just feels so right.  Anyway, the true second-largest category is the 20 titles, 14%, that don’t include any of these recurring themes.  They run from Blow Hot, Blow Cold (1969) through The Little Dragon (1977) and The Secret Pool (1986) to Always and Forever (2001).

Partially making up for those are three titles with three themes each.  Two have the same three themes:  Sister Peters in Amsterdam and Nurse Harriet Goes to Holland (nursing, heroines’ name, and the Netherlands); the third is Sun and Candlelight, with two light sources contained within a crib from Elizabeth Barrett Browning.  There are 37 titles, 26% of the total, with two themes apiece; e.g., Nurse in Holland (1969), The Fifth Day of Christmas (1971), Pineapple Girl (1977), The Course of True Love (1988) and Dearest Eulalia (2000).  That leaves 81 titles with a single theme each, or 57% of the total.  My vote for most peculiar title:  Three for a Wedding (1973).
Posted by Betty van den Betsy at 4:57 PM

Email ThisBlogThis!Share to TwitterShare to FacebookShare to Pinterest
Labels: betty by the numbers, christmas, nurses