Betty by the Numbers: Cross-over Characters

You know this moment, right?  You’re reading along in your current Betty, and the hero says to the heroine, “I’d like you to meet some friends of mine,” and you think, “Oooh, oooh, please let them be Clotilde Claribel Fothergill-Fox and her husband, Eduard Everard Tait-ter Teylingen!”  And it is!  Or it’s someone else you’ve met in a prior volume, and when the H&H drop by for their visit, Domus opens the door, and Bep brings the tea tray, and Charlie and Beauty thump welcoming tails against the flowered carpet in the exquisite-yet-lived-in drawing room, where Clotilde Claribel has cast down her knitting on a Regency piecrust table in order to play a rowdy-in-a-well-mannered-way game of Happy Families with Eduard Jr. and his little sister, Maisie (real name Megan Matilda, but we call her Maisie in honor of the ward maid who helped bring us together).  Yaaay!!  From all these warm details, and the way Doctor Baron gazes adoringly at his cashmere-and-silk swathed wife, you know there really is such a thing as happy ever after! 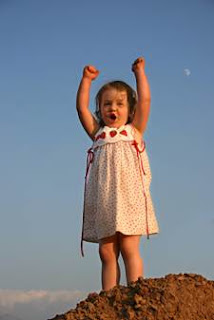 Yay!  Perfect bliss is attainable!
These are cross-over characters, and they appear in 32, or 24%, of Betty Neels’s novels.  The first such occasion is in the third novel, Blow Hot, Blow Cold (later Surgeon from Holland and then Visiting Consultant) (1969), wherein Sophy has the pleasure of meeting Max’s dear friends Coenraad and Adelaide, from TGB’s very first outing, Sister Peters in Amsterdam (1969).  At that point, they have a baby boy (copyright dates, I’m sure, not premature Brighton visits).  A few books later, Coenraad the Younger, nicknamed Champers, has an 18-month old sister, Lisa, and Adelaide has a Bath bun in her oven (or maybe a Baarn bun) when Deborah and Gerard visit with the Blankenaar van Essens in 1973, in Stars Through the Mist.
Aderaad (get it?  Like ‘Brangelina’ and ‘TomKat’?) are not the only couple to appear in multiple future volumes.  Three others also make two cross-over appearance, and Chrisert of Not Once But Twice (1981) re-appear not twice but three times, the last cameo in 2000’s Dearest Eulalia, when Christina is a handsome 45-year old who has pledged her affection to Duert to the extent of three sons and one daughter, all of them offstage.  We did meet the kiddies tangentially in 1999’s A Good Wife, but then there were only two sons and the daughter, all grown enough to pass trays of titbits.  So at 44 she birthed her final babe, with three well-grown siblings ahead of him?  Yikes.  A Good Wife also offers a poignant moment when Serena meets the ter Brandt children’s puppy, by which we may infer that Thomas, Duert’s dog in 1981, has gone to the Happy Hearth beyond our mortal reach.

Puppy ter Brandt senses danger!  She will relax when she realizes it’s only Serena, come to help sort woolies for the jumble sale.

So in all we count five multiple-recurrers, for 5% of the books.  There’s another 23 couples who chalk up a single future visit, for 17% of our total hero/heroine headcount.  So 28 couples make 34 appearances in 32 other books, which I can explain by noting that four books include visits from two sets of hey-I-know-yous.  Dearest Eulalia is the last book to include cross-over characters, and one of the double-features:  we get both Christina and Duert and Daisy and Jules (Dales?  Juisy?) from the prior year’s Discovering Daisy, along with three-week old Julius.  (Julius is named not for dad, as is usual in Neelsland, but for dad’s dad, but then, it’s practically the same name.)
The other three books with multiple special guest stars are all from the early 1970s, with Aderaad and Domigail (Saturday’s Child, 1972) both showing up in Stars Through the Mist (1973); the BH,BC/SfH/VC crowd and the Saturday’s Child crew both popping up in The Gemel Ring (1974); and the van Amstels and the van Beeks (Uncertain Summer, Tabitha in Moonlight, both 1972) both mixing and mingling with the van der Graafs at The End of the Rainbow (1974).
I am starting to feel dizzy as I consider the task of interconnecting all the connections here – Aderaad met Max and Sophy, and also Gerard and Deborah, and Maphy met Everard and Charity, who also met Gerorah...
A cup of tea with my feet up, and I felt ready to tackle the overlaps again.  I found it easier to do by expanding my crossover chart.  There are 18 clusters of crossings-over, from ten simple two-book matches – like Hariso show up in A Matter of Chance (1977), and then we never hear about any of them again – to the six-book hopscotch of Chrisert appearing in A Girl Named Rose (1986), whose H&H have a cameo in The Doubtful Marriage, plus we see Chrisert in A Good Wife and Dearest Eulalia, the latter of which also offers the visit, mentioned above, from Daisy and Jules.  All clear now?

Not actually me, nor actually tea.  But the spirit of the thing is right.

Look at the chart, please, for visual clarification.  I think it helps, especially page three.
Interesting to note that, although 33% of Neels heroes are UKish (UKean?  anyway, 32% English and 1% Scottish), only 7% of recurring heroes are English – Gerard Grenfell and Guy Bowers-Bentinck (Heidelberg Wedding, 1984, and The Chain of Destiny, 1989).  We’ve got slightly less of a disparity on the receiving end:  four, or one-eighth, of the books that host cross-overs have English heroes.  Still, this inter-book visiting is primarily the prerogative of the Dutchmen.  I wonder if Betty liked them better?
The most plot-essential cross-over characters are Georgina and Julius from Damsel in Green (1970), who are critical to the evolving romance of Tishy and Jason in A Small Slice of Summer (1975), as are the baby Ivo van den Berg Effert, who enables both hero and heroine to show off their infant-caring skills, and toddler Polly, whom Tison must rescue from goring, thus clearly demonstrating they’re made for each other.  We also catch up with Julius’s cousins, including Karel, whom Letitia loves like a brother but how could Jason know that, and the peace and serenity of both Dalmers Place in Essex and whatever the vdBE estate in Maarternsdijk is called, plus of course the Leggs, the Stephenses, Ginger, Toto, Robby, Andersen and Flip.  Honestly, A Small Slice of Summer is about 30% Georgina and Julius.  Good thing I love them so. 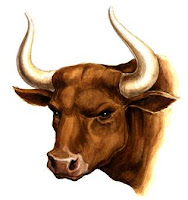 Another critical crossover is Chrissy and Duert’s in A Girl Named Rose (1986), as they provide the badly-injured Duert, Jr. whom Gold Medalist Rose Comely must nurse.  Yes, that’s right – Chrissy is a skilled nurse herself, but she’s highly preggers with the second of her brood of three or four, and therefore needs an assist.  She returns the favor by inviting Rose back to Den Haag for a vacation where she can meet her Sybren again, for the additional pining and cross-purposing that eventually leads to marriage.  And then Rose pays it forward when she routs old friend and troublemaker Nikky van Wijk from the van Kempler drawing room.  (Nikky is striving to raise even further the doubtful-quotient in The Doubtful Marriage (1987) of Matilda and Rauwerd.)  How does one rout an old friend and troublemaker, you ask?  Rose’s method is to brandish a baby-carrier, speak a few home truths, and not take any guff.
One of the most poignant crossovers has got to be Sarah and Hugo’s (Fate is Remarkable, 1970) visit to the van Amstels (Uncertain Summer), during which TGB introduces the year-old twins Hugo (of course) and Rosemary, named for the congestive-heart-failure afflicted patient, Mrs. Brown, whose final months Hurah made happier with cat-care, garish cabbage-rosed wallpaper and copious quantities of tea.  Her dying words:  “Me name’s Rosemary – it’s a nice name for a little girl.”  Another good one, many years and volumes later, is when Fran Manning van Rijgen leaves The Secret Pool to visit her Old School Friend Lucy Lockitt, The Girl with Green Eyes (1990), during which visit she reveals that her and Litrik’s daughter is named Lisa, in memory of the baby’s sadly-deceased big sister.  Talk about poignant.  On a side note, I believe this is the only cross-over where the heroine knows her predecessor character – in every other case, we meet through the hero.

Overall, Mrs. Neels kept her characters reasonably sociable; 38% of her books, 51 in total, include characters who will meet their literary successors in a later book, who do meet their literary predecessors from a prior book, or both.  In fact, eight of her novels – that’s 6% – hit that “both” threshold.   Check the chart for details, will you?  I need another tea break, or possibly a medicinal sherry.