Betty by the Numbers: Names Redux


We've had enough new folks start chiming in on our discussions that I decided to pull out a couple of the original Betty by the Numbers pieces in the hope they may be useful.  This was my first effort, in response to regular commentary, including a full post, about Betty's use and re-use of certain names.  Next week:  servants' names.

From the beginning, when she created the eventual Baroness Adelaide Blankenaar van Essen, to the Aramintas and Olivias and their various Gijses and Jameses, we have loved Betty for her names.  No Dracon Leloupblancs in Neels-land!  Perhaps you have your own favorites – maybe Britannia and her Jake, or the Ms. Makepeace who finds happiness with Mr. ter Brons Huizinga, or the near-ridiculousness of Lucy Lockitt or Eustacia Crump (or Krijn van der Brink-Schaaksma, come to that).

For those who may find a superficial study of interest, I’ve run a few numbers:

Eleven first names get used three times each.  These popular young women are:  Araminta, Beatrice, Charity, Deborah, Emma (there are also two named ‘Emily’, making Emma/Emily the #1 Neels name), Francesca, Julia (plus one Julie, so Julia/Julie becomes runner-up), Katrina, Louisa, Matilda and Serena.  There are also two Mary Janes and one Mary, but I don’t count that as three ‘Mary’ variants – would you?

This seems like a high proportion of names ending in ‘a’.

Harriet Tubman, 1820-1913, born Araminta Harriet Ross according to Wikipedia.  For non-US readers, Araminta Harriet was born into slavery, escaped to a free state and then returned to work the so-called Underground Railroad, guiding over 70 slaves to freedom.  She subsequently worked for the Union army as a spy, and packed heat as an Army scout.  She had mystical visions she believed were messages from God, but they might just have been hallucinations resulting from a serious head wound she suffered when beaten by a ‘master’ in her childhood.  Would history be different if she’d stuck with the ‘Araminta’?

Fifteen first names show up in two books (including Loveday, Philomena and Eulalia), which leaves 72 unique-use first names.  There’s no Charlotte, which some sources report as Betty Neels’s daughter’s name, and no Jessie, Evelyn or Betty, which are the various names credited to the author.  (I haven’t tracked secondary characters’ names, but there’s at least one Great-Aunt Jessica.)

All told, Betty used just 98 first names across 135 stories.  But she managed to come up with 112 last names for the ladies!

For heroines, last names run more toward the usual than we see in the first names, though feet show up more than they might in your own daily life, with two Proudfoots and two Lightfoots.  Since there are two Creswells (single ‘s’) and two Cresswells (double ‘s’), I’m crowning that the queen of surnames.  Five show up three times each:  Brown, Crosbie/Crosby, Parsons, Smith and Trent.  Besides the feet, eleven other last names repeat, but there’s only one each of Pennyfeather, ffinch and Darling.  And how is it I never really noticed before that Judith, of Judith, carries the last name Golightly?

Hannah Lightfoot (1730 - ??), a Quaker from London who married outside her faith, ran away from her husband, disappeared and was presumed dead before she was 30 .  Some unkind scalawag started an entirely untrue rumor that the very shy, 15-year old future George III had stolen her from her husband and married her, which rumor apparently persists still, which is enough to land her in Wikipedia.

Okay, first of all, 91 of the heroes are Dutch, so 44 are English, a two-thirds/one-third split.  Of the Dutch, 13 are Jonkheers or Barons, while the English muster six knights (“Sir William,” “Sir Paul”).  That’s 14% titled heroes, which is certainly higher than what I can boast amongst my family, friends and acquaintance (currently 0%, though I did once chat with an earl in his gorgeous garden in the County Offaly), but seems fairly moderate compared to the number of billionaires, sheiks and princelings who populate current genre romance. 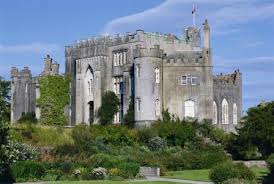 Birr Castle in County Offaly has one of the absolutely most bee-yoo-tee-ful gardens I have ever visited.  I was wandering the grounds one morning, waiting for an Irish nurse’s wedding to start (not a lot else to do in Birr village), when a courtly older gentleman asked my opinion on lilacs.  In the course of our conversation (thank you, Arnold Arboretum) he made clear that he owned the castle, which would make him the Earl of Rosse.  Lovely man.  You can have lunch with him (or his son; my chat was 20 years ago) and the countess for 115 euros per person if you get 29 others to kick in with you.

Since the masculine equivalent of “Eulalia” (whatever that is – Ethelred?) would probably get an author laughed out of the publishing house (although, given “Dracon,” perhaps not), Betty narrowed her scope considerably with men’s names, using just 86 across the 135 books – though the Brits repeat far more often than the Netherlanders do.  James shows up six times; Jake and Oliver five each; Alexander and Thomas four times apiece.  Gijs and Julius are among the seven names that make three appearances each; the others are all English.  Yes, Julius wouldn’t be an unusual name for an Englishman, but in Neelsland he’s Dutch each time.

There are two heroes named Haso, Renier, and, of all things, Benedict.  Both Benedicts are Dutch.  (In the US, “Benedict” used to connote one man to many people; “Benedict Arnold” is a vernacular synonym for traitor, since the historical figure was infamous for plotting to turn the West Point Fort over to the British during the Revolutionary War.  However, Joseph Ratzinger has done a lot to change that.) 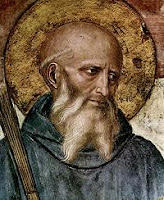 Saint Benedict of Nursia – he is a monk, Charity Dawson! 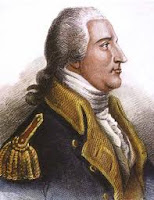 There are a total of 15 names that show up twice, and 16 if you count the English Valentine Seymour (called “Val” by his sister) and the Dutch Valentijn van Bertes as a repeat.  Then we get 57 that don’t repeat at all, including Fenno, Raf and Sam.

But it is with last names for men that Betty truly spread herself, coming up with a total of 131 distinct last names.  The only repeaters, with two each, are Fforde, Latimer, Seymour and van Diederijk (Tane from An Apple for Eve and Sarre from Sun and Candlelight).  Sixty-five men’s names start with “van” and seven with “ter.”  Curiously, on the other side of the channel, there’s both a Tait-Bouverie and a Tait-Bullen.  Perhaps they’re related.  Eight English and one Dutch surname are hyphenated, which in England is often seen as a sign of upper-class-ish-ness. 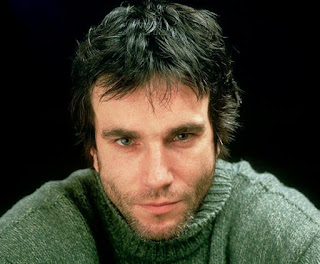 The UK poet laureate from 1968-1972, C. Day Lewis, deliberately changed his name from Day-Lewis to Day Lewis, reflecting what he called ‘inverted snobbery,’ “and thereby threw librarians into a confusion from which they have not recovered,” according to Norton’s.  Reason enough, surely for a photo of his son, Daniel. I’m afraid his hair may be a bit long for Betty, but I could stand a lot of Chinese food if I were sitting across from that...

Two surnames occur in both heroes and heroines:  the aforementioned Creswell/Creswell for four heroines and a single hero, and two Seymours of each sex.  Wikipedia lists three English villages called Cresswell, and 15 people, including Sir Cresswell Cresswell PC KC (1794-1863), who “set divorce on a secular footing, removed from the traditional domain of canon law.”  Somehow I doubt that’s the one Betty was honoring.  There are five places called Creswell in Wikipedia, two in the UK and three in the USA, plus a Navy base in Australia.  The five human Creswells include K.A.C. Creswell, the English architectural historian – sounds good so far, doesn’t it? – specializing in Egyptian Islamic architecture – yea, maybe not so much.

The generic Betty Neels couple is Emily (called Emma) Creswell and James van Diederijk.  Neither combo actually shows up in the canon.

Email ThisBlogThis!Share to TwitterShare to FacebookShare to Pinterest
Labels: betty by the numbers, Betty Neels, heroes