Betty Neels on the Subject of Name Repetition 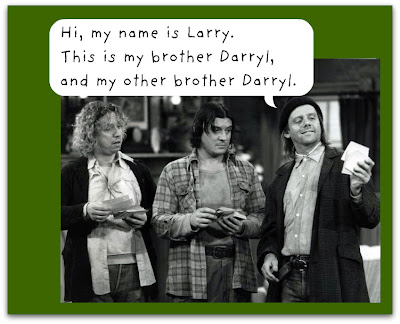 Via email:
So I found your blog a couple of months ago and it's a bright funny spot in my day. I also don't know how to sign in so I can comment.......

I recently bought ALL of Betty Neels books as ebooks for $15.99 and am working my way through them. They're kind of like M&M's, you can't read just one.

One thing I've noticed since I've been reading them more often than once a year, is that she seems to have run out of names pretty early in her career. I've read at least four books with a Mr or Mrs. Coffin in it, and I'm only at about book 12. Have you noticed the same names getting used over and over again???

I've also noticed that with all the multitudes of Dutch relatives I have (and there's a LOT of them), none of them have weird names like the dutch doctors have. They have names more like the doctor's servants. Maybe that should tell me something about my relatives.

Welcome to The Uncrushable Jersey Dress!

First of all, I have a question. Where did you get all of Betty Neels books as ebooks? I'm sure our readers would love to know.

Second of all, repetitive names. You're right on both counts. The Venerable Betty did have a habit of recycling names AND using weird names (English and Dutch). Betty Keira mentioned that she just did a review with 'Charles' as the hero, and next week she's doing another one (and so far, we've reviewed THREE books with a hero named Gijs). It's not just hero's that have repetitive names. Heroines have to share too. For instance...I can think of at least three books that feature a Deborah as the main character (Waiting for Deborah, Year's Happy Ending and another one we haven't reviewed yet, and whose title eludes me). Even though my name is not spelled the same, I do get to share a nickname with them...which makes me leading lady material (I would be the short, plump girl with mousy hair). Betty Keira is not nearly so fortunate. The name Keira doesn't show up in the Canon anywhere, but Betty Keira assures me that she would be the plucky and/or annoying sister. The Founding Bettys aren't too fussed about name repetition, after all we have two sisters named Becky and two brothers named Brian. How's that for weird? I guess I should explain...one Brian and one Becky are adopted.

Finally, and this is to all of our readers, we really enjoy reader input! If there is anything Neels related that you'd like to talk about, feel free to send us an email (with or without pictures). In fact, it would be especially helpful in the next few weeks, as the Founding Bettys are going to Hawaii in early November with our spouses and would love to have a few extra posts to fill in while we're gone . We'll be posting about our adventures there. What does Hawaii have to do with Betty? Oh, we'll find a way to tie it in, never fear.
Posted by Betty Debbie at 10:00 AM