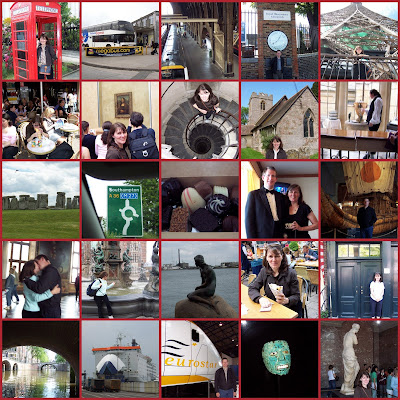 A few years ago, when Dr. van der Stevejinck and I were celebrating our 25th wedding anniversary, we took a 3 week trip to Europe. Before going, Betty Keira challenged me to make up a 'travel bingo' game. At first I wasn't quite sure what she was talking about - but then the shear genius of the idea hit me. Hit me like a ton of bricks. I made a 5 by 5 grid and filled in each one with something we might conceivably see or do on our trip - and we had to take a picture of it. In fact, if you see the picture next to my name in the comments section (Dr. van der Stevejinck and I are engaging in a bit of public snogging) - that was a picture from that bingo game. As I remember it, we were supposed to 'kiss in a castle'...so, while in the Frederiksborg Castle, in Denmark, we were able to check off that box for the game. It's too bad we weren't doing this blog then, because I could have so checked off a TON of Betty Neels places. As it was, we did go to a lot of places that are mentioned in her books. Ah well, I guess I'll just have to save up and go again.

Next week Betty Keira and I (with our husbands) will be going to Hawaii for a few days. We are even now working on our 'Betty Equivalent Travel Bingo - Hawaii Edition'. Swimming in tropical waters will stand in for swimming in the North Sea (very gratefully - especially since the North Sea is pretty chilly this time of year), a visit to the Polynesian Cultural Center will replace the Arnhem Open Air Museum in Holland...you get the idea.
We are totally willing to take suggestions. What would you put on it?
Posted by Betty Debbie at 10:00 AM