Three for a Wedding - Discussion Thread

Three for a Wedding features one of the most evil governesses in Neeldom (I can think of one other that gives her a run for her money - Miss Murch from A Girl to Love). She threatens and manipulates her charge, lounges around reading glossy magazines, invites friends over for drinks and 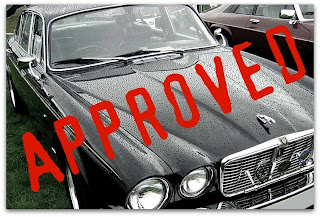 beats puppies in her spare time. Discuss your opinion on the 'not telling Lucius about his evil governess' thing.

Thankfully our hero drives a Jaguar XJ12--we need to keep monitoring his good taste as to autos since that regrettable incident of several weeks ago (see the Ring in a Teacup Panther de Ville Automobile Debacle). The Jaguar XJ12 earns an 'uncrushable' rating.

At a museum Phoebe sees an engraving of 'some medieval gentleman having his leg amputated and, 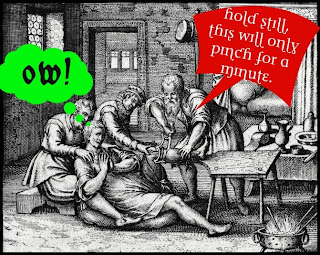 from the look on his face, taking grave exception to it'. First of all, thank you Betty. Second of all, ouch. Third, way to work in some medical 'art'.

'She spoke cautiously, not quite happy about holding conversations in the North Sea while swimming' I rather imagine it would be a little difficult to speak at all while swimming in the ocean there. I mean, it's not like the North Sea is a calm lake. I'd be concentrating on my swimming too.

Phoebe goes to visit the war memorial at Dam Square--'treading their way among hippies'. This is not the first or last time Betty mentions hippies - as a group that's best to be avoided. The Founding Bettys grew up near Eugene, Oregon - the hippie mecca of the northwestern United States. We never found them to be of any particular worry - maybe our brand was a little different. The ones around us were mostly about peace, love, tie-dye and doobies. Mostly. The Founding Bettys graduated from the same dang high school as Ken Kesey (I'll let Betty Keira tell the story about him coming to speak at a school assembly). 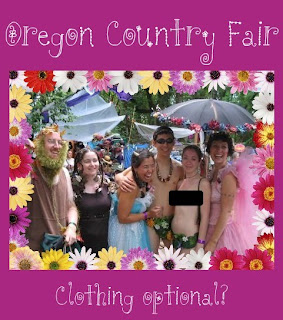 They have passed on a legacy that lives on today at the Oregon Country Fair (which I've never gone to) and the Saturday Market (which I have - it's more about handicrafts - and it's held in the middle of the city - not out in the woods). Here's a partial list of Country Fair Do's and Don'ts from the Fair website:
What to bring to have a fabulous time...
Your festive spirit.
Your big smiles.
Your sparkly duds - beads and feathers and costumes are always welcome.
What to leave home to have a fabulous time...
All your cares and woes.
Alcoholic drinks.
It may suggest leaving alcoholic drinks home, but I didn't see that doobies are banned (btw - the girl with the black sticker applied isn't actually naked from the waist up - she has flower pasties - and I'm not talking about food). I have never actually been (or had a desire to go) to the Country Fair. I'm not too sure about Betty Keira.

Schevingenen is referred to as a 'Dutch Brighton'. Except for a scene in The Chain of Destiny wherein the heroine is ditched at the Panorama Mesdag by her patient's philandering brother so that he can sneak off with a married woman, there are no other hints that it's 'that' kind of place. I imagine it's rather a more family friendly holiday spot.
Posted by Betty Debbie at 8:00 AM