Judith:
Judith becomes curious enough about Charles' work on historical documents to run over to the National Gallery and take a look at the Magna Carta--a document that proscribes the arbitrary rule of the sovereign in concrete language.--Never mind what the actual legal quibble was over (taxation and unsuccessful wars had created a rebellion), the uncoupling of absolute authority in the body of the monarch was a revolution. It didn't exactly create a representational democracy but in my highly nuanced and intellectual opinion: So not over-rated.
Uncle Tom and Charles live in Cumbria, home of Ruskin, Wordsworth, and Beatrix Potter--the writer of The Tales of Peter Rabbit:
Around that time she became secretly engaged to her publisher Norman Warne. This caused a breach with her parents, who disapproved of her marrying someone of lower social status. Warne died before the wedding could take place. Potter began writing and illustrating children's books full time. With proceeds from the books, she became financially independent of her parents and was eventually able to buy Hill Top Farm in the Lake District. She extended the property with other purchases over time. In her forties, she married William Heelis, a local solicitor, became a sheep breeder and farmer while continuing to write and illustrate books for children.
Secret engagement? Death? Financial independence from oppressive parents? Great shades of Araminta! 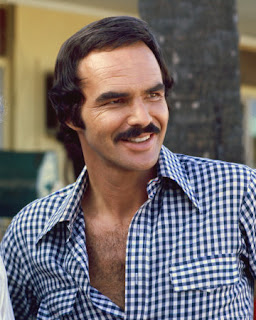 Nigel wants to take Judith to the latest Burt Reynold's film. Wow, Betty. Manna from heaven.
1982? Erm...he'd be taking her to The Best Little Whorehouse in Texas. No joke. 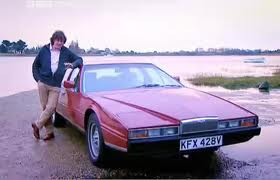 Radinck drives an Aston Martin Lagonda - it's a pretty funky looking car. When parked it looks like it would be in two zip codes (or postal zones?) and it's got a snout like smashed cattle guard. Dare I say that it looks like something Burt Reynold's would operate on a cross-country no-hold-barred road trip?

Among more classical selections, Caroline plays music from 'Annie Get Your Gun' for the servants--without music! I don't think I've ever seen a whole production of that but here's a little taste. 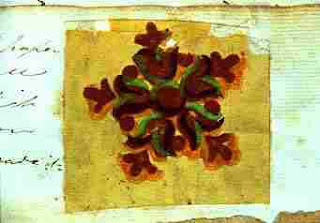 Napoleon Bonaparte of Waterloo fame died in exile on the island of St. Helena:
The wallpaper in his room (see right) was dyed with Scheele’s Green, a colouring pigment that had been used in fabrics and wallpapers from around 1770. Named after the Swedish chemist who invented it the dye contained copper arsenite. In 1893 an Italian biochemist called Gosio discovered that if wallpaper containing Scheele’s Green became damp, the mould converted the copper arsenite to a poisonous vapour form of arsenic. Breathing the arsenic on its own might not have been enough to kill Napoleon, but he already was ill with a stomach ulcer. On the May 5, 1821, the arsenic possibly tipped the scale against “the little corporal.”
Posted by Keira at 11:00 AM