My pick for Judith is a mite unconventional for a Cinema Betty. Since Charles Cresswell is an 'eminent historian', I thought it was only correct that I chose another 'eminent historian' to take us through,
A History of Britain (2000) 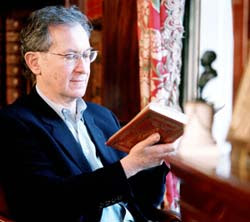 My husband and I worked our way through this on Netflix (15 episodes in three series) and had a great time. Writer/Narrator Simon Schama is interesting and often hilarious and would never, I am sure, be as nasty to a woman as Charles is to Judith. (Also, Schama also does a series called Power of Art that is magnificent.) 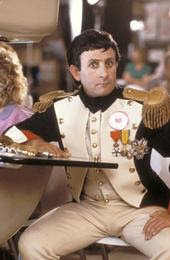 Mon Dude!
Amateur gomers Bill and Ted traverse time with an eye to passing their history course on the way to ushering in a new dawn of world peace. Among other tidbits, we learn that Napoleon is a tool.
The name of the fictitious water park that draws the mighty emperor with its siren song? Waterloops.
Posted by Keira at 5:00 AM