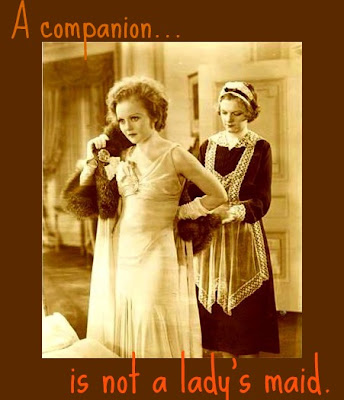 The doctor finds a job for her as companion for an elderly couple - Mrs. Dowling (the cook/housekeeper) doesn't like her at first. She warms up after seeing how helpful and unassuming Katherine is. I've never been in a position to have a companion AND a cook/housekeeper but there is a pretty strict protocol that The Venerable Neels shares with us. Companions are ladies.
Companions don't ever ask for breakfast in bed or meals at odd times.
Companions ought to be able to shovel coal and whip up a Cordon Bleu meal in a blizzard.
Companions should not eat in the kitchen.
Companions should be willing to eat in the kitchen.
It's all dizzying. So much better to just simply marry a rich Dutch doctor...

This is yet another book where Nature whoops Nurture's can. I'm a little torn about how much I buy this. Can the main woman in a child's life (which is, in essence, what the put-upon Aramintas are) have so little to do with shaping a child's personality? Maybe. Their manners? I don't buy it.
The Other Woman is named Dodie. Now, my name is Betty Keira...and I'm awfully conscious of living in a glass house where strange names are concerned. But I'm a good shot with a rock and Dodie is not a name to be whispered in the moonlight:
Its source is Dorothea, a Greek name meaning "Gift of God." Nickname For: Dorothy
Popularity: The name Dodie ranked 4070th in popularity for 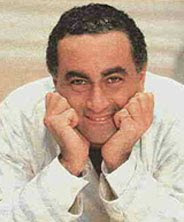 females of all ages in a sample of the 1990 US Census.

Though this name appears on the 1990 U.S. Census lists, it is used by only a small percentage of the general population.

Both Betty Debbie and I think of it as a boy name as we evidently (yes, with my family, I have to say 'evidently') have an uncle with that name. And then there's the ill-fated Dodi al-Fayed...

She basically doesn't have any kind of wardrobe--so each paycheck she carefully plans out what to buy--by Christmas she should have enough of the basics so that she can then start picking and choosing. The Founding Bettys wonder how you would go about starting from scratch? What would be the first thing you'd buy? For me it would be a good pair of jeans, some hard-wearing and washable tops, a cute buttoned sweater, a straight black skirt and then maybe a versatile accessory like a belt or a long necklace. Ugh. Modern living is so much more mundane. Not an uncrushable jersey dress in a luscious strawberry pink to be found. 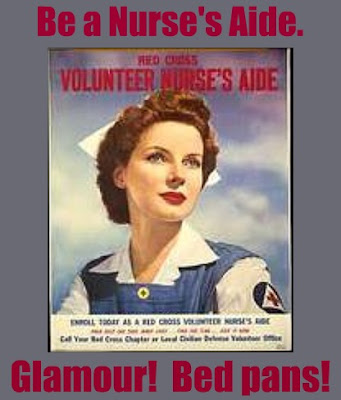 The doctor offers her a job as a nurse's aide. 'monotonous work, mostly: getting beds made, fetching and carrying for the nurses, feeding patients, carrying bedpans, cleaning up when someone's sick...' This is not the career path for everyone but this Betty is well-suited for sweat-shop labor. I worked in an industrial laundry for four years. I am very good at repetition. The body gets in a zone and the mind goes day-tripping.
When Mrs. Potts (landlady) has to go to the hospital, Katherine makes up her bed for Mrs. Spooner (Mrs. Potts sister? - doctor's housekeeper) 'she had become quite expert at making up beds since she had been working at the hospital'. It's nice to see her using her skills...

Her brother gets the Matron to make her come take care of his sick wife. Henry proves himself a good actor..."the two faced villain!" Leaving aside brother's acting skills, this plot device occurs in several books and I am no less confused by it than when I read it the first time. Maybe I'm showing post-Women's Revolution age here but has it ever been kosher for an adult nurse to be dismissed on the word of her brother?!
Posted by Keira at 8:00 AM