In An Ordinary Girl, our heroine babysits some children at a big, lavish society wedding. I was put in mind of:
Here Comes the Groom (1951) 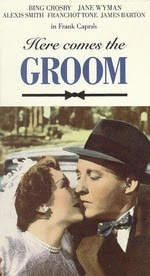 Don't tell me about Bing Crosby. I don't want to know. He's a little like Russel Crowe in my regard: He's allowed to throw as many telephones across hotel rooms as he'd like and if he's paunchy, then all the better.
In this one, war-correspondent Pete drags two French orphans home from Paris only to find his long-suffering love Emmadel (A very ordinary girl) engaged to a millionaire. Channelling a certain young tearaway cousin, Pete proceeds to break them up and get his way. Female wrestling, make-overs, fall-down drunks and fabulous musical numbers.

Dearest Eulalia has a marriage of convenience after the heroine suffers the loss of a relative. That's enough to recommend:
Rab Ne Bana Di Jodi (2008) 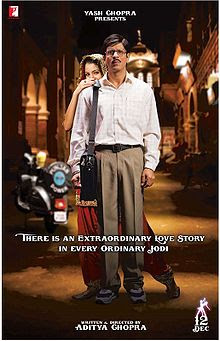 Translation: A Match Made By God. The lyrics of one song seem to echo Dearest Eulalia, 'Slowly, slowly love will come.'
Shy, introverted, and kind-hearted Surinder "Suri" Sahni is an office employee for Punjab Power. He quietly falls in love with the daughter of his former professor, beautiful and vivacious Tania "Taani" Gupta, whom he first sees during the preparations for her wedding. When they are introduced however, Taani jokingly berates and blames him for setting an impossible set of standards (reiterated by her father) that she was never able to meet growing up. A short while later, the shocking news arrives that her lover and fiancé and his wedding entourage were killed in a road accident. The hitherto immensely carefree Taani's immediately distraught; her father suffers a heart attack. Fearing that Taani will be alone in the world, the professor on his deathbed, and paternally affectionate toward Suri, requests him to marry her. Suri silently concedes; Taani tearfully agrees for her father's sake.

This is on Netflix streaming and Betty Debbie cannot recommend it highly enough. Also, fabulous musical numbers.
Posted by Keira at 5:00 AM