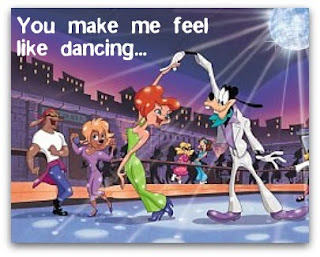 Early on in the book, little sister Louisa heads off to a 'disco' with Roy. Having gone to college in the late 70's (in fact, when this book was written), I am slightly familiar with discos. I went to a small church college in a small hick town (thus 'slightly familiar')...the "Star Palace" was THE place to be on a Saturday night. It was conveniently located only 3 or 4 blocks from my apartment...and if at least three of us could come up with the ready, we'd go. I'm sure the place broke about a million fire codes...because it was usually wall to wall with people. No food or beverage was sold there - but that wasn't the point. Neither was trying to have a meaningful conversation with anyone...the music volume was, let's just say, off the charts. Sure, they had dances up at the college - but the college dances tended to be much more sedate...and their music play list was unlikely to include such gems as "Brick House" (here's a kid friendly version), Disco Inferno", or "Heart of Glass" all of which are a lot more fun to dance to than, say, "You Light Up My Life" which was the Homecoming theme song (and which they had on continuous repeat for an entire day on the radio. An. Entire. Day.).

George and Mary (parents of the twins). Were they right to dump all on Emily's shoulders? (even if they apologized enormously and understood how much they were putting her out...?) It seems a 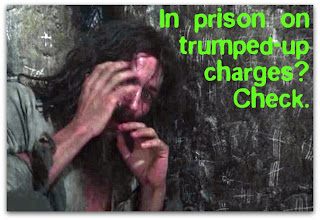 little cruel not only to Emily, but also to the twins. Mary must have known that baby sister Louisa would have to do a fair amount of childcare...and she also knew (better than Emily) just how self-serving and manipulative Louisa could be. Discuss.

I love that George is in a Middle East prison (or detainment)...and the charges are left deliberately vague. I'm left wondering just what the poor blighter did to earn a turn in the slammer. Any thoughts?

Louisa takes ten pounds from Emily. She could always do with some 'bread'. I'm a little disappointed with how easy a touch Emily is. She's not helping Louisa learn to stand on her own two feet. It sort of makes me wonder what kind of mother Emily will turn out to be. I'm thinking she'll be the kind that spoils her children. What do you think? 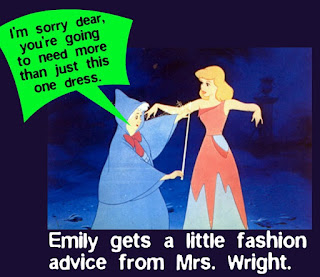 When Emily travels to Holland and Mrs. Wright is with her they go over her wardrobe 'bracingly' and then Mrs. W suggests that they go shopping for a dress the next day. I understand looking at wardrobes 'bracingly'. That's exactly how I face mine when I have to have 'something suitable' - such as a mother of the bride or mother of the groom dress in exactly the right shade of _______ (pick a colour, any colour). Which invariably happens to be a colour that I don't have on hand.

Along with a Jag XJ Spider worth 15,ooo pounds, Renier also owns a 1940s model Lagonda V12 with 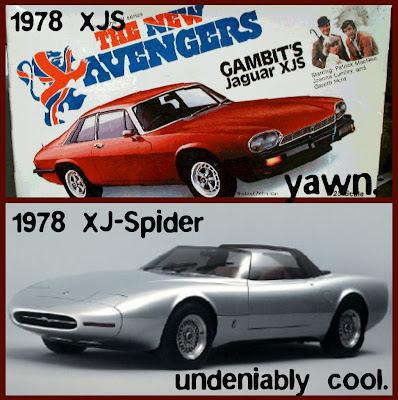 a drop-head coupe. I'm a bit confused as to the Jaguar. I think this might have been a case of wishful thinking...because Jaguar never actually produced an XJ Spider. It only existed as a concept car. I admit that the concept car is pretty cool looking - much better looking than the Jaguar XJS of the same year. Much. The Lagonda is all sorts of cool too. Mostly because it is an ORIGINAL not some nasty knock-off that any noveau riche American could lay hands on. 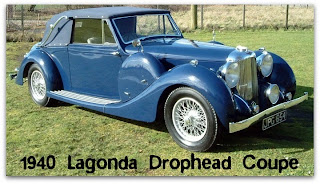