The Magic of Living - Discussion Thread 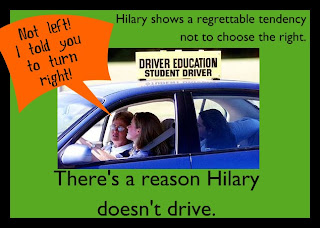 Awful cousin Hilary can't drive (she can usually find a man to take her about and Arabella drives very well). It's not like driving requires a degree in rocket science. I should know. My youngest got his learner's permit a couple of weeks ago. Sure, having to teach one more kid is giving me a few more grey hairs...but it's a pretty basic skill. It's conceivable that it might come in handy at some point in her life.
Aunt Maud's fashion advice: 'Plain hat for a plain face.' How mean is that?

Arabella goes swimming with Sally and Billy - puts plastic pillowcases around their casts. Very McGuyver of her, but speaking from experience, it's pretty hard to keep plaster casts dry in a swimming pool. 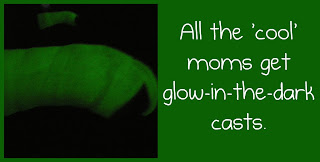 Gideon absent-mindedly draws a face on a plaster (I think it's Billy's cast). I was 49 years old when I got my first cast (fiberglass, not plaster). I didn't allow anyone to write on it until the day before I got it off - which must mean I'm a grown-up. Dang. Anyway...fiberglass is awesome and lightweight - but it's really hard to do quality artwork on.

Gideon drops in on a complete stranger (Bertie, the rector's son) and asks him about his love life--that's when you grasp the 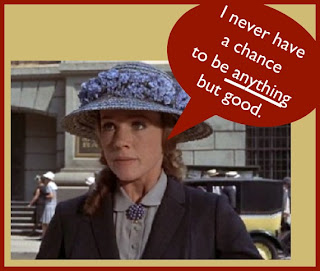 depth of his affection. I find this so delightful...even if it is a little juvenile. It's like asking the friend of someone you like whether the object of your affection likes you.

A friend sends her love and says 'Be good.' 'I never have the chance to be anything else,' muttered Arabella bitterly. It's not like she was ready to buy a ticket to Brighton...
Posted by Betty Debbie at 8:00 AM