When Betty Debbie and I divvied up our book selections we each had our favorites. Let's just say that if this were a game of dodge-ball and I were picking teams then Winter Wedding is the slim-hipped nimble kid with a wicked throwing arm. But I didn't want to review it until I had 'been to the mountain', so to speak. Well, it's been almost a year since we've started the blog. I've been to the mountain.

Emily Seymour, 23, is my favorite kind of Neels heroine. Dauntless, pleasant (but not really pretty), plump (ah, but with the right foundation garments...), and stuck in a mire not of her own making.
It's November, bitterly cold, and she's camped out in God's Little Acre--east of the rock and west of the hard place. She works the dreaded night shift, is raising her sister Mary's eight month old twins (which I hasten to mention have not been dumped in her lap because Mary is a coke 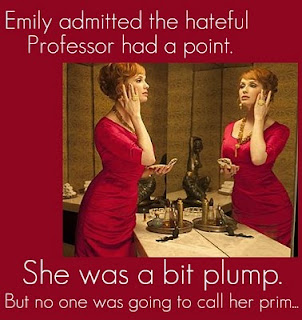 head--she's in the Middle East with her husband who is languishing in prison on trumped up...oh. Yes. I suppose hashish could be considered a recreational drug. What makes you ask?), has a worse-than-useless model cum baby-minder in little sister Louisa and just overheard the most ego-murdering banter in her life.
...Am I to be fobbed off with that prim miss? Surely there's another nurse...a small, plump creature who merges into the background from whatever angle one looks at her...The only females who grow on me are beautiful blondes who don't go beetroot red every time I look at them.
The good news is that this dastard's opinion changes. The bad news is that that wasn't Sammy the Long-Haired-and-Handsy-Lab-Assistant. Ladies, grab your garters. That was our hero--Professor Renier Jurres-Romeijn!
What disappointingly pedestrian tastes he runs to. How delicious will be the wreckage of his Citadel of Certitude.
They save the life of Emily's former boss, Mr. Wright (wherein she displays her usual 'relaxed ease' even when things at home and abroad are grim), and Renier meets Louisa. (Falling down in front of his Jag and faking a sprained ankle? Come on, Louisa. You're an Evil Genius. I expect better.)
Renier is amused by the contrast, no doubt. Mousy and no-nonsense older sister/gorgeous and scheming little sister. I don't forgive him for giving Louisa the time of day (you don't handle vipers, Renier, you call exterminators) but hanging about the Wee Dumpy Cottage on the Scrap of Wilderness lets him see more of Emily's sterling qualities.
And then we come to the night of the hospital ball, otherwise known as, The Apocalyptic-ly Awful End Times of Emily. 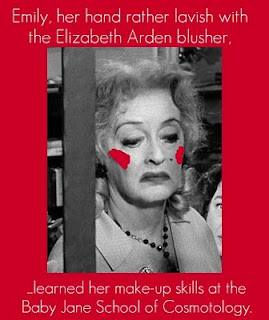 Let us study the signs and wonders: Renier has meanwhile found out how Louisa financed her smashing glamor of the night before and is a little less amused by the unblushing blonde than he was before.
Editorial Note:
This does not stop him from letting her use him for rides and dates whenever she wishes. Renier is still a little bit dumb.
But I haven't even got to the part about the Seconal yet! Without further ado... 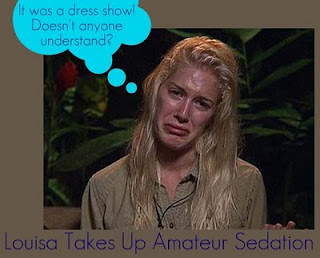 What do you get when you cross a petulant pre-model, a once-in-a-...er...-lifetime dress show, and a leviathan sense of entitlement?
If you said a Seconal overdose and stomach-pumping catatonic twins than you could already be a winner!
Coming upon the scene at a fortuitous/awkward moment, Renier leaps to the conclusion that Emily's been doping them and rips into her ferociously (naturally after turning little William and Claire inside out). Enter Louisa. Disclosures. Tears. Noticeable non-ripping into Louisa. And then they're sending the blonde assassin home in a cab and all is quiet in the ambulance bay.
Editorial Note: I argue that it is here that Renier has his dawning realization...or over dinner...because you know he's taking her out for treacle tart after an accusation like that. But he's still seeing Louisa so chalk that one up to the Mysteries of The Great Betty...
And then Mary and George get out of "The Middle East Prison"! (cough*rehab*cough) Emily breezes back to the hospital to resign only to be cold-cocked by a dawning realization of her own. 'It's more than that,' he said slowly. 'You look as though someone had lighted a torch inside you. 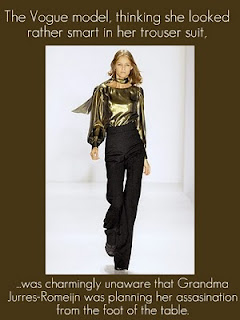 ...'No,' she managed, and meant 'Yes--you.'
She's desolate because she won't be seeing him again.
But wait! (Betty reaches into her bag of tricks) There's more!
She travels to Holland to nurse Mr. Wright in Renier's home. (Suh-weeet!)
This interlude is punctuated with shopping trips (wherein a charming rose pink flyaway chiffon dress augments her basic wardrobe), dressing for dinner, hasty kisses (happily, not that hasty), salty elderly ladies who loathe silver tissue trouser suits with the heat of seven fiery winds...and blonde tartlets as far as the eye can see.
Editorial Note:
Like I said, Renier is kind of dumb (but it's so adorable at this point when he is thoroughly put out that she's not landing in his lap). What better way to catch a girl whom you have called plump and blushing (read: shy) and a nonentity than to dangle Vogue models and leggy Heleens under her nose? But I give him points for originality. Emily is eaten up with jealousy. He's just too dumb to get that this is a bad idea. No matter. He will make a splendid husband.
On Christmas day, Emily receives the gift of her once-hocked locket. Renier. (Ah! What a sweetheart. If only he'd also dropped-kicked the little tramp who sold it, too...)
In a daring, weather-related rescue Emily saves Grandma Jurres- 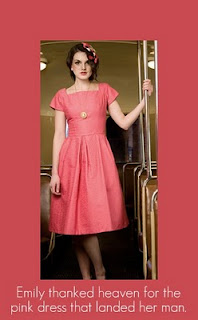 Romeijn's life but won't, when Renier humbly (well, for him humbly), asks her to stay and nurse the old lady. She's going back to England and if anyone wants to send her down a mine shaft to nurse and rescue some Chilean miners then she's the gal.
Away to the bare London blocks to hide herself in miserable obscurity! Until one day (not too much later) he's there sitting in her only decent chair...
The End

Rating: Obviously, my love for this one knows no bounds. Mountains of Lashings of Whipped Cream--a veritable Grand Canyon of Cream. But why? To enumerate:
To sum up: I love this one! Go get it.

Fashion: A sensible coat, rubber boots and a wooly hat, pantyhose, a flowered crepe dress, blue organza, a silver locket (that she could have taken her sister to small claims court over, I suppose), a highly objectionable pink frilled shirt, and a velvet skirt with several tops (for all those sartorially sticky moments when a nurse's salary must pass muster in a mansion). Grandma wears a grey chiffon with her diamonds while Emily enchants in a rose pink flyaway chiffon. Unacceptable tartlets don silver tissue trouser suits and whistle eligible bachelors down the wind.
Posted by Keira at 5:00 AM