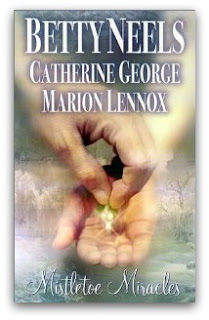 Her name might be Eulalia, but she really gets called 'Lally' - couple that with a last name of La 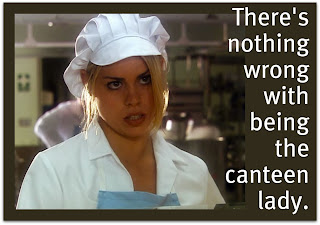 ngley...Lally Langley sounds like a woman of dubious reputation...but that's not our girl. The worst that can be said of Lally Langley is that she is a 'canteen lady' and she spends an inordinate amount of time deceiving her arthritic grandfather about their actual living conditions. Grandfather is quite crippled and confined to his room. The house is rather grand, but grandpa has very little money. He can't sell the house or furnishings...some kind of legal twaddle prevents him. So there they are living in a large, lovely home that they can't afford to heat. Grandpa doesn't know the extent of Lally's loving deceptions. He's stuck in his room while Lally and housekeeper Jane conspire to help him live in the style he is accustomed to, while they eat mince in the kitchen and bake their own bread to save money. What money they do have comes from Lally's job at the hospital canteen. Enough to pay for one helping of lamb cutlets, but not for three.
The story opens with Mr. Aderik van der Leurs spotting our girl walking across the hospital entry. He falls for her like a ton of bricks. Here he is, age 38 and heart whole...there she is, the girl of his dreams. The rest of the book is a lovely little playbook:
"How to Get the Love of Your Life to Love You in Thirteen Simple Steps"
Step One. Insinuate yourself into her life. Aderik is able to dredge up a connection between his own father and Colonel Langley. Just enough to get him in the door.
Step Two. Make yourself useful. Aderik is just as handy with a spann 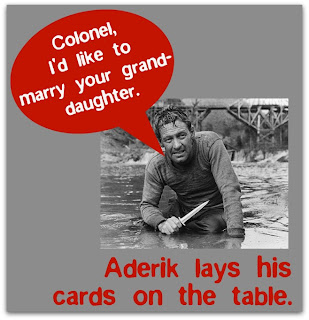 er as he is with a with a stethoscope. Nothing says 'I love you', like fixing a girl's washing machine.
Step Three. Declare your intentions to her nearest and dearest. Aderik confides in grandpa that he is in love with Eulalia and plans to marry her. The Colonel gives his blessing.
Step Four. Propose. Sure, she won't accept the first proposal, but it is the thin edge of the wedge. A proposal always gets a girl thinking about matrimony.
Step Five. Travel to Albania. This will introduce a feeling of concern on her part - Albania sounds vaguely menacing...also 'absence makes the heart grow fonder', right?
Step Six. Fast talk her into a Marriage of Convenience. The Colonel passed away while Aderik was in Albania, leaving poor Lally without a home of her own, and only her salary as canteen lady to live on. Convince her that "love can come later". Promise to make her happy.
Step Seven. Special License. Marry in haste, get her to fall in love at leisure. No Dutch relations to clutter up the happy event, just one cross-over character as best man ( Jules der Huizma from Discovering Daisy), Jane and Lally's cousins who have inherited Grandpa's house.
Step Eight. Buy her a cashmere Coat 'O Love. Aderik then leaves a large bundle of money for Lally to purchase an entirely new (and suitable for a consultants wife) wardrobe.
Step Nine. If you love her, let her make her own mistakes. An icky anaesthesiologist invites her to see his etchings...I mean, takes her to a museum and then makes improper advances. She shuts him right down and then tells Aderik about the skunk.
Step Ten. Present an engagement ring and a kiss. A slow kiss. Lally likes it...enough to kiss him back. 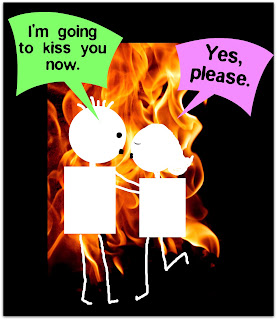 Step Eleven. Adopt a Kitten and/or give your wife a wedding gift of a pearl necklace. Any excuse for a kiss. Or two.
Step Twelve. Be in the Hospital when there's an explosion. This is always a sure-fire way of nudging a girl into a Dawning Realization and perhaps an actual declaration of love. As soon as Lally hears of the explosion, she's off to the hospital like a shot.
Step Thirteen. Kiss. Lather, rinse, repeat. Ignore firefighters, doctors, nurses and any other bystanders.

Rating: A lovely and quick read. I really only have one little quibble with it. I don't get why a recently married woman would go out, alone, with the anaesthesiologist. Besides that, it's an adorable book. Aderik is never mean - he always keeps his eye on the prize - the prize being Eulalia's love. Sure he's a little devious, but it's all for a good cause. Lally feels completely at ease with him and totally at home in Amsterdam. He knows she's on the right track, all he needs is patience. He initially tells her that they can marry first then get to know each other...love can come later, if she wishes it. He never pushes her, but he doesn't just leave it there...he takes steps. Once she is comfortable at one le

vel, he gradually takes it up a notch. Nothing is ever forced. Eulalia is pretty fun too. She goes along with everything while remaining charmingly oblivious (she beams at him on a regular basis). She then starts to get a bit fractious...there's something she just can't quite put her finger on...an itch she can't scratch...what is it? Oh, yeah, it's love. Queen of Puddings!
Fashion: She was 'wrapped in a garment which he supposed was a dressing gown, cut apparently with a knife and fork out of a sack.' Wedding outfit consists of a grey wool coat with matching crêpe dress and a little velvet hat. Darling pink ballgown, Burberry and matching rain hat, new pink dressing gown.
Food: Toad-in-the-hole, breast of chicken for the Colonel, macaroni cheese for 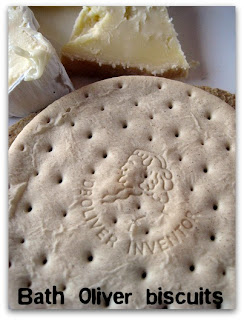 Jane and herself, Bath Oliver biscuits, shepherds pie, enough lobster dishes to make the poor crustaceans an endangered species, roast beef, Yorkshire pudding, roast potatoes, a trifle to put to shame any other trifle.
Posted by Betty Debbie at 5:00 AM