A Gem of a Girl - Reprise

I think someone should tally up exactly how many hospital/care facilities are destroyed in Neeldom and compare the data with British/Dutch statistics for the same time frame.  I'm hoping that reality was much less destructive. As horrific as the fire is in A Gem of a Girl, for sheer drama I think I'd have to go with the one in Blow Hot, Blow Cold.  What's your favorite disaster scene in the canon? (great, now I've got the music from The Poisiden Adventure stuck in my head...♫ there's got to be a morning after ♫...)- Betty Debbie

"It's been you, ever since I first saw you, all tangled up in the washing." Of course I have a soft spot for this book. Our hero and heroine meet while she's doing the laundry. The first time I met my husband he was bent over an industrial washer, tugging on a bundle of soaking rags. This book is pretty much all about me.

•Gemma Prentice is 25-ish, plump and plain, with five younger siblings (all lookers) and Cousin Maud whom you would be forgiven for thinking important to the plot. No parents to speak of (I mean, they get a sentence about their grisly death stuck into the middle of the book in the most off-hand manner.) She is a nurse who is better than the geriatric hospital that she's working at for the benefit of her family. She's very friendly and sensible.
•Ross Dieperink van Berhuys--no seriously, that's his name. Thank heavens she calls him Ross because that name is almost a deal-breaker. He's 38, tall, broad-shouldered with "pale" hair which was "probably silver as well". He's a doctor who is visiting the doctor who lives next door. He is happy to fetch her sausages (evidently Betty doesn't believe in deep freezes) and drive her sister Mandy around. Gemma thinks he's a dish but that's as far as it goes.

PLOT:
He falls in love with her over the laundry. She likes him very much but fails to read his willingness to hang wet sheets on the drying line as a declaration of undying love. We find out that she works in a sort of nursing home out of an old manor (so we've got crippling death taxes and the National Health Service). It is a hodge-podge of architectural styles but all the venom is saved for the Victorian wing.

Of course it burns down leaving Gemma without a job. The attending doctor, Charlie Briggs, who once dismissed Gemma as a romantic prospect fails to come on duty and is probably drunk. As this trope (lame heath worker showing impressive cowardice or dereliction of duty in the face of crisis) is used often I will call it The Charlie Briggs Effect.

Ross asks her to come to Holland to nurse his sister (and fall in love with him!) who has brucellosis and an allergy to antibiotics. She does and you can forget all about Gemma's nice family for the remainder of the book--she does.

Brucellosis is also called Bang's Disease, Malta Fever, Gibraltar Fever and rock fever. Bang's disease would have been funner. Anyway, Rienieta has joint pain and fevers and is described as "a handful". Despite a common Neels-ism being spoiled-brat womenfolk, Rienieta turns out to be nice but grumpy about being sick for a month. She also utters the most un-Betty line in the whole book: "...two dates in one evening!...You must be very sexy Gemma."

Leo de Vos (whose name in Dutch must translate to "he who twirls a greasy mustache") is a classic Neels bad guy. Let's keep score, shall we? 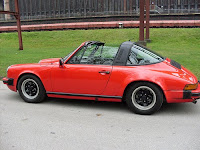 Our hero, on the other hand owns a Jag XL-S and an Aston Martin(Dutch for"I'm not a pansy"):We spend a lot of time with Gemma mooning after this pitiful excuse for a man while Ross pulls her out of one humiliating scenario after another with a brotherly manner and a magnanimous air. Betty really makes the most of his irritations with Gemma's stupidity but he only ever erupts once: "Why do you have to be such a child--the eldest of six and still wet behind the ears!"
But you know they're destined for each other. For one thing, he knows how to figure out what she wants when she dances past him on the arm of a long hair. "Hullo," he said matter-of-factly. "I hope I interpreted that look correctly. It was rescue you wanted, wasn't it?" If nothing else seals their future happiness, his ability to know when to leave a boring party on a pre-textual medical call just because she's wiggled her eyebrows from across the room does.

But back to the rat. He throws a party for her that ends with Ross knocking out his front teeth (and the rat that Leo made a bet with (to have Gemma fall in love with him, naturally)). Our Neels heroes rarely punch the daylights out of anybody but street toughs and this was delightfully...er...matter-of-fact. Gemma ends the evening by bursting into tears (always unattractive in a Neels heroine--here Betty reaches gritty realism with puffy eyelids and blotchy faces) and throwing up into a ditch. (It's cuter than it sounds.)

Ross rallies her by taking her out on the town for a few nights to show the slimy de Vos that his evil machinations were all for naught. Her self-respect is restored and we get to hear about a wild silk cream outfit that she'd not even worn yet.

She flies home after a pretty public farewell in the airport terminal and only in the bus queue does the lightning bolt come. Ross! (smacks forehead).

But Ross is in Holland.

Due to the villain's missing front teeth and the happy occurrence of each of our hero's kisses coming at perfectly reasonable times, this one deserves a solid boeuf en croute. If the end had also tied up the vexing question of "What to do with Cousin Maud and the kids?" it might have earned a lashings of whipped cream but as it stands Gemma will have to pucker her brow for a moment before Ross produces an old Nanny looking for a job, perfectly happy to housekeep for Gemma's window-breaking brothers.
Posted by Betty Debbie at 8:00 AM