As I remember it, this was the first book we reviewed that featured a gal wearing a turban. In public. On purpose.  Sadly, it was not to be the last time.  Interested in our take on turbans? See posts here and here.  I think my favorite bit in the book is the fact that this gorgeous dainty little blonde carries a pocketknife that must be roughly the size of a small moon. -Betty Debbie.

The original title was Tempestuous April. I do not understand why this was considered objectionable enough to be renamed. And then the later editions become Tempestuous April again. Go figure.


Are you ready for the Cook's Tour? Because Betty Neels threw everything but the sluice (British word alert!) room sink in this, one of her earliest works.

St. Nick's Men's Surgical Night Sister Harriet "Haughty Harry" Slocombe (yes that is the best nickname ever!) a gorgeous dainty blond who eats like a horse, crushes the pretensions of overly-familiar housemen (hence the name), carries a pocket knife with her at all times and has two older sisters(who get names and babies) and three younger brothers (only one of whom is named--the others presumably live in foster care as we see neither hide nor hair of them). She travels to Friesland with her best friend Sieske who becomes engaged to her boyfriend Wierd--which qualifies as loopiest Dutch/Fries name in the entire Betty Neels canon.

Dr. Friso (which I always want to read as "Crisco") Eijsinck does not have a harassed expression, a permanent stoop nor a soup stained waistcoat (like she'd been imagining he had). Instead, he's 34, sardonic, a great one for the ladies and the owner of a dark blue Bentley, a sturdy Land Rover and...wait for it...an AC 428 Fastback--which she's already seen and fallen in love with him in so that we are presented with the most wonderfully ridiculous sentence in the whole book: "Every now and then she thought about the man in the AC 428 Fastback." From this we must conclude that Betty possibly had an endorsement deal with the AC 428 Fastback guys and was raking in the dough from product placement. Otherwise she would have said, "...about the man in the blue sports car..." Kudos Betty. 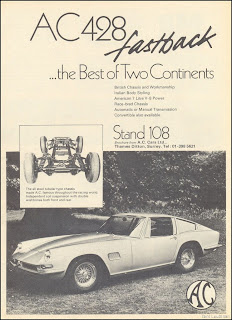 Plot:
Fairly run of the mill--girl and boy meet and immediately fall in love. He turns out to be not so nice but then he sort of is. Lots and lots of sightseeing in the surrounding countryside ensues (seriously, it was like Betty thought she would never write another book again and felt the need to include everything). Think I'm kidding? Here's a partial list: 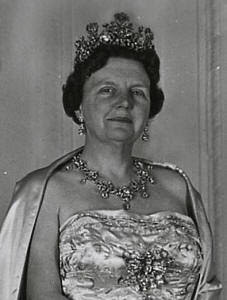 La Bonneterie
Great Pier
A semi-important statue of a cow
And a laundry list of Dutch customs and words: tot ziens, dominee, guldens, polders, dank u, botter, deftig. (I could go on.)

I'm not sure but that this book might serve me better than a Rick Steve's travel guide. Anyway, she ends up using her pocketknife and midwifery skills to both rescue a dog and assist in a delivery in a house located in a flooded polder. And if that sounds like several Betty Neels novels disemboweled themselves on one page you're not alone. She would return to all these memes in novels to come.

The doctor now treats Harry with diminished disdain (though he does make a crack about her dressing up for his benefit when she's wearing an "almond green thin wool dress" capped by a silk turban. You should never comment on a woman's looks when she's wearing a turban (see below) as it is obviously indicative of her fragile mental condition. But he's bit of a git. (Though it pains me to say it.) 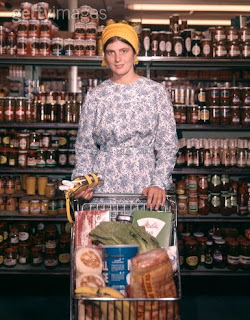 He woos her by lecturing her in turns on orchids and the weather and by trotting out this line, "Shall I add you to my list of girlfriends?" Clearly he doesn't know who he's dealing with.

Finally they seem to be getting along--or he is just quoting he Friesian National Oath for kicks?--when he tells her that love lasts "so long as the wind from the clouds shall blow and the world shall stand". But before you can say My dijk's sprung a leak, the wind stopped blowing and the world fell recumbent. Yup, he's given her the cold shoulder and she's taking the next boat back to London.

See, while they were busy discovering love's true bliss there was a viper in the grass. Teike is a fourteen-year-old little sister to Sieske. She is also a sociopath. Probably she kicks dogs and tears the wings off butterflies and has a future of poisoning neighborhood cats. Having developed a totally rational passion for the good doctor she sets out to sabotage the relationship. And boy does she. Disappointingly, she is never administered the spanking she so obviously requires.

All's well that ends well, though. He chases her back to Dartmoor and proposes in a village shop (common to Neelsdom) and, as nice as you like, tells everyone that the wedding is "tomorrow at 11." The End.

I'm really not sure why I didn't like our hero very much. I mean, cold aloof and mocking is practically a requirement in the land of Betty Neels. Still, he seemed unnecessarily irritating. At one point he says, "And if I tell you that I shall miss you a great deal more than Moses (a dog), what will be your answer, my dear Harriet?" I had a marriage proposal that sounded suspiciously like this one. My advice? Throw him over and wait for the short Mexican. So, I'll give our hero a "treacle tart"--not terrible but I've seen better.

What gets my unqualified endorsement is the nursing atmospherics at the very beginning. You can almost see the ghost of Grandma Hanna spending her night nursing inconveniently-timed cardiac arrests, stuffing patients back in bed, walking the ward barefooted. It's the best and most realistic depiction of nursing I think I've read. So lashings of whipped cream on that.

If I even the two out I'd give this a "mince pie". It was a great early effort but she had not yet learned to make her heroes likable and her travel guide less episodic.
Posted by Betty Debbie at 8:00 AM