The Return of Betty

For what it's worth, I compiled Chapter I of the little tome we got started on one of the threads, which I have nicknamed The Return of Betty. I have also attached five graphics to accompany it. I thought that if you want to post it, I would follow up the next day (so as to give ample warning) with an opening paragraph to start a second chapter (It starts on the Hovercraft, if y'all want to start it instead).

Countdown to "Waiting for Deborah (and Keira)" Event (that's what we're calling it): 2 days

Dear Betty JoDee,
Gosh, we do like initiative here at TUJD (it makes our jobs so much easier).  I'm looking forward to chapter two!
Tot ziens,
Betty Debbie


The Return of Betty

The cold giant drops pelting the ancient glazed window glass on a dreary February morning did little to relieve the grimy facade of Betty St. Margaret's, a hospital of Victorian appearance and disposition that valiantly anchored the deteriorated neighborhood that encircled it. Sister Aralucia Blackstock swiveled her mousy head away from the view, longing for a steaming cup of tea but knowing that she still had to meet and greet the new foreign consultant arriving momentarily on Men's Medical.... 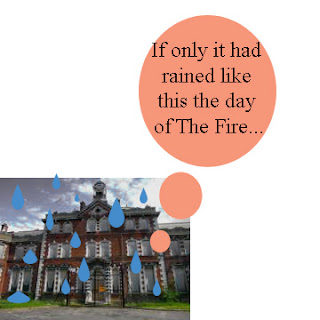 “I had heard that Betty St. Margaret’s nurses were the best in Britain. Apparently that information is as outdated as that autoclave you’re using to wash teacups.”
Aralucia whirled around in shock. A giant of a man towered over her. His bright blue eyes glinted with derision and some other emotion that wouldn’t be explained for 155 pages.
“Staring out the window, nurse? Why aren’t you clock watching instead?”
The nerve of this man! Thinking that she was wasting time when she was just longing for tea and doing sums in her head. “Because the clock hasn’t worked since the last bomb explosion.”
“Ah. The one where Fraam and Ermengrace met and fell in love.”
Her soft mouth dropped open and her lavishly fringed eyes opened wide. “You know Fraam and Ermengrace?”
He ignored her direct question as he was going to do for the next 150 pages. “I am Wal Dorf Salid. It sounds better in Dutch or spoken with an English accent. But you are to call me ‘Professor’ for the next thirty pages.”
“Yes, Professor,” she said with a snap. Odious man. How she hated him and his well-cut suits and his splendid build and his key chain that said “My Other Car Is a Bentley.” If only something would happen to take that smug look off of his face . . . . 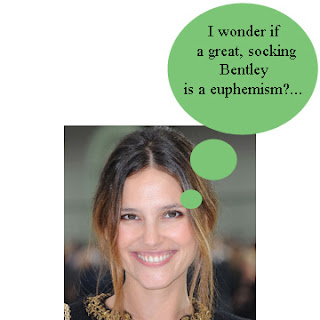 Mrs. Dawn Trodden was propped up in bed, her wispy white hair carefully combed over boot-black eyes.
"Cor, Sister," she breathed, eyeing the professor like he was a plateful of steaming fish and chips. "They grow `em big in foreign parts. He'll do fer yer, I reckon."
Aralucia struggled to keep her face impassive and her sour dislike of the Dutchman hidden. "Mrs. Trodden is suffering from a diverticular inversion of the duodenum, Professor," she said severely.
He ignored her and smiled benignly at the older woman. "Yes, Mrs. Trodden, Sister and I match each other nicely, don't you think? We shall marry shortly and name our first rescued kitten 'Troddie' in your honour." 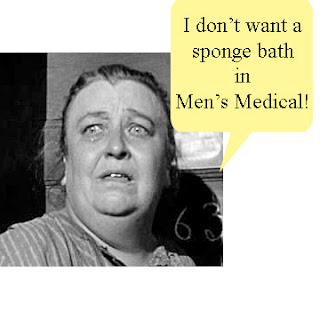 It was no good frowning, Aralucia discovered, Mrs. Trodden was putty in the professor's hands. As were Staff, the student nurse, the part-time nurse, Mrs. Potts who brought him sandwiches and biscuits without being asked, and the Principal Nursing Officer who just happened to come by Women's Medical at that precise moment. To a woman, they were all sighing at the sight of his massive frame, expertly clothed in Savile Row clerical grey.
"Professor," Aralucia said crisply, "If I'm to ignore my feelings for you for the next 150 pages, it would be far better if you wouldn't allude to our eventual marriage."
He looked down at her, bemused. "Oh, did I suggest I was going to marry you? Silly girl. Of course not. I'm marrying some other woman whom of course I will not mention again as I kiss you from time to time, rescue you from various states of peril and imminent death or at least laddered tights, and otherwise spend all my spare time focused on you, your lazy sister, mean-spirited stepmother, mooching brother, and faithful factotum." 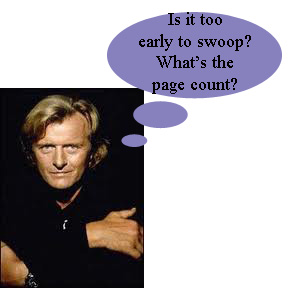 He wished Mrs. Trodden a pleasant afternoon and said, "Now, Sister, if we might complete the round?" just as if she was the reason they had not moved for twenty minutes.
“Dorf darling, I’ve been waiting in the Rolls Royce Panther VI for hours.”
Aralucia balled her small hands into fists. “Dorf darling”? How annoying that the woman who had interrupted them on the Men’s Medical Wing was breathtakingly beautiful--if you liked women with non-existent bosoms.
The professor did not appear annoyed at all. “As soon as I arrange for this mousey nurse to drop her job and go to Holland to nurse Mrs. Dawn Trodden at my manor house, I’ll take you out to the Savoy for a meal you won’t eat and then we’ll go dancing.” 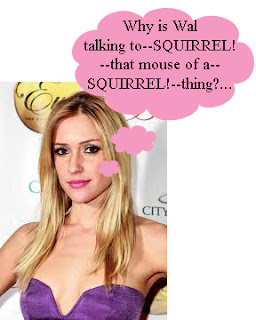 “Sir, you are a great man!” exclaimed Mrs. Dawn Trodden from her bed. “But what will I do wi’ me cat?”
“I’ll arrange at great expense and trouble to ship your cat through customs.”
“I hate cats,” the bosomless other woman spat out.
“Takes one to know one,” Aralucia muttered under her breath.
The professor raised a glacial eyebrow. “For that remark, nurse, I’ll be rude and aloof for the next three chapters. And no house tour.”
Inwardly Aralucia quailed. Outwardly, she remained defiant. “I don’t believe I’ll go to Holland, thank you very much.”
His smile was nasty. “In the twenty minutes we’ve been here, I’ve already submitted your resignation, applied for a work visa, informed my mother that I’m going to marry, and I’ve gassed up the Rolls. You’re protests are quite useless.” He nodded at Mrs. Dawn Trodden and took the other, bosomless, woman by the arm. “I’ll see you in Chapter Two on the Hovercraft.”
Posted by Betty Debbie at 9:13 PM