I remembered really not liking Hilltop Tryst...it was among one of the last Betty Neels I read.  I couldn't remember what exactly bothered me about it, so I approached it with some trepidation last week. Thankfully, it wasn't nearly as bad as I thought.

Beatrice Browning (26 going on 27) and Oliver Latimer (35 - ish) meet on the morning of Midsummer's Day. It's love at first sight for him...like at first sight for her. She's a tall gorgeous glass of water - looking for a tiny bit of excitement...which she doesn't see in the placid Dr. Latimer.

Beatrice's life is anything but exciting. Instead of training to be a veterinarian like her father, she is his assistant. Lots of on-the-job training, but no room for advancement either. Her lack of career leaves her open and available to take on such mundane jobs such as 'Acting Companion' to Great-Aunt Sybil - who she is not fond of (the feeling is mutual). Great-Auntie should probably have been set adrift on a convenient iceberg years ago, but failing that, she spends her time bad-mouthing her family and medical professionals. After a visit to a noted cardiologist in London (that would be our boy Oliver), a suitable companion is found. Or rather, a suitable companion is sent. Oliver just so happened to know someone.

Papa Browning, the village veterinarian, has a heart attack. It's sure a handy and convenient thing that Oliver is a cardiologist. Oliver suggests to Beatrice that she hire a locum. It's really a shame that he doesn't know a handy vet who happens to be at loose ends for a few weeks, because, well, you'll see.

The agency sends a man. I suppose we must call him a man, although he is more closely related to the reptile kingdom.  Think of a snake with opposable thumbs. 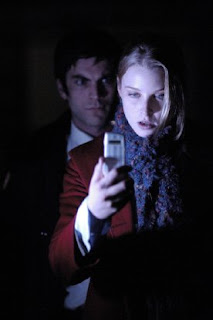 Papa Browning takes on a new partner. NOT Colin. Colin stays on in the village - much more handy for his new hobby - stalking Beatrice.  It gets so bad that Beatrice can barely stick her nose out the door. What's a girl to do? Oliver suggests a pretend engagement! Beatrice demurs - what will his fiancee think? What fiancee, you ask? Yup, there isn't one, it's that hoary old plot device wherein the hero states he plans to marry soon...zzzz.

Colin practically attacks Beatrice in the middle of the village - Beatrice is saved by Oliver - whom she calls her 'fiancee'. Oliver assures Colin that the announcement will be in the Telegraph the very next day. Which it is.

Oliver invites Beatrice to go on a two-week lecture tour with him (and his assistant, the delightful Miss Ethel Cross).
Colin has taken to writing impassioned letters to Beatrice. Beatrice is so over him by this time - the letters don't even mean anything to her.

Lecture Tour O' Liking or Great Hotels of Europe. Two weeks at the finest hotels in Utrecht, Cologne, Copenhagen and Brussels...Just as Oliver drives away from dropping her back at her house - finally, finally! Beatrice realizes she's in love - but since she has endowed Oliver with an imaginary fiancee, there's nothing she can do about it.
﻿
﻿ Great-Aunt Sybil's suitable companion has to take a week off for a family emergency. Beatrice is press-ganged into being an acting companion again. A day or two before she's due to go home, she wakes up and finds a robber stealing the silver...Beatrice chases him down in her dressing gown - Oliver providentially drives by and knocks him down for her (I'd wager Beatrice could have done it herself, after all, she was gaining on him). Great-Aunt Sybil is deeply mortified that Beatrice stooped to running around in public in a state of 'undress'. Oliver doesn't want to hear anyone give his fake fiancee a bad time, so he hustles her back to the family home.

If she wasn't already in love, two weeks of forced Oliver Drought would have certainly make her heart grow fonder...as it is, she's in such a muddle about her feelings for him, the faux engagement, his imaginary fiancee and life in general that she scampers into hiding the next time she hears the gentle purr of his Rolls. Two can play the sneaky game...Oliver pops up unexpectedly and asks her why she hid. Em-bar-ass-ing, much?

﻿
﻿ The Return of Colin. Like yesterday's split pea soup, Colin won't stop repeating. He's also stepped up the stalking to include cornering her in her own house and accusing her of having a fake engagement (true) AND being in love with Oliver (true)...and then telling her that when she marries him, he expects a partnership, a good salary AND a decent house. Oliver rides in on his white charger and routs the reptile once and for all.
Time to wrap it up:
The End.


Rating:  I'm pretty sure the reason I didn't like Hilltop Tryst before had to do with how monumentally thick Beatrice seemed.  She meets a great guy, then falls for a weasel, then has to get over the weasel, THEN falls for the great guy. Ugh. On closer reading I'm willing to cut her a little bit of slack.  Yes, she's still pretty (very) thick, but she'd been fending off the feeble advances of the local doctor's son for years  - I get the impression she wants a little more zip in her love life, and her first impression of Oliver is that he's pretty un-zippy. Along comes Colin - he's a flash in the pan, but a charmer - in the smarmy, insincere kind of way.  Beatrice is side-swiped by his flattery, and nearly falls for it.  It takes her longer than I felt was strictly necessary for her to get over Colin - especially when he shows his true colours so boldly (and badly). I do love a few of the bit players - Great-Aunt Sybil is fabulously awful (but we've seen her type before), little sister Ella is fun (but we've seen...etc...). Miss Ethel Cross is one of my favorite characters, but considering her limited word count, that doesn't speak too well of the book. All things considered, I found this book both better and worse than I remembered.  Better, in that I understood Beatrice a little more, and worse, in that it takes quite a while for not much to happen. Madiera Cake for me...
Fashion: My favorite outfit, by far, is the 'little black number' worn by Ethel Cross. Beatrice wears a pale rose wild silk bridesmaid dress to her sister's wedding while Oliver is 'wearing his morning coat as if he was in the habit of doing so frequently...it was certainly not hired from Moss Bros.' Blue linen dress and little jacket, pale pink cotton dress with a demur collar, dark blue one piece swimsuit.
Food: Bacon, eggs and mushrooms for breakfast, ham on the bone and potatoes in their jackets, pork pies, duchesse potatoes, strawberry tart, lettuce soup (???), grilled sole, fresh fruit, peach tart, brioche.
Posted by Betty Debbie at 5:00 AM