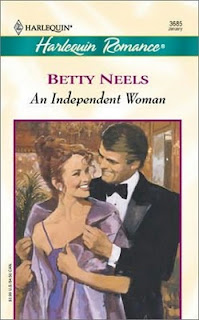 Jack Kennedy famously said, of a diplomatic trip to France, 'I am the man who accompanied Jacqueline Kennedy to Paris, and I enjoyed it.'  Time magazine quipped, of the visit, 'There was also that fellow who came with her.'  Dear me.  An Independent Woman was doomed in my estimation to be known as the politician I had to glad-hand in order to get to vivacious elan of The Little Dragon.  At least that's how I remembered it...

(* This clever metaphor breaks down, I understand, over the fact that JFK was not just 'Good-looking for a politician.' (Talk about the soft bigotry of low expectations...) but very nearly actually handsome.)

Julia Gracey is on the floor with a curtain trying to magic a lovely/passable evening gown out of it using no money, no time and probably wrestling with one of those gorgeous vintage Vogue patterns that assumes she took four years of Home Ec. in high school. Happily, Julia is a top-notch needlewoman and she's not going to let a little thing like shoddy materials get her down.
Her sisters, Ruth and Monica, are beautiful and a little helpless and often leave all the crushing, spinster-ensuring details in life to Julia (moving them to their home in London, hooking up the phone, paying the bills, showing a little cleavage to the butcher so they can get cheap cuts...etc.) while they busy themselves with little jobs and little romances. Monica has George the Vicar and Ruth has Thomas the Doctor and Julia...Julia has the booby prize.  What else would you call Oscar the Junior Executive at a greeting cards firm?
A knock on the door won't interrupt her work--and work it is.  She'll have a job turning this tatty fabric into anything worth wearing and all the cat hair will have to be...
'It looks like a curtain.'
That's Professor Gerard van der Maes, 36, come to drop off a package for Ruth from her Thomas.  He's handsome and larger than life and there she is, grubbing on the floor with a paper pattern.
And his was not a passing comment.  (Well, it was to him.) It somehow manages to be a mandate on her life, her circumstances, her miserable excuse for an 'admirer'...She hates him.
Editorial Note: I hated her instant antipathy the first time I read it but this time I tried to understand her feelings a bit more.  When I was in high school my backpack broke.  Instead of asking for a replacement (our family motto might have been: Use it up, wear it out, make it do or do without.), I employed a strappy airplane carry-on bag to do the job.  I lacked the elan to carry off really quirky fashions but it sort-of looked right. Things had been going along nicely for a week when a boy in my German class said, 'Is that an airplane carry-on bag?'  That's all he said.  No teasing, no nothing.  I was mortified--In a way only a self-involved teenager can be when they think everyone spends all their free-time thinking about the social mis-steps of their peers.  I loathed that boy.  Such are the feelings of Miss Julia Gracey. 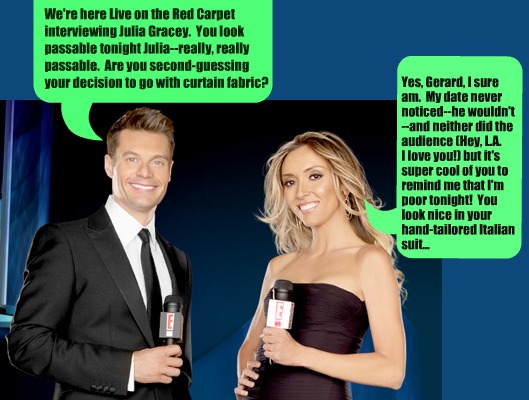 Rating:  I remember really not liking this one--for reasons I could not wholly articulate, mostly revolving around the fact that Julia, the alleged Independent Woman, seemed like nothing of the sort.  But after this much closer reading (which is not how an ordinary read, getting the overall vibe and missing the details, would go) I am prepared to admit that the book is nowhere near as objectionable as that.  It's a nicely written if sad book; Julia spends her time wishing that she and Gerard could just get along with one another (but not really striking the right kind of sparks off of each other), Gerard spends his time saying exactly what pops into his mind (which you should never do until after the wedding...) and there are some tantalizing dead-ends (he had a heartbreak a year ago which provides the entire foundation for his grumpiness toward women (which we never hear about!) and a woman with a first and last name is supposed to be chasing him at the hospital (but we never see hide nor hair of her).  Also, the actual number of days the two spend together are very small.
But Julia is quite plucky--she organizes her sisters into wedded bliss, finds gainful employment (who would have expected a fire?), and marshals her resources into a failing start-up. With a few more years of grinding perseverance (which she is entirely capable of) she could be the next Steve Jobs of her own Woolen/Embroidery empire! What a shame Betty Neels had her already marked down for occupational ruin!
I think I'm also a bit bummed about the failure of the set-up to materialize.  Three sisters of marriageable age living together--it sounds like a great fairy tale--but the two sisters get bundled away with all the romance of a load of laundry.
Still, The Great Betty was, like, ninety when she wrote it and there are some wonderful moments, particularly post-DR from the hero's perspective.  (Is that as mind-blowing to you as it is to me?)
So, this is somewhere between a Madiera Cake and a Treacle Tart for me (way, way up from the Tinned Soup of my memory).  In other words...the book is passably handsome...for a politician.

Fashion: She fashions a curtain-dress, wears a magnificent shawl, and a pleated skirt with a tweed jacket. A pair of elderly trousers and a turtleneck sweater make him fit the Dutch cottage he owns.  She wears a denim skirt and buys (just in case!) a high-necked and long-sleeved amber silk chiffon dress over a silk slip.
Posted by Keira at 5:00 AM