Betty Keira and Betty Debbie (The Founding Bettys) for years traded Betty Neels books back and forth, chatted on the phone in a casual (read: obsessive) way after each read and pretty much existed on a tiny, tiny Betty Island all our very own. We developed our own language, ("I'm working on maths with Danny.", "I totted up my sums.", "I'm going to visit the loo.") and got along very nicely. Occasionally, Betty Tia would sail in on a cargo ship for a day or two but, generally speaking, we were alone. And then one day, one of us turned to the other and said, "Let's start a blog." 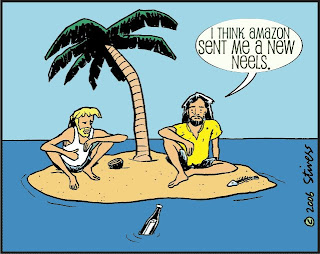 Originally, we kicked around the name Sole Bonne Femme and then Boeuf en Croute but we think it was Betty Tia who said, "You should call it The Uncrushable Jersey Dress." A blog was born.

Our original goals were modest. Review all the Betty books and enjoy ourselves and try not to talk about it too much in front of our not-yet-Betty sisters. Maybe, just maybe, our signal fire on the beach would catch a stray visitor but we knew better than reach for the moon. After all, this was a blog about Betty. And nobody we knew ever read Betty. And even if they did...would they know how to use 'computer'?

We tended the fire for several weeks before our very own Portuguese freighter chugged into the harbor. Betty Magdalen. "Someone reads us!" we squealed. We broke out the metaphorical bottles of bubbly and toasted our success. "A reader!...who is no relation!...who comments!" We had hit the big time. Had we "conquered the world one Betty Neels at a time"? Maybe not, but as The Great Betty might say, it was the thin end of the wedge.

So what are our goals going forward? 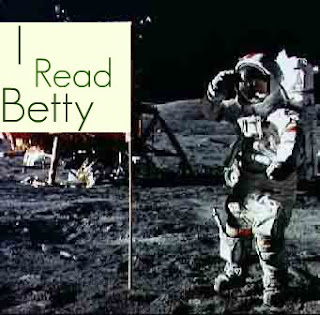 The Founding Bettys approach the canon of Betty Neels with unabashed affection. Yes, our reviews are tart and border on the irreverent (our tongues firmly planted in our cheeks), but we salute The Venerable Neels' capacity to reinvent herself in her late 50s, work tirelessly until the end of her life and give readers a chaste romance in a publishing world that...went in another direction, shall we say.

One of the serious (not tongue in cheek) reasons I read Betty is that I can count on her to keep her characters well away from Brighton (a place no Betty heroine would dare go). But they aren't sticky sweet either.

This blog loves this no-man's-land. There I will plant my flag.