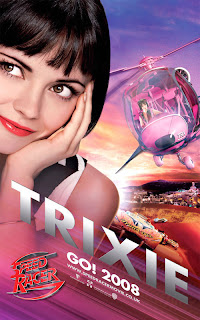 I went to Wikiname to plumb the symbolic depths of the name Trixie as it is such a Neels outlier. What was she trying to tell us? What is the double meaning? Why the Trixie haters? And so I give you, Trixie's in History!

Weddings. Our hero frames his request thus: I should very much prefer a quiet ceremony if that is what you want... Dragon, buffer, sack of potatoes...same diff. It was as though he said, reaching past her to the dessert plate, "I am dying for the last eclair...but only if you're quite sure it means nothing to you." Any woman worth her salt would smile politely, pass the plate and vow revenge. I am consoled by thinking of the guilt he will feel for the next sixty years on the day of their wedding anniversary. A gift that keeps on giving. Which brings me to the reflection that I must not be a very nice person after all... 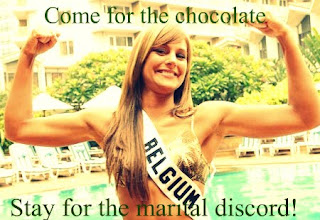 Brussels. At one point he is phoning from a friend's in Brussels. In the world of La Neels it is permissible, if one cannot help one's self, to drive at great speed and dispatch through Belgium in order to get somewhere more desirable. (The same is true for France, incidentally.) And last time I checked, Brussels was a city located in...uh...you know...Belgium. It's like the Bermuda Triangle of European countries wherein marital misunderstandings are sucked in to a whirlpool, wooed by the siren song of tinkling glasses, female laughter and wild conjecture. Rome also fits the bill, although strangely, not Paris. La Neels heroes and heroines NEVER go to Paris. The occasional ward or step-sister might, but not the main characters. I find this puzzling...as I often say to my husband, when asked where I'd like to go on vacation, "Paris is always a good idea." In Rome it isn't tinkling glasses...it's famous, anonymous singing stars who have a medical problem, generally involving their chest.
Posted by Keira at 10:11 PM