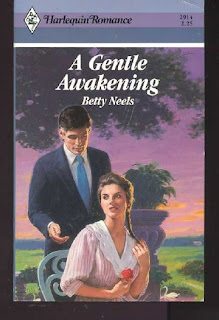 A Gentle Awakening is one of those Betty Neels' that never gets confused with any other. For instance, one never scratches one's head and asks if this is the one about the glass floor or not.

Florina Payne is not a mouse. On one hand she is a ginger-headed drudge of 27 with no marriage prospects. On the other, she is a cordon bleu trained chef, speaks fluent Dutch and is willing to go toe to toe if she feels herself getting walked all over. Clearly, she is Clark Kent and Superman--by day a mild-mannered and dutiful (if not loving--because her father is a piece of work) daughter, by night, a knife-wielding tempestuous cook. Florina is back and this time it's personal.
She is an outlier with ginger eyebrows and a ginger plait and as you can see, it has rather distracted me (FYI, you're welcome for the gratuitous Gilbert Blythe add-on): 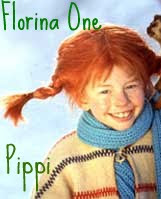 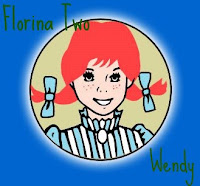 Sir William Sedley is a famous paediatrician which immediately put me in mind of Doctor Spock because that is the only paediatrician who could ever be prefaced as 'famous' and I began to wander off the point as I pondered what could possibly have made him famous. Conjoined twin separations? Magic baby-vomit dodging skills?
He has a little daughter that he had the poor taste to name Pauline (this is from a woman whose husband and two siblings all have Paul derivatives as names--I know of what I speak). He also has a festering boil---Oh! You thought I meant the kind on his skin! No, no, her name is Wanda and she is his fiancee'.

Plot:
Florina is cycling along a road and in my head she's not wearing a helmet because though my emergency-room nurse neighbor has plenty to say on the subject of helmets and violent brain trauma it must be faced that helmets are not romantic so no matter how right they are in reality they are rubbish in romance novels. Sir William ("She wouldn't have a Willy or a Sam--no Sam!") drives up in the requisite Bentley with Pauline and asks about lodgings. No heat is exchanged.
Florina pops herself into a cottage where she faces her father (mentally I conjure Jabba the Hutt) who is so awful that when the book ends the only question is: Why didn't The Great Betty engineer a little Newtonian

physics between his insufficiently small auto and an articulated lorry? If ever a parent deserved it...
Sir William spends one short afternoon the next day touring Wheel House with the owner. He decides to buy it on the strength of a thick glass panel in the living room floor where the mill wheel once was. Tres cool. Wanda is not consulted--an ill-omen that all is not well in the House of Sedley.
Florina, after discovering that her father isn't going to have a heart attack if she ups and offs, gets a job at the Wheel House which means the end of us fancying her on picturesque little bicycle trips in the countryside.
She begins her great-shades-of-Like Water For Chocolate cooking. The set-up is thus: Sir William's old nanny, Mrs. Frobisher ( a hatchet-faced woman with an indiscreet streak and a heart of gold), housekeeps, two ladies come in to do the rough, Florina whips together delicate meals with a masterly air and Pauline keeps herself busy helping (read: being underfoot) in the kitchen and going on excursions like mushrooming and raspberry picking. Sir William swings by on the weekends to raise his daughter but in the Land of Neels we are not to read this as off-hand or neglectful. So don't.
Enter Wanda. All you need know is that she jangles with surplus jewelery and a certain nouveau riche trashiness. "The air positively hummed with their mutual dislike, instantly recognized, even if silent." (Rubs hands. Yes!) She also likes to sleep late and play bridge. Obviously she must never be trusted with a child.
Measles. Pauline is down first but she's had her jab so it won't be too bad. Mrs. Frobisher, an old woman, goes down next and it's disastrous. There Florina is, her ginger plait becoming more and more untidy, unable to contact Sir William (because Wanda the Ice-Princess, like all nouveau riche, has bad phone etiquette) and fixing herself beans on toast. That's when y 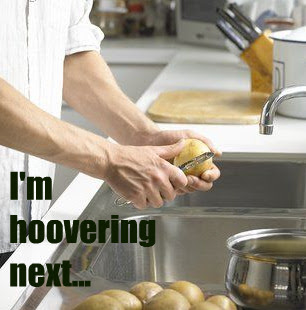 ou know the poop has really hit the fan: A cordon bleu chef is making herself beans on toast.
Sir William finally comes, is satisfyingly horrified that she's been single-handedly running the household with two invalids, and calls in his trusty right hand Jolly (who doesn't look it, of course) to come and help out. He shows his mettle as no Neels hero has, before or since. He makes coffee, brings morning tea, delivers trays of food, hoovers (!), scrapes potatoes and washes dishes. He's practically Betty Crocker. I'm going to need a moment to fan myself. Ahem!
Wanda makes a brief appearance only to order everybody about and then become terrified by the idea of breaking out in red spots.
After the Contretemps of the Communicable Disease has passed, Florina has a well-earned vacation. Happily she has been invited to a Dutch cousin's wedding in Zierikzee the same week that Sir William will be over in Leiden. A very green carpool is arranged. At Aunt Minna's house we learn:
Felix is so angry that this plain-Jane doesn't want a little lay-by dalliance that he deliberately puts his arm around her waist when Sir William comes to pick her up. William doesn't see her deliver an indignant shove to the Craven Felix and he's shattered (read: cold, withdrawn, "like a young man in the throes of his first love affair") to discover that he doesn't like Felix one little bit.
Back at the Wheel House William begins dropping hints like hot bricks ("Oh, you disturb me...", "I forget you're my cook.", "You have such beautiful hair..."). He's clearly made his mind up about Florina but is undecided about whether or not she's made her mind up about him.
Wanda comes down to the country again in order to fulfill her contractual role as Wicked Fiancee. In the course of making herself disagreeable she engages Florina the Good in a cat fight--seeing in her ginger eyebrows an 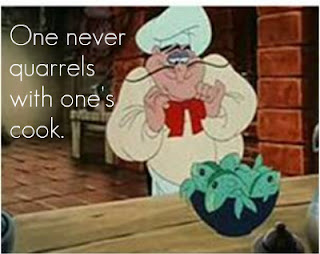 d worshipful mien a goose ready for plucking. But a 'royally angry' Florina has that alter-ego that prompts her to dump a pitcher-full of fresh lemonade over Wanda the Wicked. See why I never get this book mixed up?
Jolly makes a mental note to stop calling Florina 'miss' and begin calling her "Miss Florina".
But Felix the Craven's idea of a good time is to spend his precious week of holiday, not in chatting up the to-be-pitied women of Holland, but in traversing the Channel and destroying t 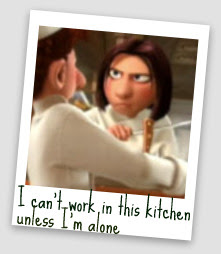 he dreams of a earnest working girl. He shows up at the Wheel House and insinuates a close relationship with our plucky chef. Sir William (once again cold and aloof) and Wanda the Wicked push Florina into Felix's flaccid arms. Florina is so distraught that she finally burns something ("Dinner is ruined!") and orders everyone out of the kitchen in a rage.
She avoids him for the rest of the week.
A motor smash up (no, not involving Florina's father or Felix the Fink or the Pustule of Death--Wanda) serves a a vehicle for the rescue of Florina and Pauline by Sir William. A touching bit of hand-holding is described. Pauline's concussion (she should have been wearing a helmet!...while running through the woods) takes them to London. Wanda and Florina have it out and Wanda the Really Despicable tells William that Florina is in love with him--right in front of Florina's face!
Editorial Note: There is a code of womanhood being breached here. It is permissible to rip to shreds a woman's choices in wedding millinery. It is forgivable to give her an eating disorder with constant criticisms. It is even allowable to take her man (if he hasn't put a ring on it). It is never okay to knife her in the back in front of the other sex. That kind of thing will get you kicked out of the club.
William says, "I know" which is the only thing he can say since Florina has been "Yes, Sir William"-ing him with calf's eyes for 200 pages.
He suggests that she take a leave of absence and she is disrespectful and flippant (which is a nice change as she has been worshiping at the shrine of Our Lady of Sir William for long enough). She goes off to The Netherlands to be a nanny for a bit (which is nothing like being a chef but evidently they were really up a creek) and William takes Wanda down to the country. One ordinary meal and a Bataan-like Death March through fields and paddocks and over stiles in high-heeled shoes is enough to convince her that Larry the American is the man for her. She actually chucks the diamond ring at his head and demands to be taken back to London. As it was most likely garishly large and of a modern cut, it could really have done some damage if it had connected with his head. (He should have been wearing a helmet.) William smiles 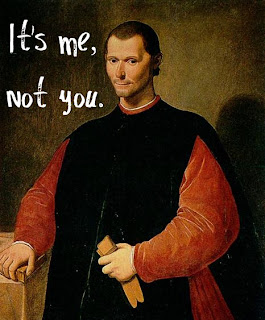 wickedly. He's practically Machiavelli incarnate.
He collects Florina who is puzzled to see him again and when she demands to know where they are going he pulls into the slow lane and declares his love. He should probably have taken some hints from Felix the Craven and pulled into a lay-by for a spot of thorough kissing but we have to be content with meaningful hand-holding as he pulls into the fast lane once more and speeds homeward.

Rating: Boeuf en croute with some parts earning a Queen of Puddings. Our hero deserves the highest rating as he is so helpful with chores, creatively dumps the bad girl, often smiles wickedly and drops hints all over the place that Florina is the gal for him. Florina would get a higher rating from me if she didn't call him Sir William quite so much and didn't invite scads of children into her kitchen at the least provocation. Perhaps when I am out of the phase where I have to cook meals while pivoting on one leg (because the toddler or the baby has attached himself to me) I will find this trait to be more believable and less tooth-achingly saccharine.