When Louisa sees that Emily has been given a great-massive box of Elizabeth Arden, she comments that everyone (just everyone) uses Blue Grass:
Blue Grass was launched in 1936 by Elizabeth Arden under 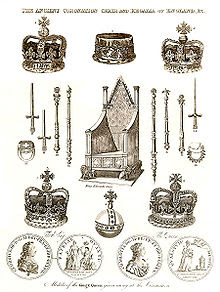 protests from her sales managers and advisers who feared that a horsey name would be the kiss of doom for the new fragrance. Instead Blue Grass was a wonderful triumph for Arden, helping her out of a cash crunch (brought on by her personal extravagances), and dominating the market for the next twenty five years...Blue Grass is a floral scent with hints of lavender, orange flower, clove, and nutmeg.

When Emily is caught in a fib about her plans for an afternoon, she suggests that they go visit the Crown Jewels instead:

The Crown Jewels have been kept at the Tower of London since 1303 after they were stolen from Westminster Abbey. It is thought that most, if not all, were recovered shortly afterwards. After the coronation of Charles II, they were locked away and shown for a viewing fee paid to a custodian. However, this arrangement ended when Colonel Thomas Blood attempted to steal the Crown Jewels after having bound and gagged the custodian. Thereafter, the Crown Jewels were kept in a part of the Tower known as Jewel House, where armed guards defend them.

A Winter Love Story:
On the massive post-Conjugal Shopping Spree, they buy undies at Harvey Nichols (also known as Harvey Nicks (!) in much the same way as Northwesterners call Fred Meyer's 'Freddy's'). It attracts a younger crowd than Harrod's but tends to be more expensive:
In 1813, Benjamin Harvey opened a linen shop in a terraced house on the 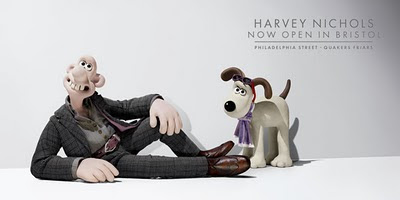 corner of Knightsbridge and Sloane Street in London. The business passed on to Harvey's daughter in 1820 on the understanding that she go into partnership with Colonel Nichols, selling Oriental carpets, silks, and luxury goods alongside the linens.
Hmm. Sounds like a wonderful set-piece for a marriage of convenience...
Posted by Keira at 5:00 AM