Have you noticed that after a marriage of convenience, Emily Araminta Eulalia Dawlish Foster Fforde is the one expected to prepare all of the doctor's Christmas cards? I would love it if someone could cite a specific book(s) from the canon (I would do it, I really would, but I am too busy this week to dig through them all!)

Dr. van der Stevejinck and I reached an agreement after a few years of marriage that we would each address and sign the Christmas cards we were sending to our families. I would do mine, he would do his. I dearly love my husband, but he had been sending Christmas cards to every cousin and second cousin of his (he has a lot) - and I got fed up. If he wanted to send 50 cards to people he barely knew, who didn't reciprocate, well, that was his look out. It didn't take him too many years to prune his list down to a much more manageable one. Which is truly a good thing, since, after many many years, I volunteered to do his this year. Why? He's in Japan until Saturday and the postage from there is more than double what it is here. Don't tell him, but I've managed to whittle down his list even further... 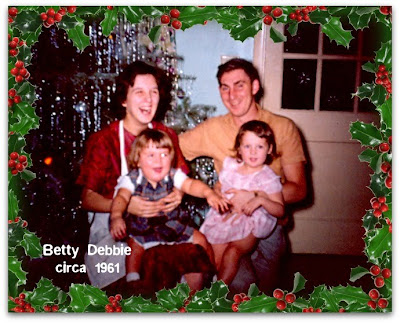 In the past (the increasingly distant past), we used to send family pictures along with our cards...that was back when the kids were young and relatively cute. Now that my youngest is nearly 16 and I am over 50, it would just be painful to send a family picture.

In the interest of full disclosure, I should state that not all the pictures of my kids that I sent with my Christmas cards were 'cute'. One year I decided it would be nifty to dress my kids up and pose them in a Nativity-like scene (no, I wasn't on crack). I had enough players...my 3 middle boys were Wise Men, oldest son was Joseph, and only daughter was Mary. So far, so good. My youngest son was only about a year or two old, so he was cast as Baby Jesus. One problem...he wouldn't lie still in the 'manger'. We were finally able to take the picture when he fell asleep for his nap. I'm guessing this picture was taken in around 1995 0r 1996 - back before we had a digital camera and could actually see what the picture was going to look like. This particular Christmas Picture has gone down in family lore as 'The Dead Baby Picture' - the 'manger' I had rigged up looked vaguely coffin-like, and Danny looked, well...um...er...dead. By the time we got the pictures back it was too late to redo them, so out they went. I would post one here, but like I said, we hadn't gone digital yet and I'm too lazy to go dig a copy up.

As a teaser, I will tell you that I do have a Hanna Betty family picture circa 1984...which means Betty Keira and I were BOTH in it (I was married and living out-of-state by then, but I was visiting home the weekend the picture was taken...) I can't post the picture today - it's too big for my scanner, and Dr. van der Stevejinck took our camera to Japan with him (dang, I should have made him take a Betty Neels and do a Betty in the Wild...argh!). He'll be back this weekend, so if anyone would like to see the 1984 picture, let me know.
Posted by Betty Debbie at 10:00 AM