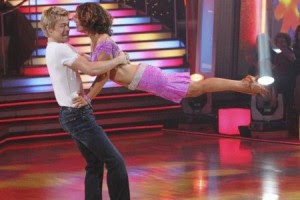 When dusting the Colonel's books, she stirs up some 'mummified dust'. I shall think of this the next time I turn out my shelves. No doubt it will lead to a happier attitude and visions of Lon Cheney as I sneeze and sneeze and sneeze.

Mrs. Ramsay (Claudia's mum) is 50 years old and still strikingly beautiful. Why is it I can't get a certain fringe-shaking Jennifer Grey out of my head?

Mum and Claudia inherit worthless shares. The solicitor had just found out a day or two before the Colonel died that they weren't worth anything. Gah. That's as bad as dying in a car wreck on your way to drop off the life insurance check. 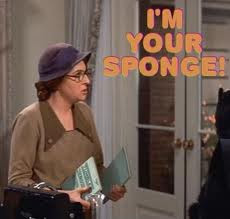 Claudia finds out for herself what exactly a general assistant in a geriatric hospital was: a maker of beds, carrier of trays, bedpans, and bags of linen. And when she wasn't doing this she was getting the old and infirm in and out of bed, finding slippers, spectacles, dentures, feeding those who were no longer able to help themselves and trotting the more spry of the ladies to the loo. General Assistant sounds a little too close to General Dogsbody, if you ask me, and acts a little too close to Girl Friday. Either way, you'll wind up doing things you aren't paid enough for. (see: Agnes Gooch)

Cork introduces Claudia to Mrs. Rumbold who comes in daily...'a stout lady with small dark eyes in a round face, a great deal of hair in a most unlikely shade of ebony...' I don't have an 'unlikely shade of ebony'. I have an entirely probable shade of mouse.
After finding a cottage to buy (that morning!) Claudia and her mother had the place metaphorically furnished, the curtains hung and the garden dug and in full bloom by the time they got to the car. I'm always bemused by how little time is actually spent in a house before an offer is drawn up--and then how little is spent during the inspection. Granted, that could run to hours but it doesn't seem commensurate to the hundreds of thousands being spent on it. 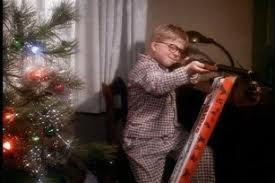 Christmas day: breakfast, church, lunch, THEN open presents with the children, put kids down for naps, THEN adults open presents. Hmmm. I'm trying to figure out if that would work for us. I like the idea of a separate adult opening but just LOVE being woken up by impatient youngsters on Christmas morning. Our routine is: Wake-up, stockings, general opening of gifts, lavish home cooked breakfast. If it happens to be Sunday, our ward only meets for an hour (and it's mostly carol singing). Then it's home again, clean-up, I don an apron on for Christmas feast @ 2-ish while the hubby takes the kids to the meadow to shoot their eyes out (and then he comes home to do the mashed potatoes because he's waaaaaay better than I am). Naps, old movies, cocoa and dessert. And then we sing happy birthday to my Mother-in-law who had the bad luck to be born on Christmas.
Posted by Keira at 8:00 AM