Twas the Betty Before Christmas

I was looking for a way to remind our Bettys of the current contest we're having here on The Uncrushable Jersey Dress so I decided to post a sample submission. So, here goes, this is my example of a possible submission. (Yes, I plagiarized quite a bit, and (possibly worse) played merry hob with the meter - don't be a hater).
Twas the Betty Before Christmas
by Betty Debbie
'Twas the night before Christmas, when all through the house
The only creature stirring, was a girl with hair of mouse;
Her stockings were hung by the chimney with care,
In hopes that 50 p. would keep the fire going there;
The animals were nestled all snug in their beds,
Dickens the cat and a dog named Fred.
Araminta sat in her (shapeless) dressing gown with no cap,
Her shoulders were drooping, her hands in her lap,
When out in the hall there arose such a clatter,
She sprang from the chair to see what was the matter.
Away to the door she flew like a flash,
To open it before the landlady heard the crash.
The light in the hall, with the dimmest of glow
Could barely illuminate the Dutch Doctor below.
His hair was lint fair, his form tall and vast,
Of all the people she expected, he was the last.
Then down he swooped, so lively and quick,
Araminta was kissed before she could tell him she was sick. 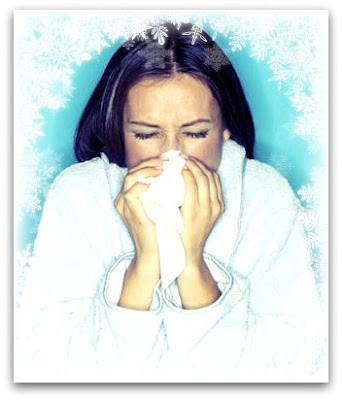 More rapid than eagles the sick it did come,
The shine on his shoes did lose luster some.
"Now, Dash -it! Now, Darn-it! Where’s Jolly? I need him!
He’ll get my (handmade Italian) loafers looking like I just got them.
Back in your bed-sit! Lay down on the divan!
I’ll fetch the landlady and give you a jab and
order some soup from Harrods, toot sweet –
Better yet, Mrs. Jolly can fix you a treat.
I’ll bundle you up, take you out to my car,
Then buckle you in - the trip isn’t far.” 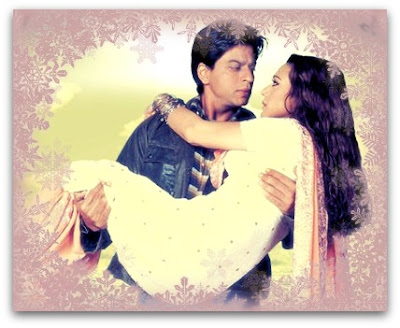 With a sigh of regret, Araminta declined…
Her pets must come first, oh dear! What a bind.
“Nonsense,” said he. “We’ll just take them with!”
“They’ll ruin your great socking Bentley,” she sniffed.
His home, in Lil’ Venice was a sight to behold,
well, what she could see through her streaming head cold.
Down the steps came old Jolly, who picked up the cat,
And led dear dog Fred to the kitchen, and a mat.
Our Gijs hoisted Araminta into a plush bed,
She lay there and moaned…and wished she were dead.
When morning time came, she felt more the thing,
And pinkened quite nicely when he showed her a ring.
The family jewels, a sapphire of blue,
surrounded by diamonds of exceptional hue. 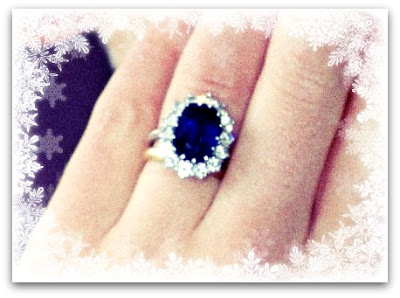 It fit like a dream, as if made just for her,
And then, in her breast, new feelings did stir.
A Dawning Realization, oh dear! What to do?
Hide her love away? And hope he never knew?
Gijs never had told her he loved her, and yet,
he might come to do it, she was willing to bet.
“Yes, I’ll marry you, in spite of the fact,
A mention of implied conjugal relations is something that’s lacked.”
A wink of his eye and a curve of his mouth,
Soon gave her to know that the ‘lack’ had gone south.
He spoke not a word, but went straight to his work,
And snogged her most soundly; oh gosh, what a perk!
And laying his finger aside of his nose,
And giving a nod, Gijs again did propose.
I’ve loved you ever since the first time I saw you,
Please say yes, my dearest darling, don’t make me stew.
Her eyes, they did twinkle, she said, “Let’s not tarry!”
I’m sure you have a Special License – let’s not wait to marry!
The Jollys toasted the couple, all had finally come right,
"Happy Christmas to all, and to all a good-night." 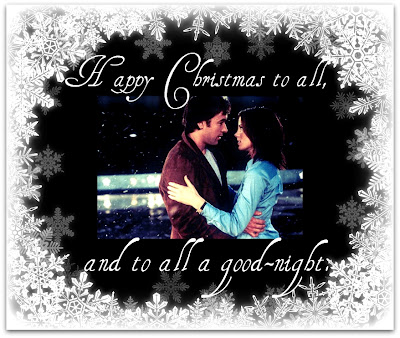 Now it's your turn. I've already recieved a great short-short story from Betty Magdalen (it's much better than my lame attempt - but I wasn't about to waste a post I already had finished...), I'll be posting her entry tomorrow, so mark your calendars!