The Edge of Winter - Discussion Thread 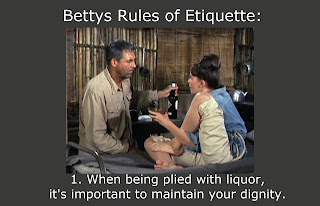 After being rescued by Crispin, he tosses a couple of sweaters and blankets at her and orders Araminta to change herself and the little girl out of their wet things. Rather than take off her trousers, she opts for damp slacks and her dignity. I'm with her here...she's on a yacht with a strange man, now is not the time to drop trou.

I adore Araminta's handiness around the house...when she returns from the 'Cornish fleshpots' she recovers the sitting room cushions and then starts painting her flat. Crispin drops by while she's got her painting groove on - he even offers to paint her bookshelves. She foolishly turns him down...I don't mind painting walls, I don't even mind doing the edging along the floors, ceiling and windows...bookshelves are a whole nother kettle of fish. Araminta should have taken his offer. Especially since she ends up falling off her box a couple of times (which just makes me cringe, as I have fallen while painting (Betty Keira's kitchen!) - ending up with a broken toe, a swollen knee, and a miracle that I didn't snap my neck when my chin hit the counter on the way down).
Tossed in the story with no particular importance is Male Nurse Pratt. You will find a smattering of male nurses in Neeldom...which is not surprising considering Betty's husband was a nurse.

Crispin doses both Araminta AND the 8-year-old with brandy when rescuing them from the coast. The idea, I guess, is to put the little girl to sleep so that she won't be in pain during the voyage back to dry land. Having had to deal with broken limbs on several occasions (four out of six kids, plus myself...) I happen to know that it's much better to arrive at the hospital without anything in your stomach. I've had to bring at least one kid back the next day so that his arm could be set while he under general anaesthesia...they wouldn't put him under because it was too soon after lunch...or perhaps it was dinner. Maybe this wasn't as big a deal back then? Or maybe alcohol doesn't count? 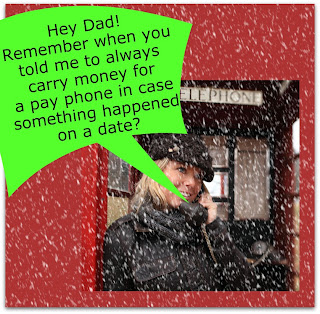 Araminta is high and dry in a foreign country without any money. Where's a credit card when you need it? This got me thinking, what would I do in a similar situation? Araminta is shy of going to the police...but depending on the country, that's exactly what I would do. I wonder why she didn't try to call her father? Sure, he's in England...but surely he could wire her some money?? When I was in high school, my dad insisted that we girls carry the cost of a pay phone with us when we went out (back then it was a dime). What would your course of action be in a similar case?

'Don't you swear your beastly Dutch oaths at me!' (said when he finds her sleeping in a shelter at the side of the road, penniless) is arguably one of the very best lines in a Betty Neels...

Betty Keira left me a note: If I haven't covered all your feelings about how nasty the end is (where she is made to reassure the old woman who broke up her engagement and sent her into the streets and whom she will have to live with and listen to ('with her high, sweet voice') forever and ever) then elaborate. I personally wouldn't last a week with the Tante Maybella. After a couple of days I would be using every excuse I could think of to get out of the house so as not to explode...or implode. I am speaking from experience. I don't have anything against older relations living with younger

relations, but I can't abide high sweet voices like hers. I think Araminta has a few options available for ridding herself of this human parasite(keep in mind that I would never advocate anything illegal or harmful to another living, breathing human being...but since this is fiction, I think a little creative license might be allowed).
1. Invite Louisa from Winter Wedding to visit for a week or two and leave an unsecured bottle of Seconal laying about.
2. Rescue every filthy animal in sight and give each and every one to Tante. After two or three unhousebroken pets, she might prefer her own place. This route is pretty chancy, especially for the poor animals.
3. Take Tante on daily walks in the teeth of mighty gales (it is 'the edge of winter' after all). Perhaps a little over-exposure to some sub-zero temperatures might bring on a case of pneumonia?
4. Go Christmas shopping with Tante Dearest in Amsterdam...chose a busy street that borders a canal and....oops!
5. Invite little Paul from Three for a Wedding and give him the keys to an abandoned warehouse...
6. Go yachting with Lilith from Tabitha in Moonlight, and send Tante back for the sunglasses...
7. Foggy moors...numerous possibilities....
8. Accidentally leave her behind the Iron Curtain with an arthritic nanny.
9. Get lost in a Scottish snowstorm - see Heaven is Gentle for pointers.
10. Tunnel accident in Norway...this is a little problematical, especially since it's unlikely that Tante Maybella drives.
11. Book her on back to back world cruises, but don't tell her about it until you've got her settled in her stateroom.
12. Crispin has three other siblings...let them have their share of Tante Maybella. On the surface this looks like the best option...but you just know that at least one (or more) or the siblings won't pull their weight.
Posted by Betty Debbie at 8:00 AM