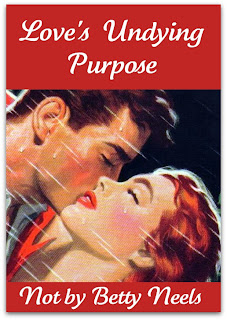 Bertha reads to old Mrs. Duke (before she dies) and the woman asks for her to read Love's Undying Purpose. I tried Googling the title - nada. It obviously wasn't a title Betty Neels would have chosen for one of her own books - it sounds like it might either have purpler prose than The Great Betty used or it was the British equivalent of Grace Livingston Hill - which would be even cleaner than La Neels.

Her father is never around but we find out that his job is as QC (Queen's Council, I think)--he's rather well known. This novel was published in 1996. Umm, my question is, why, oh why doesn't her father ever call home and talk to his daughter? He is completely absent. Not even any emails. He seems have been gone for at least several months, perhaps years. Obviously there hasn't been a ton of father/daughter bonding. At least not enough so that Bertha feels comfortable telling her dad that the only clothes she has to wear are her younger step-sister's hand-me-downs. 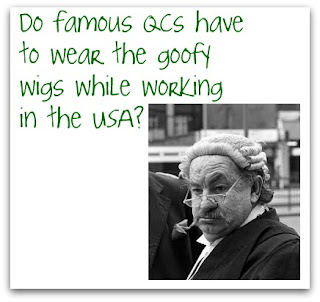 Oliver does a little psychological warfare against Berta's sister Clare, asking her to read for the old woman knowing she will refuse and let Bertha do it. Clare's response: 'Yuk. How absolutely grim.' He's brilliant at reading Clare and Mrs. Soames - he knows just when to use the reverse psychology. I love using reverse psychology on kids. Unfortunately...well, I guess fortunately, my kids are pretty smart and have all outgrown my amateurish attempts at reverse psychology.

Bertha. Discuss. I'm thinking of those lines in Voyage of the Dawn Treader: "There once was a boy named Eustace Clarence Scrubb, and he almost deserved it." Bertha. Gah. Bertha??? Really? Bertha has got to be near the very top (or bottom - if you turn it upside down)of my list of Worst Names Ever, right next to Beulah, Gertrude and Maxine... And now, for your educational enlightenment, I give you A Bertha From History (courtesy of wik 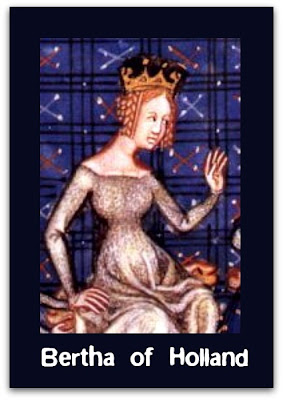 ipedia):
Bertha of Holland (c. 1055–1093) was the first wife and queen of Philip I of France, King of France.
She was the daughter of Floris I, Count of Holland, by his wife Gertrude of Saxony, the daughter of Bernard II, Duke of Saxony. After her father died in 1061, her mother remarried to Robert I, Count of Flanders, called Le Frisian. In 1072 her stepfather concluded a peace treaty with King Philip. As part of the terms of the treaty Bertha was married to Philip.
Nine years passed before Bertha produced the desired son and heir, Louis. Reportedly, her fertility was only restored thanks to the prayers of a hermit, Arnoul, who also named the child. In 1092, Philip repudiated Bertha, alleging that she was too fat. He confined her to the fortress of Montreuil-sur-Mer, and took up with Bertrade de Montfort, the countess of Anjou.