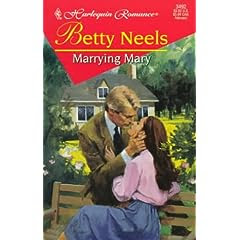 When Betty Debbie and I talk about this book we usually bring up the fact that mother has her own garden shed in which to work which is like the holy grail of personal space (detached and far enough away to avoid any hint of, 'Mooooommmmm!  Spencer hit me!'...or something...).  Sure, there's an entire love story going on here but the real hero is that garden shed.
Also, I can't believe the hero is named Roel.  The End.

There really isn't anything exceptional about the plot of Marrying Mary. So here's the summary. Girl sees boy, falls in love at first sight on page 17, boy thinks she's good looking...can't completely get her out of his mind, blah, blah, blah, FINALLY realizes that he loves her on page 187....marry me, kiss, kiss, the end.

So why do I like this book so much? It's all about the characters. La Neels has fleshed out quite a few characters in Marrying Mary. Many are archetypal Neels, but she does pull off a few gems.
Mary Pagett is a tall, beautiful girl with an abundance of chestnut hair. That qualifies her as a Betty Neels Heroine Type 2 ("The Olivia"). She is capable, hard working, self-sacrificing and sensible. She takes care of her family. And they let her. Boy, do they let her. She falls in love at first sight with Roel - but she doesn't chase him. She's not above a little romantic daydreaming, but she doesn't let herself get carried away.
Great-Aunt Thirza. You might think Thirza is an unusual name - but aunts and great-aunts in Neeldom are often called by this and other equally out-dated names. She is a cantankerous old lady with heart problems. I'm guessing that her heart problems are not cholesterol induced - since she is a vegetarian. Great-Aunty invites herself to the Pagett's home to convalesce when she comes out of hospital and the whole family is compelled to become temporary vegetarians. Against their inclination. All of Neels good guys/gals have "healthy appetites", so eating vegetarian does not sit well with the Pagett family. When the old lady dies she leaves Mary a cookbook, "with the hope that by its perusal she might improve her cooking." 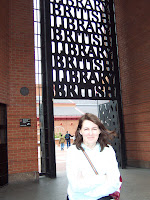 Mr. Pagett - Mary's father is an absentminded intellectual. Because, if you are an intellectual, of course you're absentminded. Besides being a "learned scholar" he is writing book - which necessitates him spending a great deal of time at one of my favorite places in London, The British Library. He inherits a few thousand pounds from Aunt Thirza and immediately loses it to a con man...along with a good portion of the rest of his capital. Thus making it necessary for Mary to get a job.
Mrs. Pagett - she is that rarity in Neeldom - a mother with her own career. She is described as "a lovable, whimsical lady, whose talent for designing Christmas cards had earned her a hut in the garden to which she retired after breakfast each day, only appearing at meals." I would like to retire to a hut in the garden and only appear at meals. Good work, if you can get it. Mrs. Pagett's character could so easily have become annoying (how much whimsicality is too much??), but Betty manages to keep her from crossing the line into irritating land.
Polly Pagett - Mary's 13 year old baby sister. Quite irrepressible. She is a keen and not very accurate player of the recorder. Near the end of the book she gets a nasty virus, which Mary nurses her through. Roel sets them both up for a week in his country cottage...so that Polly can recuperate, THEN he takes the pair of them to Holland for another week, to finish the process off. I have never had that kind of recuperation. I would love to give it a try.
The Bro 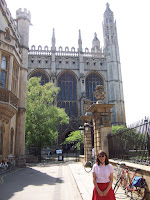 thers Pagett. I would name them if I could - but since Betty didn't, I can't. We will hereafter call them and (others like them) "Shadow Siblings". Not an uncommon occurrence. Here's what we know about Mary's brothers - she has 2 younger brothers who are away at school...possibly Cambridge. They are only mentioned a couple of times in passing. When the family is facing financial disaster, those boys never chime in with any offers to help. How does the financial disaster affect their schooling? How are they going to pay tuition, books, housing, etc.??? Don't know.
Roel van Rakesma - our hero. Thirty five year old Frisian heart specialist. Of course he's tall and big...but I've got a problem with him...Betty describes him as having gingery hair that is going grey. GINGERY

!?! Of all the colors to have on a guy she chooses gingery. Yuk. Gingery hair on a guy is never a good thing. I have to mentally replace the ginger with sandy hair going grey....much like my husband, Dr. van der Stevejinck. Roel is not looking for love, but there's something about Mary.....
Fred - One of my favorite servants in Neeldom. He has a fiancee named Syl - they plan on getting married soon. Ilsa van Hoeven doesn't like him...but then again, most villianesses dislike the hero's household help, and plan to replace them at the earliest possible time. Fred meets Mary for the first time on page 172: "Here was a fine-looking young lady...worth a hundred of Mrs. van Hoeven. Fred, a staunch Methodist sent up a brief and urgent prayer on behalf of his master." I love that he is a staunch Methodist. Because, if you're going to be Methodist, you should also be staunch.
Ilsa van Hoeven - a sugary voiced divorcee who is after Roel. Of course she is beautiful, but as Mary's mother says, "She must be looking forty in the face. Perfect make-up of course, but I could see the wrinkles." (Mrs. Pagett is not always as vague as she seems). Ilsa ends up marrying a middle-aged tycoon from Florida.
Pleane van Rakesma - Roel's youngest sister. She comes to London for a visit along with Ilsa (who she does not like). While in London she gets lost under the railroad bridges while she's looking for homeless people. She is found by Roel and Mary, throws up in front of Mary's house on the way home, which means she has to spend the night at the Pagett home getting over a bout of food poisoning. She is also more than a bit irrepressible.
Mrs. Blackett - who comes daily to "oblige" the Pagett's. She wears "horrible" slippers - with nicks cut out for her corns. Mrs. Blackett has to be soothed constantly with tea so that she won't quit.
The Pagett home is practically a character in this book - a mid-Victorian rectory built for a large incumbent family. It comes with faulty drains, a damp patch in the drawing room ceiling that only dries out in summer, a useful kitchen garden, Mrs. Pagett's hut, roof tiles that fall off and doors that need repainting. The rooms are large and the windows drafty - thus making the house nearly impossible to heat.
There is a scene that I especially like in this book. Mary's absentminded father has invited three extra guests to Sunday dinner...and neglects to mention that until after church. Mary has to run home and scrounge around in the fridge for stuff to stretch dinner. She decides to make quiche:
"While the oven heated, she made the pastry. 'And if it turns out like lead they'll just have to eat it'...the bacon fried and the eggs beaten, she almost flung them into the pastry case and banged the door on it."
You go, girl. When Mary is grumpy she talks to herself and slams oven doors. As a bit of a door slammer myself, I thoroughly approve.
Food: Madeira cake, sausages and chips, roly poly pudding, cream cakes, fairy cakes, beef en croute, digestive biscuits, tiny cucumber sandwiches.
Fashion:
Rating: 9 - a good solid Queen of Puddings.
Posted by Keira at 8:00 AM