A Match for Sister Maggy - Reprise

I have to admit that I didn't get a chance to re-read Nurse in Holland, Amazon in an Apron OR A Match for Sister Maggy this week.  I still have one more set of wedding guests to trundle off to the airport (tomorrow), so I've been a bit, well, busy.  I did, however, re-read Betty Keira's excellent review, so here's my (admittedly limited) thoughts: 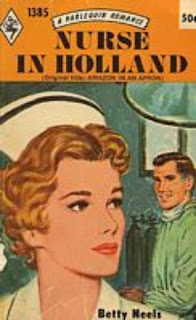 But, Betty Keira, this is not the correct book cover! We're reviewing A Match for Sister Maggy--not Nurse in Holland or (dons reading glasses) Amazon in an Apron. Ah, gentle reader, this is because this book was poorly named twice before stumbling onto the genius of the final.

Doctor Paul van Beijen Doelsma (36) didn't intend be called fat, elderly, balding and heavily-accented so early in the morning but when Sister Maggy MacFergus (24--Junoesque doesn't begin to cover it) rushes pell-mell into the hospital lobby (Ala a certain impertinent warrior princess) that's just what happens. Naturally, she didn't know who that gorgeous giant was, leaning against the porter's lodge and liste 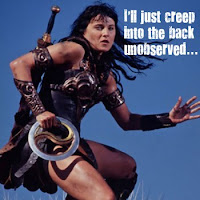 ning lazily to her hurried explanations and complaints ('Nine o'clock for a lecture! The man ought to be shot!'), but when she scoots into the back of the lecture hall it's a wonder that the sound of her stomach dropping to her toes isn't heard around the world. If they shot him for lecturing so early then he makes a mighty handsome corpse.
Paul gives an excellent lecture, fields a few questions from the earnest, eager and ugly and then spies Sister Maggy in whispered conference with a fellow nurse in the last row. The 'other' nurse asks a question--a very intelligent and well-reasoned question--and Paul knows that it wa 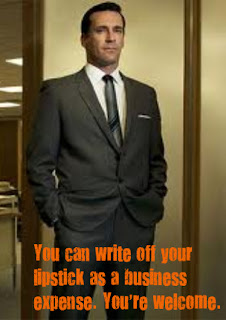 s Maggy that really asked it. He sends waves of white-hot passionate medical flirtation to the back of the hall. Many staff nurses, caught in the wake of his decisive fervor, lost their sanity that day...
After decimating hapless nurses, he makes an amendment to his schedule and decides to head on up to the Women's Medical Ward. He serves up more uncrushable ardor--thinly disguised by a witty game of 'Is your ward ready to receive me?'--and she is scrambling to catch up.
After a successful round, his parthian shot is to corner her in her office and kiss the starch out of her apron. 'I want you to remember me.' (Are you purring yet?) File a sexual harassment suit? Don't be ridiculous. He's hot and it's the 60s. She should be thanking her lucky stars.
Non Sequiter: In the ward we meet a horrible patient, Madame Riveau, and her menfolk who are Belgian. Belgian. In the land of Neels, death and mayhem are the handmaidens of all things Belgian.
The next Doelsma to enter the picture is Mevrouw Doelsma--Paul's mother and recent coronary sufferer. Though Paul is not there, Maggy lays some important long-term groundwork for her eventual happiness--impressing her future mother-in-law with important skills such as life-saving. When Paul does show up, Maggy the Shy Giantess keeps swapping out her off-duty--not so she can see him (no, no, that would be too easy!) but to avoid him. He counters her oblique overtures with 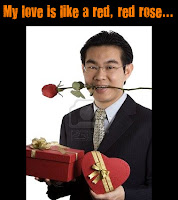 the well-trod (but always welcome) gesture of sending her 6 dozen roses and referencing Robbie Burns.
But then he asks her to go away with him to Holland. Rockets are firing in her brain. Her heart takes flight. Rainbows and buttercups rain from the sky! Four-leaf clovers are popping up all over...(Snap, snap.) He asks her to go and nurse his mother for a few weeks. (oh.) Hm. That's not a proposition. Her pride is stung enough to refuse.
When he asks again, he gently explains how concerned he is for his ailing mother--which is a little rat-finky of him if you think about it...using his mother to advance his romantic ambitions. But Maggy consents and in the mean time has her dawning realization.
Paul loves his mother and Maggy loves him and I'm not sure why the roses have to be given away at this point or tears indulged in but perhaps Maggy realizes that she's just a cog in his machine. He'll do whatever it takes to get Mevrouw back on her feet--even sweet-talking an Amazon in an Apron. (See what I just did there?) Maybe this is what it felt like to be press-ganged by the British Navy...
Non Sequiter: Madame Riveau, meanwhile, has escaped from the hospital and has tooth pain.
In Holland Maggy meets Stien who is cute and small and everything the large, strong Maggy is not.
Editorial Note: As a reader, we wonder, 'Has Paul cleared his decks for action or is there a bilge rat running amok among the ammunition?' (Oh, you weren't?) We see Stien twice more--once on horseback going for an early morning ride with Paul and another time enjoying a late-night drink in the kitchens. Poor Maggy, her dressing gown bunched up anyhow, peers around the door with a poker and loses her dignity. I want to smack Paul around 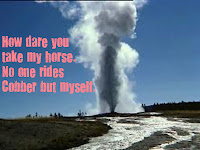 a little as it never occurs to him that running around with a girl small enough for Maggy to bench-press might throw a wrench in the wheel. Also, she lives in Utrecht (an important and muddying detail).
Maggy is pretty much ignored for a while as she nurses Paul's mother so she amuses herself...by taking his massive horse out for vigorous gallops. When Paul discovers it he erupts with the timeliness and precision of Old Faithful. Maggy, treating him tolerantly--like a fussy little boy who isn't getting his way--only enrages him further. Off he goes to tattle to his mother! Oh dear, says the old woman, don't be mad at Maggy. I told her she should drive the Daimler...What!!! She's driving his luxury cars too?
His apology for blowing his top leaves something to be desired and another row is kicked up.
But they aren't going to be that couple--the ones bickering up the aisle to the alter--so a cease-fire is proposed.
Him: Do you like me? I like you. Let's be friends.
That's good enough to shake on.
We remove to Leiden while Mevrouw gets some medical tests... 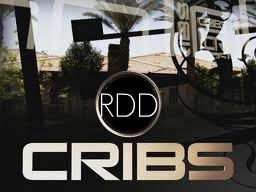 Maggy and Paul have done more hanging out (riding together, driving in the car, etc.) in Friesland (did I not mention that his ancestral home is in the land of large women and over-sized cows?) but upon his arrival in Leiden, he takes her on The Home Tour of Smoldering Passions. (Because you don't let people you don't care a fig about to peek into your attic nurseries.) But he doesn't let her see his room (fearing that just seeing where he sleeps will send her into a frenzy) or The Master Suite. See, it's closed up because he's just a bachelor and, oh...by the way, there's a family tradition about not letting the future Mrs. Doelsma see it before the big night.
He also takes her on a tour of the hospital (giving her a little kiss in the children's ward). But as he's still haring off to Utrecht at the drop of a hat and Stien lives there and Mevrouw Doelsma grouches that in Utrecht is 'the love of his life'..., Maggy throttles any growing expectations in their pram.
While doing some shopping, she comes upon the mysterious Madame Riveau (Who prefers to export her Belgian evil to distant lands like England and Holland.). They agree to meet again the next day for reasons totally unrelated to rational thought. But when Maggy does meet her, Madame is deeply sick and gets her to take her home to the fetid swamp she lives in. Madame promptly falls asleep and Maggy (doing her nurse-ly due diligence) can't leave her in this condition without any help. (Belgian though she be.) 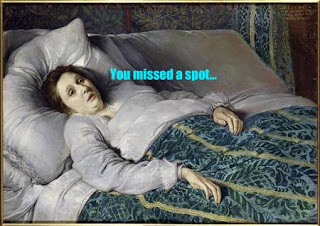 Maggy, wearing a brand new dress, rolls up her sleeves and begins to clean. Boiling soapy water, hauling around furniture--the lot. And when the Riveau menfolk appear she orders them about and sends for a doctor.
Hey. I know a doctor.
Paul shows up in a rage--barely cloaking his desperate concern (She missed her train!) and when he tells her that she's wearing a pretty dress (bunchy and spattered as it now is) she is hurt. Are you being beastly? Genuinely surprised, he answers honestly. No--you would look--nice-- in a potato sack.
Back in Friesland he invites her to dinner.
Her: Oh but I don't have a dress. Him: They have a Big and Tall store here.
Important points about their date:
He kisses her and s 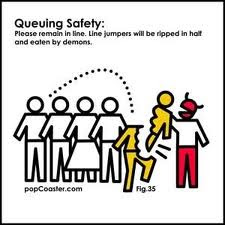 he retaliates by standing him up on their morning ride.
She is provided a way to leave Holland by her hospital matron who wonders (in a letter) when Maggy will be back as there is a shortage of nurses.
She takes off to the airport the next day (while Paul's airplane from Germany is landing--yes, he had to go to Deutschland for two days and he rushes back when he finds out she's leaving). By skipping to the head of the queue (rather sneakily) she is able to avoid him.
Paul, at his wit's end, does the only thing a sensible man could do in a similar situation:
Oh, and then he wangles Maggy's address out of her hospital matron's hands. Kissing in Scotland and a wedding while they're at it--no need to travel to a remote cottage for implied conjugal relations.
The End
P.S. But I'm still worried about how matron will solve her nurse shortage.

Rating: What a pity that I remembered the end differently (My memory played tricks on me and I had patched the end of the not great Pineapple Girl onto it) because it was really rather lovely. I don't know how I feel about the Scots accent--it all seems a little as though La Neels had upended her purse, shaken out all the Scots vernacular and pasted them into dialog. Still, Maggy is a darling and has a formidable backbone so I don't mind the 'ach's and 'wee's and 'dinna's too terribly. Her eyebrows are practically an auxillary character of their own and I wish The Great Betty had not been so liberal with her 'large hands' and 'thick, glowering eyebrows'. A little delicacy, please. Paul is a little more difficult to understand (he doesn't off-load Stein soon enough to indicate a man decisively in love) but I like to think he's playing a long game--instant dawning realization and all else following. To sum up: Though I had remembered this poorly, it has earned a boeuf en croute--just think what it would have earned if I'd not had to take notes!

Fashion: Paul has the 'loveliest waistcoat'. Maggy sports her blue uniform, a sweater and slacks to go riding in, a raincoat and scarf tied under her chin, a navy blue and white checked tricot dress, her utterly ruined vivid coral pink jersey, and a what is supposed to be a lovely cream guipure lace knee-skimming gown to go dancing in (though she is a strapping lass and I'm worried that that's rather a lot of lace to be looking at).
Posted by Betty Debbie at 8:47 AM