More (via email) from Betty AnoninTX!!: 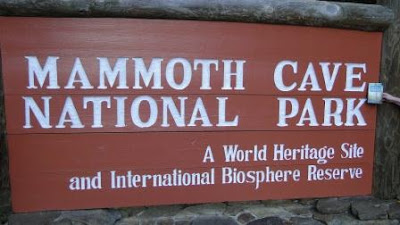 Our first major stop, three days, was Mammoth Cave National Park in Kentucky.  I had wanted to go there for years.  Tagging along were Beth and Alexander (A Star Looks Down).  They had already been to Cheddar Gorge to see the caves, of course, but I thought they would enjoy Mammoth Cave also.  It is the world’s longest cave system.  More than 390 miles have been explored at this time.  I had hoped to take a photo or two with Beth and Alexander inside the cave, but rules state that no purses, backpacks, etc. can be carried in.  The rangers are understandably strict because of white-nose bat syndrome. 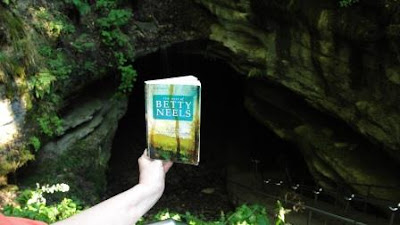 We did three cave tours.  The first was the Frozen Niagara tour.  After a short bus ride, we entered through a manmade entrance.  The tour goes through a decorative section of the cave.  The second tour we took was the historic tour.  This tour goes through the natural entrance to the cave.  I really enjoyed this one.  We saw the old mining operations, old signatures, and landmarks.  I managed to squeeze my splendid self through Fat Man’s Misery without any problems, and I also was able to walk doubled over with no problems through Tall Man’s Misery.  The PRT, however, was not so lucky.  He didn’t pay enough attention in Tall Man’s Misery and straightened up too far.  He whacked his poor bald head on a rock and bled for a bit.  He had a lovely scab for a week or so.  The third tour we took was definitely my favorite:  the Great Onyx Lantern Tour.  It’s offered only in the fall.  This cave is stunning.  It’s what I call a “wet” cave with glistening stalagmites and stalactites.  The soda straws were so pretty. The tour group is kept small (38 limit), and we had three rangers with us.  Part of the tour group carries lanterns (no lights in the cave), and it had a totally different vibe to it.  I thankfully did not step on a salamander, nor did a cave cricket fall on me.  This tour is a must if anyone is ever at Mammoth in the fall. 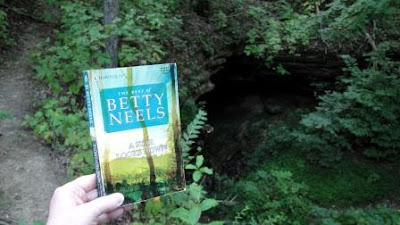 We did a lot “on top” too.  I especially wanted to see Sand Cave, which was the scene of a tragic caving accident in January/February 1925.  Cave explorer Floyd Collins was trapped in a very small passageway by a rock that pinned his ankle down.  Even though rescue efforts were attempted, no one could reach him.  I won’t go into his whole story, but it is a very interesting one to google and read.  The cave is closed to the public, but a short path leads to an overlook at the entrance.  We drove to the three old churches in the park and walked through their cemeteries (plus several more).  There are over 90 cemeteries in the park.  Floyd is buried in the Mammoth Cave Baptist Church one.  We did quite a bit of hiking.  I enjoyed watching the deer and wild turkeys.

More tomorrow…
Posted by Betty Debbie at 7:43 AM