The Right Kind of Girl has a dying mother.  Well, then, I have a million Disney/Pixar movies to choose from: 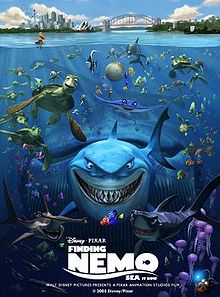 Unlike The Right Kind of Girl, this film has an awesome and involved father but nothing says pulmonary embolism to me quite like a horrific barracuda attack...(So sudden!  So deadly...)  Mama Clown Fish is carried away (enjoyed for dinner) and the little tyke with the gimpy fin (Oh why didn't I do this for Esmeralda?!) must make his way without her.  If, in the world of Nemo 'all drains lead to the ocean', then in the world of Neels, 'all death leads to an RBD'...


A Good Wife has a deathbed promise that ought to be disregarded.  My pick this week has one that was: 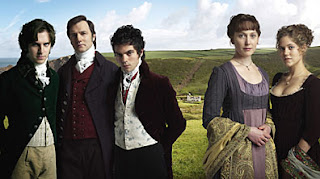 There are a lot of versions to pick from and while I love the Emma Thompson one, I can hardly stand Kate Winslet as Marianne for love or money (She does a good job being annoyingly stupid but does such a good job of it that I want to drop her down a well...but I always have a hard time stomaching that character, I confess)--though I adore Alan Rickman as Colonel Brandon with a scorching desert heat.  But this isn't about that one.  The 2008 mini series is a gem (though it begins rather racily) with a cast that so totally retreats into their characters that I am never tempted to say 'Oh there's so-and-so being a very good such-and-such'.  It ultimately triumphs for me because the Marianne/Colonel/Rake triangle is carried off so well.
Posted by Keira at 5:00 AM