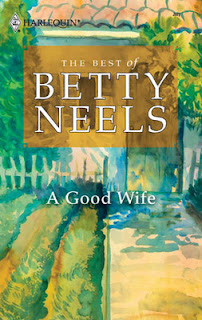 Serena Lightfoot is having a pretty crummy 26th birthday. Her self-proclaimed invalid father could care less, her older brother Henry probably doesn't even remember it, likewise younger brother Matthew. Gregory, her unromantic, stingy boyfriend, doesn't even send a card. Since his stand on birthdays is that they are 'scandalously overpriced' he doesn't bother sending anything else. Time to climb a hill.
﻿﻿﻿
﻿﻿A handsome stranger is sitting on her rock. The two strike up an instant friendship...and then Serena has to return home...to wait on her vile father hand and foot.
The handsome stranger (Mr. Ivo van Doelen, 37) goes back to his friends home and questions them about the untidy girl with the shabby clothes...they know just who he's talking about...the daughter of the horridest old man Mrs. Bowring has ever met.
A few minutes chatting with a pleasant stranger have given Serena a little glimpse of what life could be like...and enough gumption to request a holiday.  Holiday? Yeah, a request for time off for good behavior.
Older brother Henry: What do you need a holiday for! All you have to do is wait on Father hand and foot, clean the house and cook and grocery shop...you have plenty of leisure.
﻿
﻿

Younger brother Matthew: What he said.
Gregory the Not Quite Fiancee: What would be the point?
Vile Father: (Sends for the family solicitor and disinherits her).
Her family and friends are the sort that give patriarchy a bad name.

Dictatorial, bullying Father demands sweetbreads in a rich sauce for lunch, then throws them against the wall and has a well-deserved stroke. Daddy isn't long for this world, there is no deathbed reconciliation...no re-inheritance for Serena.  She's not quite penniless. Daddy has left her the obligatory five hundred pound legacy - in his will he says that she can fend for herself.  Henry agrees and Matthew, well, Matthew toes the party line here. Gregory dumps her like last week's compost.
Mr. van Doelen is able to keep tabs on Serena's situation through his friends, the Bowrings. Why would he want to? It's a case of can't get her out of his mind...yes, he's in love.
A brief interlude with Henry and his spitefully mean social climbing lovely wife, Alice. Just another episode in her roster of unpaid household slavery.
Mr. van Doelen knows of a temp job that will suit. In a charmingly forthright and not sneaky way, he sends Serena a letter letting her know of it. She spends the next six weeks or so taking care of Heather, a neglected thirteen year old girl. Mr. van Doelen knows exactly when her temp job ends, and manages to be on hand to drive her to her destination.  What destination? She has no idea where she's going, but Mr. van D. does.  He takes her to his little pied-a-terre in Chelsea.  No hanky-panky, he's just offering her a place to stay while she job hunts. He won't be there - he's got to go back to Holland, she'll be rooming with Nanny.
There aren't a lot of options open for a gal with no marketable skills, but she does line up a sweet gig stocking grocery store shelves. Not only that, her new boss knows where she can find a room nearby. Girlfriend moves, leaving no forwarding address. Mr. van Doelen is obsessed with finding her, his only clue? The postmark from the letter she sent to Nanny in which she neglected (on purpose) to include a return address. He searches as only a man in love can. Upon finding Serena, he immediately proposes. Editor's Note: Yes, it's another MOC, but I kind of buy this one - he is desperate not to lose her again. Plus, she likes him a lot. It's a good offer whichever way you look at it.

Ivo and Serena have a very small ceremony - no family from either side - and it's off to Holland.
Married life is moving along just fine. Right up until Serena sees Ivo with a stunning woman and goes all green eyed monster...then realizes she's jealous because she loves him. Ivo is hers, darn it! Ivo on the other hand is jealous of Doctor Dirk (I'm snickering over his name...Dirk). Doctor Dirk is a slimeball - quite aggressive at chatting up birds - married or un, but Serena is not one to fall for his lines.
Ivo just can't help himself...every time he sees or hears of Doctor Dirk being around he flips. Serena is honest about what's going on...or rather, what's not going on.  Go ahead and be mad at me, I only danced with him to annoy you  while you were dancing with Rachel the Hottie.

Ivo goes into retreat mode, as far as their relationship goes. He's getting more distant by the day. Serena doesn't just wonder, she grabs the bull by the horns and asks Ivo for a hint as to what's wrong.
Him: Are you happy with our current arrangement?
Her: (lying through her teeth)...ummm, yes?
Him: Well I'm not....(telephone rings)...We'll have to pick up this conversation later - the hospital always comes first.
Of course it will be days and days of awkwardness and a  medical trip to Luxembourg  and a stint of Volunteer Work Gone Awry before any type of resolution is reached. 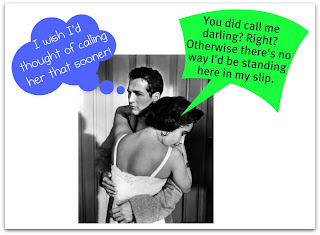 Serena is left behind after serving soup to the riff-raff. No one else notices the abandoned Bosnian toddler. Fast forward a couple of scary hours and a frantic Ivo tracks her down. True love is kissing the girl even with a grubby, wet, vomit-covered toddler is in her arms.  Professions of love on both sides, kissing on the stairs with Serena wearing only her slip and his coat. The end.
Rating: Overall this one was okay for me. It's fairly solid, but lacks some of the brilliance of earlier offerings from the canon. Here's what I liked:
Here's what didn't work so well for me:
I'm going to be generous and give this one a Boeuf en Croute.
﻿
﻿
Food: Mr. Lightwood orders Serena to serve him such delicacies as devilled kidneys on toast, roast pheasant and sweetbreads in a rich sauce. Coq au vin, Queen of Puddings, globe artichokes with truffle dressing, grilled salmon with potato straws, baked Alaska, sausage and red cabbage, jellied lobster (yuk), spinach and walnut salad, rump of lamb and an ice cream dessert 'which beggered discription'.
﻿
﻿

Fashion: A dress which Serena sends her father the bill for and then he fakes a heart attack, after that it's all old clothes like her faded blue cotton dress, wedding outfit of soft blue dress and jacket, russet jersey dress, honey-coloured silk and wool dress and jacket, pink silk and chiffon dress, patterned skirt and cashmere top, deep pink silk crepe with marabou stole, pink silk jersey dress, blue-green dress with embroidered bodice and wide taffeta skirt. Final outfit? A smelly slip and his coat.

*Editor's Note:  I was looking for a non-hoochy picture of a woman in a slip - and thought of Cat on a Hot Tin Roof (which I have never actually seen - but I remembered the pictures)...anywho...I posted the final two pictures of Elizabeth Taylor before I found out that she had passed away.  I leave them here as a tribute to her awesome younger years. Admit it, no one rocked a slip like she did.
Posted by Betty Debbie at 5:00 AM