Betty by the Numbers: Touring the United Kingdom


There really is no place like home, and when home is that green and pleasant land, that precious stone set in the silver sea, that land of brown heath, shaggy wood and rugged strand that we today call the United Kingdom, well, why not explore a bit?  Betty does! 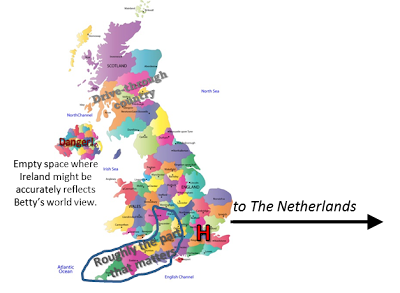 A full 100% of the 135 Novels Neels are set, at least partially, in the U.K. – more specifically, in England or Scotland or both.  However, as in real life, while the heroines and heroes acknowledge the beauty and richness of their immediate environs, they’re sadly disinclined to tour like the guidebooks do.  Only 43, or 32%, do any serious tourist-type attention-paying to the country around them in England, and another eight, or 6%, give us insight into the riches of Caledonia.  (Two of those eight explore both countries, so it’s a total of 49, or 36%, of the books that offer England/Scotland tours.)  Compare this to the 60% who offer useful perspective into sightseeing in the Netherlands.

Unlike our experience of touring the Netherlands with Betty as our guide, touring England and Scotland involves vigorous shunning of the larger cities.  Only 1% of our heroines browse about London with any real conviction (they often live there, but take every opportunity to flee to the country).  Sadie Gillard of A Girl to Love (1982) and the young Misses Trentham thrill to the grisly history and gleaming jewels of the Tower of London, and Beth Partridge and a whole gaggle of kids take a few ganders about the big city in A Star Looks Down (1975).  The bodacious Josephine Dowling van Tacx has several days to explore the delights of York, population 198,000 today, while the small and nicely plump Amabel Parsons gets a few weeks to become familiar with its seamier side – though when Oliver Fforde shows up, they cover the higher-end bits together (Never the Time and the Place, 1985, and Always and Forever, 2001, respectively). 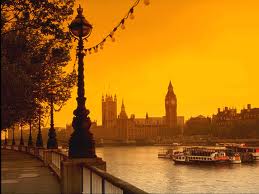 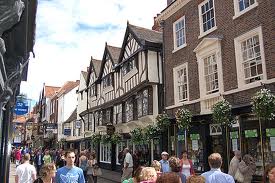 London and York – seriously, Bettys, how can you pass on these?


As an aside, I am distraught to imagine all these Londoners never taking a good look around that historic and charming city.  Although Amsterdam is the most-named location (after ‘other’) to tour in the Netherlands, the English capital is relegated (mainly) to a vague background for slightly down-at-heels family homes (hers), richly-appointed Regency townhouses (his), valiant bedsits, Victorian-era hospitals, swank hotels with Grill Rooms and staunch East-End clinics, with the occasional dog-walk in Green Park or Richmond and vaguely-worded visit to Harrod’s or an unnamed art gallery.  Pshaw!  One might almost surmise that Mrs. Neels was tired of London – and we all know what that means.  My own favorite thing to do in The World’s Most Interesting CityTM is to wander.  I’ll carry a map or cab fare, because one wants to get back eventually, and set out on foot, and then next thing you know, I’m watching the Queen’s Guards parade across some side street on their way to Buck House for the Changing of Themselves.  Or checking a street sign to read that I’m on Downing Street – and quickly noting that that house over there has a large number “10” on its door.  Or gazing delightedly at the Savoy Hotel, meandering under Nottingham Gate into an outdoor art show, or cantering down Rotten Row... (okay, the last one took a smidge of planning).

However, I am not Betty Neels, and I adore a good dose of difference-of-opinion.  So off we go to Betty’s favorite beauty spot:  ....no, I’m not telling.  Guess.

It’s the West Country.  For purposes of this dissertation, I’m defining the West Country as comprising the counties of Cornwall, Devon, Somerset and Dorset.  Some scholars include Wiltshire and Gloucestershire, but then we start bumping into the Cotswolds, of which more later. 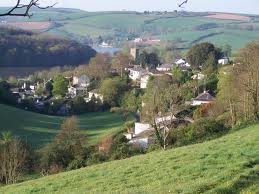 The hills are steeper than in the self-proclaimed “quintessentially English” Cotswolds, but the West Country nonetheless boasts greenness, pleasantness and the occasional thatched cottage.

So you may have noticed that a healthy portion of heroines, and some of our heroes, have or had homes in Devon or Dorset or Somerset, and one or two have aunts in Cornwall.  That is the topic of a future BbtN.  For now, let’s stick to the tourists:  14 heroines, 10% of all heroines and 27% of those who tour in the UK, make their ways to the West Country.  The first to do so is Tabitha Crawley, taking in the glories of Lyme Regis, Stoke Fleming, Churston Ferrers and Chittlehampton from the passenger side of Marius van Beek’s Bentley T convertible (Tabitha in Moonlight, 1972).  Beatrice Browning makes it farthest west, as she pokes her splendid nose into Polperro in Cornwall, a wonderful place for a Hilltop Tryst (1989) (though not Beatrice and Oliver’s designated trysting-top).  We know Emma Trent is The Right Kind of Girl (1995) in part because of her embrace of the simple glories of Dartmoor, Lustleigh and Torquay.  And we know the West Country is the right kind of place because in Betty’s swan song, Emma’s Wedding (2001), the two places Emma Dawson tours are Amsterdam (extensively) and Devon (a bit).  Incidentally, the photo that appends my comments in this blog is of me, leaning against a rent-a-Punto pulled over to take in a pastoral roadside scene in Devon.  Or maybe Dorset. 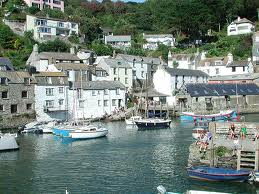 A close second on the list of visit-worthy locales in England & Scotland is ‘other,’ with 13 visits (10% of books; 26% of UK tourists).  And the category had some catching up to do, as after Mary Jane takes a peek ’round Cumbria in 1973 (Winter of Change/Surgeon in Charge), no ‘other’ visitors show up until Katrina Bennett enjoys visiting Edinburgh (pop. 482,000!) in When May Follows (1980).  Don’t be alarmed by that big Scottish city; the rest of the ‘others’ are towns and villages like Ightham in Kent, as described in Heaven Around the Corner (1981) and not much of anywhere else in the world (although The Rough Guide England (4th ed., 2000) recommends a visit to Ightham Mote, an “idyllically situated medieval dwelling,” while noting that “Ightham is tricky to get to by bus, with only the infrequent #404 from Sevenoaks (not Sat or Sun) making the trip.”).

Then there’s a sprinkling of Sussex and Suffolk and Hampshire with a heavy dose of not-quite-Cotswolds Wiltshire – specifically, Wilton, Salisbury, Castle Cary, Amesbury and the Longleat Estate near Warminster.  Only one of our young ladies is intrepid enough to explore Brighton within the pages of her romance; perhaps that’s part of what makes Venetia Forbes ter Laan-Luitinga The Convenient Wife (1990).  Although, if I recall correctly, she and Duert were not yet married when they browsed about the pier.  Shocking!

Now, if you’ll wave goodbye to Worthing’s delightful sea breezes, and Brockenhurst by the New Forest, we’re off again.  This time, to the Cotswolds, with nine heroines and heroes squashed in to the socking-not-great-enough Bentley.  (Betty Keira is forced to sit on a lap!  Sadly, it is Betty Debbie’s lap.)  Those nine comprise 7% of all Neels partnerships, and 18% of those who tour the UK.  The Cotswolds, for those who have always wondered, are a series of hills (“wolds”) full of sheep sheds (“cots”), and the region is an irregularly-shaped Area of Natural Beauty incorporating pieces of six counties in more-or-less the central part of southern England.  It’s a lot like the West Country, actually, though with more tourist-friendly quaintness (subjective opinion!), gentler hills and a wealthier population base.

Victoria Parsons is the first of Betty’s heroines to look about the mellow hills of limestone (Victory for Victoria, 1972), and then we stay busy elsewheres for a decade or so.  Six stories feature Cotswolds tours from 1982 to 1985, including two of our three visits to Bath (pop. 84,000), in A Girl to Love (1982) and All Else Confusion (1982).  Jemima Mason visits another major attraction of the area in A Dream Came True (1982), becoming the only heroine to pay homage to her creator’s literary progenitor with a whip-round his home town of Stratford on Avon.  Over the next few years, we swing through Warwick and Bristol, and take a peek at Elmley Castle, and then depart the area until 1990’s visit, with Venetia and Duert, to Moreton-in-Marsh and Woodstock.  Olivia Harding rolls back through, with a busload of schoolgirls, in 1994 (A Christmas Wish) for another visit to Bath (Shakespeare 1, Austen & Heyer, 3), and then we depart the magical land of quintessential Englishness, mellow golden stone and thatch forever. 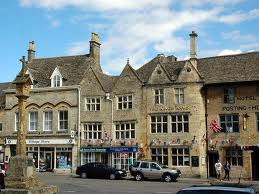 Stow on the Wold (Cots-wold, that is), Glocs. 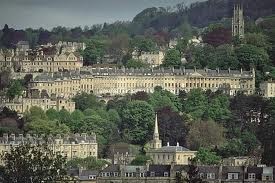 The Romanesque-Georgian architecture of Bath serves up golden stone in verdant Somerset.

Okay, scorecards back out:  fourth most-toured in the UK?  The Scottish Highlands.  Six of the eight books that offer us a view into the scenic wonders of Scotland serve up the Highlands – and all eight of them if you’re willing to consider the island of Mull and the Isle of Eriska (a very, very small island owned by one family and featuring a snazzy resort hotel) as Highlands, which is up to you.  Those six constitute 4% of all books, and 12% of those that guide us through the UK.  Three are from the 70s, one from the 80s, and two from the 90s, which seems a fair distribution given how long the trip is from The One True Betty’s West Country home to the remoter bits of Scotland.  While the names of English villages are often great (Saffron Walden, Churston Ferrers, Buckland in the Moor), let us reflect a moment on Sappha Devenish’s itinerary in the Tangled Autumn of 1971:  Ullapool, Inverewe, Balmacara, Auchtertyre and Lochcarron.  Shove a half-dozen marbles into your mouth and say those names aloud, rolling the “r”s, to get the true local flavor.

Stourhead, about 30 kilometers (20 miles) south of Bath, is just outside the Cotswolds, so gets its own place on the rankings list:  five of Betty’s stories take us to that meticulously-landscaped Palladian mansion in Wiltshire, starting with 1985’s Never the Time and the Place (though Stourhead seems the perfect place for a declaration of love).  Then there’s one visit each in ’87 and ’88, and we skip ahead eleven years for one in ’99, then finish up with Julia and Gerard’s 2001 visit in An Independent Woman.  If we include the five edge-of-Cotswolds locations I’ve thrust into “other” with the Stourhead visits, “Wiltshire just outside the Cotswolds” has more Betty tourists than the Cotswolds proper. 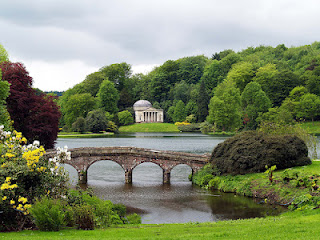 I have got to get to Stourhead – bee-yoo-tee-ful!

There are three (2% of books; 6% of UK tourists) visits to Yorkshire, and the same for Bath, both touched on above.  Finally, we have two visitors (1% of books; 4% of UK tourists) each for Scottish islands, Guernsey, Essex (“the true Essex”), London as mentioned, Cumbria, Northumberland (Hadrian’s Wall!), the Lake District, Oxford (just outside the Cotswolds) and Cheddar Gorge (also just outside the Cotswolds).  Zero for the Midlands, the Peak District, Liverpool, the eastern Fen country, ‘Madchester,’ Durham’s coal-mining country, the storied St. Andrews or the gritty Glasgow.  But then, Betty didn’t go in for grit much, did she?

So, what’s your favorite part of the UK that Betty skipped?  They say Birmingham is awfully hip... 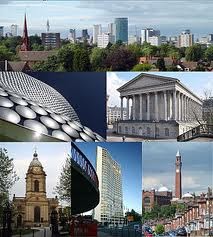 “Brum,” as some folks call the UK’s second-largest city:  old and new; classic and (horrors!) modern

The usual caveats:  1) Eliza Proudfoot spent half a book in Scotland without exploring any notable landmarks, so she doesn’t count; similar examples abound.  2) Sometimes I don’t count so good myself.  3) Sometimes I don’t count five words (“They drove through Middle Carnage”) as ‘proper’ touring, and sometimes I do.  This whimsy is part of what keeps me young at heart.  4) You can argue as much as you like about what’s in and what’s out of the Cots, the West C., the Highlands, etc.  You’re not wrong.  Neither am I.  Seriously, that’s an invitation to state your case.
Posted by Betty van den Betsy at 7:11 PM