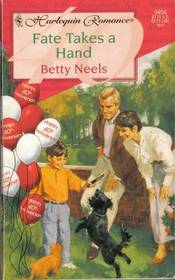 The Founding Bettys, donning their tasteful Pith helmets and explorer monocles, ventured forth and were lucky enough to get their hands on the original Betty Neels novel outline!  (We traded one demon baby, our pinky fingers and three gold fillings for what you're about to read.)

Working title: The Doctor and the Hot Flower Girl (Call agent and demand Harlequin stop slapping my novels with bland and taupe-y titles!)

Hero: Brian Churchill (No.  Eureka!  I have it!  This time he's Dutch.) Fenno van Linssen

Debits: Short,  Skinny,  Bad Career (He's a junior executive at a greetings card firm...), Small-minded and bony-chested fiancee (Sarah (Much too nice-sounding. I want something that says, 'I lop the tops off daffodils in the springtime because they look happy.') Ursula)
Assets: Deeply romantic nature, enduring honesty, willingness to lie like a trooper, a libido, likes children, has cash
Set-Up: Simple (and plain gorgeous) flower shop worker struggles to maintain financial solvency while lashed to the rocks, waiting for the Kraken to devour her.  (Ha!  I kill me.) Trottie is a pensioner, fruit of misspent youth cousin Peter is an orphan and Eulalia has a sweaty-handed gentleman follower a lease that's about to expire.  What next?!  Fenno walks into the shop and asks for flowers--red roses definitely not red roses for his fiancee.  Sparks fly (figure out a way to imply that he's looking at her body without being tacky enough to say 'body') and a palpable attraction is beaten into submission by her irritation at his coldness and his gobsmacked shock (which reads as coldness) at finding Persephone working in retail.

Conflict: When Eulalia delivers the flowers to Ursula (I'm thinking of an anorexic version of that hard-eyed villainess in the Disney picture...but less smiley and more willing to slap the parlor maids.) a minor row ensues.  Fenno visits the shop again and again (he's never said it with flowers before) so that he can observe her artfully arranged...er...arrangements (Too explicit?). Eulalia twits him about what a fractious man he must be to need so many flowers and never guesses that his motives are inclining to wickedness.  Peter contracts loprosy  runs away gets a broken arm (caught in a protest rowdy curb-hopping bikers) and so needs a doctor.  Fenno!  He goes above and beyond the call of duty, making house-calls, having them over for tea..And it all works very well until Ursula (receiving yet another unwanted flower offering from Fenno via Eulalia) screeches out that (well, how do I put it?)...Fenno has been picking flowers in Eulalia's garden.  (Oh dear, we'll have to tone that down for publication. It's a mite smutty.)  So, Eulalia tells her where to get off.
﻿﻿

Beam-Ends: Eulalia gets a promotion and a medal fired.  Fenno, nursing a terrific sense of guilt (and passion--but tastefully!), throws Ursula over and proposes a MOC to our heroine buys her a house!  (Note to self: Remind my publishers of my substantial fan base and remind them, too, that this isn't the part where the RDD buys himself a mistress. Leave that to the Harlequin Blaze stable of tarty writers...)
Beam-Ends x2: Eulalia entrenches herself happily in her home town, swallowing the solicitor's lie about a deceased great-uncle and the one thousand ten thousand fifty thousand pounds!  She gets a rabbit and a cat for Peter and plans a flower shop with cautious optimism.
But all is not well in Eden.  Victor, a local lad lately returned from the outer reaches of hell America, tries his arm with the fair heiress.  Trottie breaks her leg.  Fenno fixes both Trottie's leg and Victor's wagon.
Muddy Waters: Eulalia meets a hooded stranger named Deep Throat in a parking garage overhears the village drunk mention a Bentley-driving stranger. Eulalia, having obtained five A-levels in her salad days, is no fool and quickly tracks down the kernel of brandy-soaked truth at the bottom of the barrel.  She travels to London and lays her case before Fenno.  He bought her a house!  Are there quid pro quos? (Too tarty?)  Fenno, sure he loves the fair maiden, offers her a proposal contingent on his getting out of an entanglement with Ursula (page count!) shakes it off, dismisses her fury and makes her spend the night.  (Be sure to mention chaperones.)

Notes: Trottie won't have a home if Lally gets married so develop a secondary romance for her with Dodge, Fenno's accountant butler.  Also, clear up the mess with Ursula--have Fenno catch her in the arms of a demon from the darkest corners of the underworld an American...from Chicago!
Filler: Fenno invites Peter to Holland where Eulalia meets his evil and insecure aunt delightful mother and gets the Indoor/Outdoor House Tour of Anticipatory/Implied Conjugal Relations.  Her humiliation over finding out she owes him her home and 50,000 Pounds is not to be mentioned.

Resolution: Home once more.  Fenno waits until Dodge takes Trottie off for a spot of snogging the day and then makes a short (if to the point) declaration of undying love. He promises to install Eulalia in an upscale London condo with open duct work and an industrial finish his garden oasis in the city, serve her several Cordon Bleu meals a day and await pledges of her affection.
Page Count Neither Exceeded or Skimped: The End

﻿﻿﻿﻿
Rating:  The biggest issue I take with this book are the names.  Miss Lally (which I kept intentionally mis-reading as LAY-lee instead of LAL-lee so that it wouldn't seem quite so bad) and Trottie (which any way you slice it sounds like a mix-breed Labrador with a case of the runs) are difficult pills to swallow.  Still, they're just names and I found the rest of the book really charming.  Though written in the last few years of her career, La Neels hardly seems like she's flagging (would that I could be a tenth as awesome).
This is a Boeuf en Croute or maybe even higher--I read this when my husband was out of town and it's all I can do in those circumstances to keep the kids from sharpening sticks and circling helpless neighbors with tribal cries of 'Kill the Pig!' Anyway, just when I'd get going on the book I'd be interrupted with all manner of Lilliputian catastrophes. ( I know it's a great book when I'm more than usually annoyed that I have to put it down and know it's a Beans on Toast if I'd rather deep clean the oven than pick it up.)
I loved the secondary love story, adored Peter and wanted to pop Ursula in the nose myself even though, as it turned out, she had every reason to be suspicious about Fenno and that gorgeous flower girl.

Food: Banana sandwiches and Marmite and orange squash are her meals with Peter.  Trottie doesn't trust fish on Mondays.  They make cheese sandwiches, Madeira cake, and when Fenno does his spot of Good Samaritanism he has a ploughman's lunch of bread cheese and beer.  More refined meals include lobster bisque, chocolate pudding, and chicken a la king.  Adorably, Trottie and Dodge court while making cucumber sandwiches and scones.
Fashion: She wears a navy dress in the flower shop.  Fenno changes from country tweeds to sober grey suiting after popping out to the country to BUY A HOUSE.  Eulalia owns a small-brimmed velvet hat and Ursula unwisely dons a bright blue dress cut very low 'which was a mistake, for her figure was what she described as boyish and the dress did nothing for her flat chest.'  Cough.
﻿
﻿
Posted by Keira at 5:00 AM