When Beatrice's dad has a heart attack, she takes over the veterinary practice...the small stuff.  I'm reminded of a scene in the otherwise forgettable and mildly icky The Truth About Cats and Dogs.  Janine (the vet) has to talk Uma (the model pretending to be the vet) through a minor procedure on a turtle.  Gloves were required.  I have a niggling suspicion that gloves are needed to do all the small stuff. 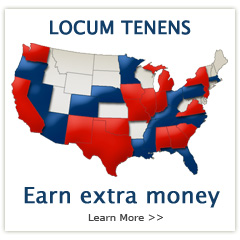 Oliver suggests that she hire a locum "short for the Latin phrase locum tenens (lit. "place-holder," akin to the French lieutenant)".  A wide variety of non-medical 'place-holder' personnel also get called locums--the most interesting was teachers.  Kids might have a locum instead of a (Amercian) sub.  Do any of our international Bettys have insights into this?

He urges her to borrow books from his library (just like we do).  Betty Debbie could probably sell subscriptions to her lending library--her interests are vast and varied and she doesn't turn a hair at sending books off into the world--but she might fix you with a steely eye if you are a tardy returner.

When Beatrice has to pack in a hurry to leave Great-Aunt Sybil's,  she throws her odds and ends into plastic bags...'A plastic bag!" exclaimed Great-Aunt Sybil. 'Must you, Beatrice? In my day, no young lady carried such a thing - why have you no luggage?'...I shall give you suitable luggage for your birthday".  Oh dear, oh dear.  It's a good thing Great-Aunt never saw Moving Day at BYU.  Thirty thousand people jealously guarding their possessions (usually arrayed in plastic bags and whatnot) and cinder blocks (more valuable than gold) from an interloper moving in until the person inhabiting their next residence moved out.  The stalemate was always inscrutably broken in a  lemming-like way.

Ella mentions that two of the teachers at school live with their boyfriends.  Eek.  That is rather racy.  When I was a high schooler it was still pretty rare to know the personal status of any teachers--just what you could glean from the photos on their office walls. (The Founding Betty's father had masses of pictures on his wall and the students probably thought he ran a home for delinquents on the side...which, now that I say it...)  Usually, kids knew (or guessed fairly accurately if unkindly) who the teachers were who were batting for the other team but not because they were told and I only ever remember one teacher telling us he was getting a divorce (which explained his penchant for wearing Hawaiian shirts for three months running and shaving his mustache--or so we thought).  One thing was sure to gross us out more than anything else: The idea that a teacher had kids...because then the reality of his or her having done 'IT' at least once was a dead cert. 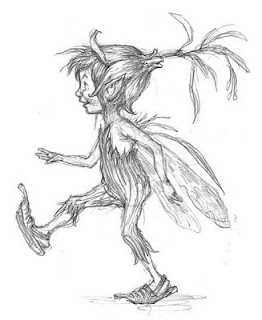 She buys Cornish piskies for her sisters and her mother.  How very Harry Potter of her.  Betty Debbie reminds me that Gilderoy Lockhart taught about them in Defense Against the Dark Arts:

There are many legends attached to the origin of the piskies (and other fairies). Some people saw them as the souls of pagans who could not transcend to heaven, and they were also seen as the remnants of pagan gods, banished with the coming of Christianity. In tradition they are doomed to shrink in size until they disappear.
Another theory suggested they were the souls of babies who had not been Christened, a story championed by early clergymen, and one which has often been used to explain fairy origins.
Posted by Keira at 8:00 AM