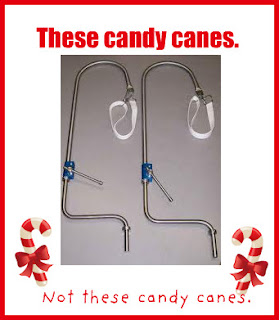 What do all these have in common? A trip to the Outpatient Surgery Center!

One look at the 'candy canes' (seriously, that's what the nurse called them!) and I was incredibly grateful that my 'procedures' would be done under general anesthesia...there are some images I'm happy not to have indelibly etched in my mind. I'm also grateful that Betty Neels seldom felt the need to get too graphic...

About the pictures...umm...not going to happen here. I'm not going to post my interesting and educational photos. I don't recall La Neels ever having her RDD rather gleefully offer to give his patients pictures of their innards - but now that I think about it, she had more than one gastroenterologist...and they always seem more than happy to share pictures of esophagus (esophagi?) and colons. She also featured more than one radiologist...but her radiologists sound more like the kind that give radiation treatments to cancer patients, not radiologist who read x-rays and ultrasounds. In my opinion, ultrasound pictures of babies are the only acceptable 'innards' pictures that should ever be allowed to grace the front of a refrigerator or posted on blogs...My pictures may not be esophagi or colons, but neither (thankfully, at my age) are they cute baby pictures. This proves that that although this Founding Betty will go to nearly any length for research, she may not share all her findings. In the immortal words of Gene Kelly, 'Dignity, always dignity'. 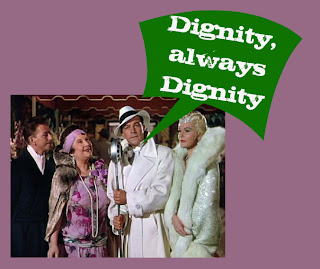