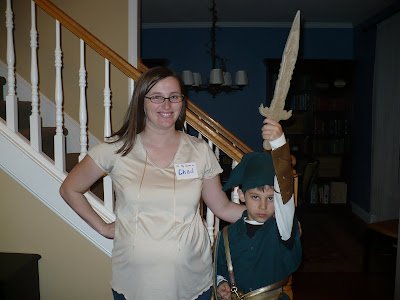 I agree with Betty Debbie that Betty Neels didn't have much to say on the subject of Halloween. Probably she thought it was a vulgar American holiday. But I'm a bit of a vulgar American so it's right up my alley.
Two years ago the planets aligned. I was 8 months pregnant and couldn't be bothered to do better. I totally grant that Betty Debbie pulled off her 'hanging Chad' better than I managed my 'pregnant chad. Here's what I wrote at the time:

After 8 long years of irrelevancy the pregnancy gods have smiled upon me and allowed one last chance to separate the wheat from the chaff --acquaintance-wise. If you got the pregnant lady wearing the "Chad" name tag as the obviously punny "pregnant chad" of Broward County fame you are so very clearly wheat--if not...chaff.

One of my finest hits was Mijnheer van Voorhees as a heavily tattooed convict. Lamb chops look scarily awesome on him. 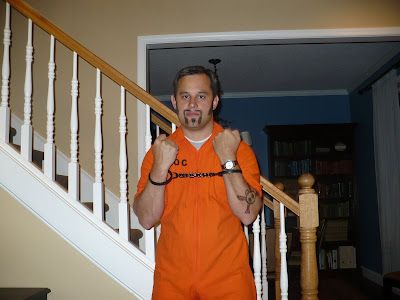 I'm not a real seamstress. Betty Debbie can pass as one fairly creditably but I'm a perfect Halloween 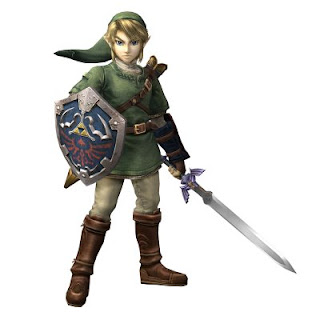 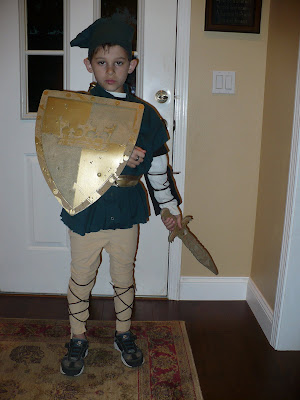 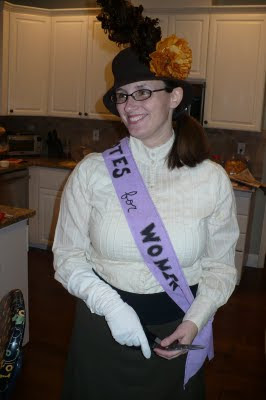 sew-er--my work is best inspected in the dim light of a moonless night--hence, many of my cobbled-together creations. If I resemble any Neels heroine, it's the one who made her little sister's fancy dress out of some old curtains and a drastically taken-in adult shirt.

My daughter's best costume was the year she was three. She was a darling, imperious, short creature with dark hair. Two words...Edna Mode. She spent her evening waving a rolled-up newspaper at people saying, 'Pull yourself together!'

And then there was the year I went as a Suffragette: The unforgivable bosoms (shoot, and now you're looking) sorta work in my favor in this costume, I think. I'm holding scissors in this pic (to trim Nathan's lamb-chops but I think they are allegorical: I'm cutting the tape on that glass ceiling!) so you miss my muff (!) but the effect was fabulous. After last year (ugh) having to go as a pregnant chad, I was ready to splash a bit. We're merely soldiers in petty coats, ladies. 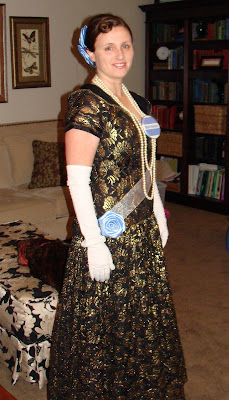 the non-Neels equivalent of British Home Stores. I have my opera gloves, yards of beads and a faintly palid air that will undoubtedly carry me off so that I and my heavily embalmed skin may rest in perpetuity.