Cover art--let's do this thing. Three widely-spaced buttons are hanging nonchalantly undone (don't you just hate how silk does that?!) and still no hint of cleavage. Nicely played, Harlequin, nicely played...

I'm of a mind to do this review a little differently, so let's to it: 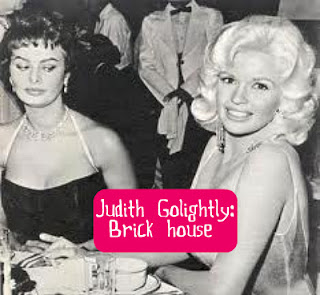 Judith Golightly is in a rut as the senior night sister in charge of the Surgical Wing (which I think is the highest position of any Neels heroine). She is as stacked as the Roman Coliseum and is constantly being pestered by Nigel (who acts like his name sounds) to marry him. But she hasn't made it to the ripe age of 27 without learning to spot a poor marriage risk from twenty paces. If only something (measles, private patients and a hot, hot historian, perhaps?) would happen to push her onto new byways...Judith is resourceful and honest with herself ('She made no bones about being in love with Charles; she was, and that was an end to it.') and, as far as Charles is concerned, I won't pretend I'm not pleased that she's the medical expert in the room. 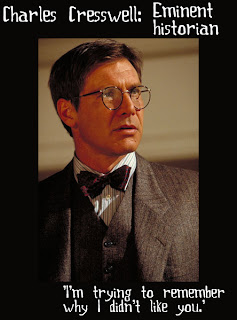 Charles Cresswell, eminent historian of 12th-century England, is one of the most unusual heroes in Neels-dom. He is absent-minded and, if given the chance, will forget birthdays and anniversaries and the name of their first-born with regularity. He's a bit of an engineer, personality-wise (no harm meant to engineers!)--he loves to be pedantic and technical and is missing that crucial social awareness gene that tells him he's being horribly rude. It isn't this that creates the tension, however, it is more that he's become a hermit due to a Youthful Disappointment (which must be written in caps and kept bright in the pages of his memory along with sachets of pressed violets and a lock of hair). Judith bowls him over with her brick house and, though she terrifies him and he's unwilling to like her, he's always been a keen student of architecture... 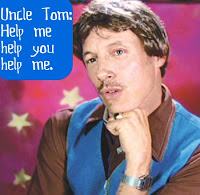 Uncle Tom lives near Charles in Cumbria and asks Judith to come housekeep for him since all she's doing on her month-long vacation is recover from the measles, conjunctivitis and broncho-pneumonia anyway. (Koplick's spots gone? Tote that barge! Lift that bale!) He's a bit of a matchmaker and becomes certain that Judith is the right girl for Charles when he notices that Charles, not acting in his usual manner with women (offhand, circumspect, polite and uninterested), is rubbing Judith up the wrong way every time they meet! 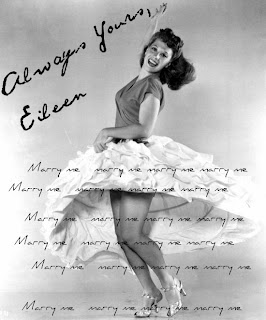 Eileen Hunt is on the make for the historian. Her phone call (late in the book) makes Judith cancel her engagement to Charles but Judith ought to have known better. What sort of trouble could a woman be who signed her picture (luridly gracing Charles' desk) 'Always Yours'--showing a staggeringly massive lack of imagination? She probably dots her 'I's with little hearts. Eileen can be flicked away like the dust mote she is.

Lady Cresswell is dying--slowly but surely. Her leukemia diagnosis at the 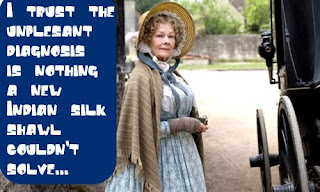 mid-point of the book gives Judith the little nudge she needs to leave her prestigious hospital job (and Nigel) to nurse the old woman exclusively. They spend some lovely time in Cumbria at Charles' house (where he does her best to avoid her) and then hie to the Algarve for some retail therapy. Seriously, Lady Cresswell's final years (she does have a few left) will be spent playing backgammon, carefully applying makeup, shopping for nonsense and praying that someone (Judith) will yank her son out of the 12th century and give her grandbabies! 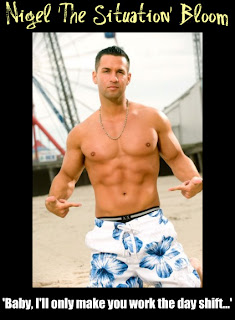 Nigel Bloom is horrible. Shall I quote the skunk? 'If you married me, of course, you could work a day shift or even do part-time. [Housewife?] That would be silly. You're a good nurse and as strong as a horse, and the extra money would be useful. Once I could get a consultant's post you'd have to stop, of course, it would never do to have you working.' He sort of even had me until the bit about being a consultant's wife. Sure, Charles will forget Judith exists from time to time but when he remembers...boy howdy. Nigel wouldn't even give her that.

Rating: I liked it better than I remembered--the principles had a little Beatrice/Benedick thing going on. My only issue is that there was not quite enough delightful sparkle in their verbal sparring to make it entirely in good fun nor did it have quite the poignancy of, say, The Hasty Marriage or The Secret Pool necessary to explain all that antipathy.
Still, Charles does make a fun fortress to lay siege to and Judith is an engaging crusader. All the supporting cast are adorable and unabashedly matchmaking. Lady Cresswell will need some careful nursing (not in their home but near it) and I actually like that Judith will have something to do after she's married and Charles goes back to shushing her.
The last few pages are magnificent.
I'll give this a Treacle Tart that leans towards Mince Pies.

Fashion: Denim skirt and blouse, blue silk shirtwaister, Laura Ashley blouse, thick silk skirt, wispy sandals, a denim slacks and T-shirt (that does not dim her beauty but this is 1982 and those are Mom-jeans, dollars to donuts), cotton knitted dress, low-heeled worthy walking shoes, a brilliant blue bikini (that he takes no notice of), and a handkerchief lawn dress in blue. Charles wears a dressing gown of 'subdued magnificence'.
Posted by Keira at 5:00 AM