An Apple From Eve--Discussion Thread 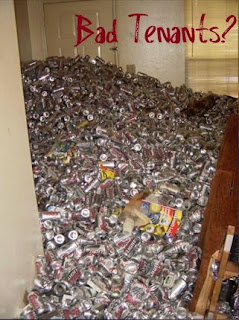 Our hero prescribes a double whiskey and a nap. It's not as though Euphemia is a small girl so I don't think this would hit her too hard but I love what passes as a 'doctor's prescription'. My knowledge of what the after effects would be is sketchy but why didn't he tell her to take a Tylenol when she woke up? Not enough to cause even a head ache?

Her sister Ellen doesn't think they should lock up their stuff that they're storing. 'It would look like they didn't trust him!' My husband used to manage a property for his mother and have to interview potential renters. With some of these people, trust me, had there been a way to lock away the carpet and fittings we would have done it. There was the meth addict...the woman who had to leave her 'situation, like right now'...the man who lied about his work history...We were renters ourselves during a large chunk of our early marriage so know that most renters are perfectly fine individuals, willing and able to maintain a home and pay the rent. But there are others and, in a way, Ellen is right. Putting a simple door lock between that kind and your possessions would be a silly thing to do.
Diana: 'anyone over 8 stone seems huge to me'. There are fourteen pounds to a stone...grabbing the abucus...totting the sums...(clickety-clack)...112 pounds! Diana ought to be shot. I don't think everything below my second vertebrae is less than 8 stone! And what's up with calculating weight based on something you want to be nothing like--even 3 stone sounds suspiciously as though it would sink to the bottom of a lake...
Her car has a dickey door handle which she attempts to open with a nail file...and which RDD gets open with his penknife. I'm a little suspicious of this working on cars these days. I've had to break into a car or two and most successes were with unbent wire hangers. One person thoughtfully screwed their spare key in one of the bolts holding in the license plate. And one time I was visiting a church while my brother (having driven 2 and a half hours from home) locked in 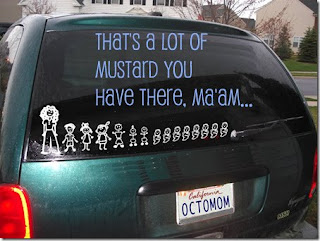 his car keys. One of the security guards (in a suit and tie no less!) had a Slim Jim and manual holding the door mechanism pictures of most car models. It happened all the time, he told us.
Euphemia says that marriage without children is like eating beef without mustard. This has not been the sort of day to ask me if I prefer my beef without mustard. If only I drank. It might be the sort of day to require a double whisky and a nap...

'She toyed with the idea of getting a job somewhere really remote like Tristan de Cunha.'--I dunno about any of you but I'd put money on none of us having the faintest idea where this is. Evidently, it (the southern most circled island to the bottom right) is 'the most remote inhabited archipelago in the world'--population 275. Here's the scuttlebutt straight from the Wiki's mouth:

The first permanent settler was Jonathan Lambert, from Salem, Massachusetts, United States, who arrived at the islands in December 1810.[5] He declared th 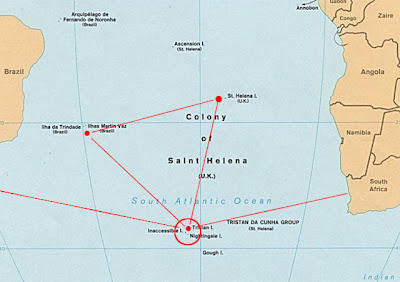 e islands his property and named them the Islands of Refreshment. Lambert's rule was short-lived, as he died in a boating accident in 1812.

...In 1816 the United Kingdom formally annexed the islands, ruling them from the Cape Colony in South Africa. This is reported to have primarily been a measure to ensure that the French would not be able to use the islands as a base for a rescue operation to free Napoleon Bonaparte from his prison on Saint Helena.
Posted by Keira at 8:00 AM