I don't think The Great Betty ever mentions Halloween in any of the books of the canon. I'm pretty sure she never mentions 'fancy dress'...except perhaps(?) in conjunction with a cruise. Even at that, I don't think the main characters are required to dress up (as they would be on duty or something...). My review of Tangled Autumn this week got me thinking...we've got a little over a week until Halloween...I need to nudge the guys in my house and get them thinking - 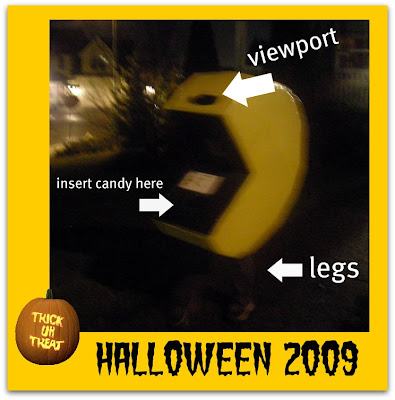 Last year my (then) fourteen year old son decided he wanted to be Pac-Man. He is generally a procrastinator - but for some reason, he was on fire for this one. I think he spent, all told, about twenty hours making this costume. My contribution was buying clear packing tape and yellow plastic tablecloths. Here's an excerpt from my 'regular' blog:
If he had planned it out ahead of time, we maybe could have started saving up large pieces of cardboard. As it is, we pretty much didn't have anything bigger than an orange box...if that big. I think there is possibly more duct tape than cardboard involved here.

It was not a costume to run around the neighborhood in [notice the lack of arm-holes and the restricted vision] - we sent Alex with him to make sure he didn't run into any little kids. His costume was a big hit - everyone recognized the iconic shape and color. I'm practically teary-eyed when I think about all the hard work he put into this costume.
I'm usually that person at the church Halloween party who has opted out of wearing a 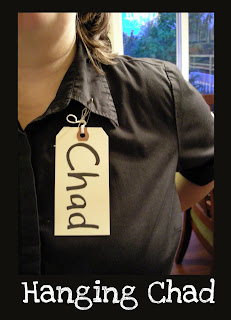 costume. I just am not a costume kind of girl...but a couple of years ago I did steal an idea from Betty Keira (this is when living 200 miles apart is an advantage). Yes, it's a 'political' costume, but just barely. I had to explain it a lot, which is a bit of a pain, but then a friend of mine who teaches middle school Social Studies just about wet her knickers when she saw it. That was good enough for me.
Dr. van der Stevejinck adores dressing up. Unfortunately, he's the one who procrastinates the worst at coming up with an idea (which I refuse to do for him). Several years ago I made him a black robe so that he 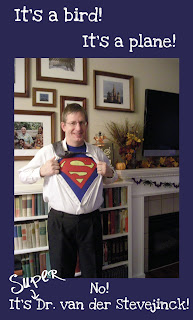 could go as Severus Snape - I grumbled mightily about it (it was the day before Halloween - in fact, it was the evening before...) A couple of years ago I made him a Clark Kent/Superman costume (again, stole the idea from Betty Keira)...it would have been much easier if I could have found a Superman tee-shirt - I had to make one from a thrift store blue tee-shirt - and then I made an applique using yellow fabric as a background with red over it. Yes, it was a bit of a pain, but it worked. I'm wondering if I could convince him to go as one of Rolf's alter-egos this year. Hmm...I'm going to need something for the eyebrows...
I'll see if I can talk Betty Keira into doing a costume post - she's quite creative and fearless about dressing up.
Do you like wearing a costume? If so, what have been some of your favorite costumes?
Posted by Betty Debbie at 10:00 AM

Email ThisBlogThis!Share to TwitterShare to FacebookShare to Pinterest
Labels: holiday