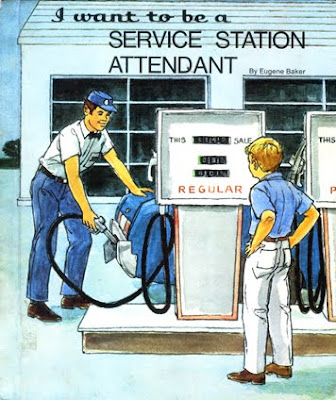 The book starts with Sappha stranded in the middle of nowhere - because she neglected to fill up her tank. This has only happened to me once and never when I've been the driver. My mother was taking me to the dentist and we coasted to a rather anti-climactic stop at the bottom of a hill. I think she made me run the rest of the way.
I read a study (you know, one of those studies somewhere with no attribution or citation) about male and female comfort levels related to the gas gauge--that women were more likely to fill-up on half a tank and men were more likely to go a little longer. I have a phobia of being stranded while pregnant in bad weather with all my little ones on the side of the highway with no cell phone and no gas...and a one-armed man walking toward my minivan with a Bernard Herrmann score playing menacingly in the background. So when the gas light comes on I am frantic to find a station. Not so my husband. Riddle me that.
The Baroness is having a bad year, health wise. Besides the parathyroid osteodystrophy, she is also in mild renal failure AND after her thyroid surgery, she fell and fractured an arm AND a leg. Betty Debbie has a much greater acquaintance with the world of fractures. My third had a maybe/possibly hairline fracture. But Betty Debbie could probably count them on more than one hand now. 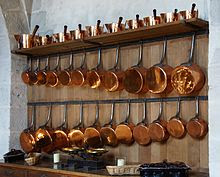 Gloria, the local nurse, has a set of copper pots and pans in her cottage that Sappha covets. I used to work for a department store in the kitchenware department. We didn't sell a lot of copper--it's beautiful but if done cheaply is very cheap and tends to be prohibitive for a basic home cook if done right:
The copper provides the best thermal conductivity of any common metal and therefore the most even heating; the tin lining prevents the copper from reacting with acidic foods. Traditional copper pots, however, are heavy, quite expensive, and require occasional retinning.

When she breaks the vacoliter of blood it's a good thing that our girl is also O positive (or in Bettys words 'O blood, Rhesus positive). My husband is O neg and donates to the Red Cross quite often. Nothing discussion thread-y about that--just note that the vacoliter probably came from an ordinary citizen putting a drop in the bucket. 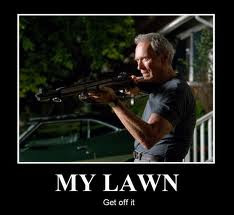 Antonia, age sixteen, says that Rolf won't let her go on dates, unless there are several people and he knows them. (Later on in the book she sneaks out with Dr. Andrew, ex-fiancee of Sappha). Sixteen is the age of dating at our house and I'm a bit bewildered by all this 'hanging out' that goes on. When I was 12 I didn't want to be caught dead doing social activities with a mixed-sex group. At fourteen I was dying to bat my pubescent eyes at hollow-chested specimens (yay, church dances!) and at sixteen caught the tail end of teen-aged 'dating'. But even in the mid-90s there were some boys who knew how to ask a girl on a date, plan that date, and pay for the date (I never went Dutch (I was willing to) but always took 20 bucks, just in case) but there were plenty who didn't. Now it's all about hanging out and hooking up and it feels so drearily pedestrian--ugh, a world of eternal twilight where everyday is casual Friday. I pass. (Oh dear me. All I need is loose false teeth, a sagging bosom and an unhealthy attachment to my prize chrysanthemums to complete my transformation. 'Get off my lawn! You whipper-snappers!') Anywho...opinions? Dissent?

Rolf gives Antonia 'a brotherly slap on that portion of her anatomy best suited to receive it.' Oh Betty. How I love you.